According to Tejarat News, Market returns in the second week of JuneShows that three markets have grown and one market has fallen.

The price of the dollar In the first week of June, it grew by 0.70%. This is the lowest positive return among financial markets in recent weeks.

The return of the gold market in the first week of June 1401 was accompanied by a growth of 3.5 percent.

gold price On Thursday, one million and 428 thousand and 961 Tomans were announced. While the market had reached the price of one million 386 thousand 715 Tomans on the 5th of Khordad.

Coin market buyers also experienced price growth in the second week of June. During this period, the positive return for the new design coin was 5.37%. This was a higher growth rate among the markets.

Gold and coin markets fluctuated last week, and both entered a new channel. All three markets of national exchange dollars, gold and coins, have been rising in the last two weeks. While they ended May with a decline.

خبر پیشنهادی:   Applicants of the National Housing Movement should read/don't bring it, you will be removed

But in another aspect of Market returns in the second week of JuneOverall Index Exchange Fell. The capital market ended the last week at the level of 1,541,979 units.

Meanwhile, the total stock index in the last working day of last week, Thursday, June 26, had reached about 1,564,487. These figures mean a 1.44% drop in the overall index. The stock market was the only financial market to return negatively in recent weeks. The situation was the same last week. While the capital market had ended its rise in May.

Meanwhile, Payam Eliaskordi, a capital market expert on the stock exchange’s weekly forecast, said that the value of stock exchange transactions had been declining over the past week. This value was less than five hemat (one thousand billion tomans) and this issue indicates a change in the situation of the capital market. The whole index moves from its price floor and rises. This trend had started before 1401 and was accompanied by an increase in the value of transactions and reached its peak in the middle of the route, ie more than eight efforts (one thousand billion tomans). The value of our trades will probably increase in a few business days next week.

According to Tejarat News, financial markets have been affected recently Vienna talks Were located.

Meanwhile, news of Iran’s seizure of the Greek oil tanker also affected markets. Traders are now waiting for the June 16 meeting of the IAEA Board of Governors.

But important news affects Market returns in the first week of June What were they?

The spokesman of the Ministry of Foreign Affairs yesterday rejected the baseless accusations made in the final statement of the 152nd meeting of the Foreign Ministers of the Persian Gulf Cooperation Council, and said that the issuance of such statements shows the wrong approach of some member states.

Referring to the statement on our country’s nuclear issue, Saeed Khatibzadeh added: “Borjam and its committed countries are clearly stated in the text of Borjam and Resolution 2231, and on this basis, the parties to the recent Vienna talks are clear to anyone familiar with the basics of international affairs.” Therefore, making such requests, the issuers of which are well aware of their baselessness and irrelevance, only shows the depth of the council’s disregard for the obvious, which results in nothing but growing discredit. Having become the largest arsenal of American and Western weapons in the world, it is not in a position to comment on the missile program and matters related to military policy and defense (ISNA).

Markets await the end of the holiday

Although the news of this week’s nuclear talks has affected the markets, some markets and investors are still cautious and seem to be waiting for the end of the holidays and the arrival of June 6th.

A meeting of the Board of Governors will be held on June 7, and it seems that the Atomic Energy Agency is scheduled to present its new report on Iran at this meeting. A report that some consider a negative report for Iran.

There are two views on the meeting before the Board of Governors. Some believe that the IAEA report may lead to the issuance of an anti-Iranian resolution at the meeting, which is worrying news for the markets.

But others say energy conditions and high oil prices are currently hampering the council’s new action against Iran. Because the Russia-Ukraine war and the Russian energy embargo have had negative consequences for the world energy market, and at the moment no one wants new tensions in the energy market.

Read the full text of the market report waiting for the holidays to end.

These cases or on Market returns in the first week of June Were influential or likely to influence this week. Experts also consider the upward trend of inflation expectations due to the increase in subsidies and the news of the high prices of basic goods to be effective in this regard.

Can a 22% increase in the total value of stock exchanges / corporate assemblies cover the stock market?

Buy the car in Tehran, get it delivered in Kashan!

Was the payment of the 200 million rural housing loan canceled? 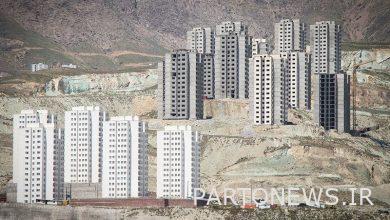 Mortgage extension without the need to purchase bonds