According to Tejarat News, while since last week, rumors about his resignation Minister of Silence It was heard, but today Reza Fatemi Amin attended a press conference. At the meeting, he explained to reporters the situation in the car, steel, home appliances and other markets.

Due to the 10-day period of the parliament to Fatemi Amin, some consider this meeting as his last media conversation as a minister. Of course, he himself began his speech in a way that added to the scandal of his separation from the Ministry of Silence.

Minister of Silence At the beginning of the press conference, he said: “When the industry and mining sector is to be managed, the mechanisms must change.” Our most important mission in the new era is to move towards a new mechanism to optimize existing capacities and resources. But it should be noted that structural reform is difficult and more difficult in the current unstable situation. Inflation has been above 30% for five years. When a new mechanism is to be established, unfamiliarity is part of the story; Unfortunately, the interests of some people in the new mechanism are jeopardized and they are stoned in this direction.

Do these words mean pressure on Fatemi Amin to leave the Ministry of Silence?

Which cars are free to import?

He added: “Last year, there were 143,000 defective vehicles in the carmakers’ parking lot; But now this number has reached 43,000 devices.

He explained about the construction of a joint car between Iran and Russia: Negotiations were held with Russia to exchange parts for the construction of the Thunder 90. Also, the plan to import second-hand cars was completely stopped. However, the import of cars that meet our standards is now free.

This cabinet member added: Iranian car industry has three useful structures based on which Shahin, Tara and Tondar 90 are produced. But the foundations of Pride and Samand can no longer be developed.

Fatemi Amin pointed out: The 13th government will do some important work in the automobile industry until 1402. These measures include reforming the management and ownership structure, stabilizing smooth production and supply chain, and resolving the problem of quality shortages.

Minister of Silence He also described the situation of the home appliance market as acceptable and growing.

Was the problem of industrial power supply solved?

He also referred to the conditions of the steel market and added: steel prices fluctuated in the new year. Although some of these conditions relate to the foreign exchange market, it must be said that steel prices do not follow the exchange rate.

خبر پیشنهادی:   The sale of bonds decreased / a new signal for the stock market

Explaining the impact of Russia’s recent moves on the industrial market, he said: “Russia has recently seen a sharp drop in prices in the steel market. We hope we will not be harmed by the treatment that has been devised.

Minister of Silence “Unfortunately, we have a shortage of electricity in the summer,” he said, referring to blackouts in the industry and the home network. Because 3,000 megawatts of power must be generated annually, but that does not happen. Of course, there is no problem in supplying steel with electricity at the moment. Electricity supply to the cement companies also took place overnight.

Lack of balance in job creation

To believe Minister of Silence In recent years, we have invested time and money in economics, but we have not done the right architecture and structure.

He also criticized the performance of the banking system, stating that new methods of financing should be implemented. Previously, 4,000 billion tomans were spent in the financing of the chain chain, and 20% of the financing this year will be done through this.

Minister of Silence He also referred to mineral exploration: last year we harvested 500 million tons of mines; 4.5 million tons of this raw material were exported, which is a good achievement. In the field of exploration, a resource identification project was started, and in the first step, very good resources were discovered in South Khorasan. More details will be announced in the next month.

To read more, the news of the impeachment of Minister Samat was canceled? Read.

The new teaser of the "Newcomer" series was unveiled + movie 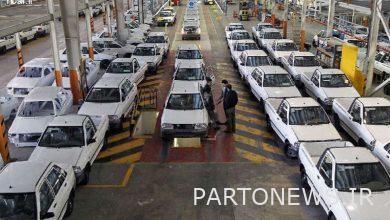 What does removing the 4200 Toman currency do to the car? 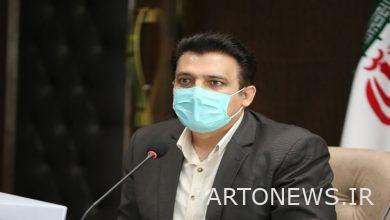 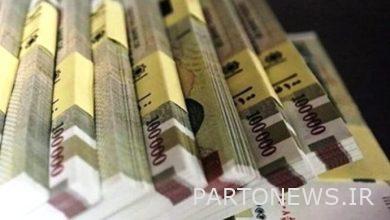 3% of liquidity is at the disposal of banks and foundations