Fars News Agency – Cinema Group: The story of the “Mito Iran” movement began with the revelation of an assistant director on Instagram. In fact, the story began long ago; From the revelations against “Aydin. Famous painter, especially after breaking the record in the Tehran auction. Of course, it started even earlier; Where dozens of girls graduated from the University of Tehran against a person named “Saturn. They revealed on Twitter and the number of rape reports increased so much that the police intervened and arrested the person.

After that, the MeToo movement against sexual abuse and harassment continued vigorously in Iran, and from time to time, stories of harassment and harassment were published in the field of art, journalism, etc., until the first days. New century, “Somayeh Mirshamsi” assistant director for the harassment by the famous actor “Farhad. He had seen one of Hatef Alimardani’s works during the filming, and this was the beginning of Mito’s dominoes. The revelation prompted a group of women filmmakers to issue statements protesting violence against women in the field. (+After this statement, which had 800 signatures, with the vote of the majority of these people, a five-member women’s committee was formed to investigate sexual harassment and violence in the cinema, which included Hanieh Tavassoli, Taraneh Alidosti, Somayeh Mirshamsi, Ghazaleh Motamed and Maral Jirani.

Alidosti’s song at the 75th Cannes Film Festival and his political speeches and the release of a story by the actors of “Leila Brothers” and the presence of two men accused of harassment in this story, started a deviation in the Mito movement and some such interpretations They said that Alidosti was leading the Mito movement to attract public attention and to covet the award from the Cannes Film Festival.

Meanwhile, when the presence of Saeed Poursamimi, the 79-year-old actor of “Leila Brothers” on the red carpet, caused a wave of praise, Katayoun Riahi, according to her, broke the silence after 25 years and claimed that Poursamimi attacked her at the cinema. became.

Immigrant actor Laden Tabatabai made a similar claim about Poursamimi. Of course, he later explained about his claim that there was no physical contact, only verbal assault.

* Withdrawal of some signatures in response to unsubstantiated claims

Following the claim of Katayoun Riahi, a number of women filmmakers, including Mastana Mohajer, Hengameh Ghaziani, Pantea Bahram and Hoda Zineh Al-Abedin, withdrew their signatures from the famous statement of women filmmakers in a protest movement. They were criticized for accusing male filmmakers without providing evidence before proving a crime. Some actors also believed that relevant institutions such as the Cinema House, the Cinema Organization and the judiciary should take the initiative and get involved.

For example, Hamid Farkhonejad wrote in protest of this method of accusation without evidence: The accused is different from the convict, any move if not legal leads to corruption, that anyone can publish a personal name without proving a crime and without the conditions for defense. One of the weaknesses of the movement that could be positive, this type of action causes the prevalence of extortion and damage to the principle of purpose that is necessary for the security of our society and in all areas of work, please be more vigilant to make this movement fun Let us not make the law the focus if we do not intend to propagate and remind ourselves of our forgotten and possibly ransom.

Pantea Bahram, a film and television actor, also said: “I am strongly protesting against a part of this movement in the past few days, and I feel that the movement we have is turning against itself.” I do not understand how clear and face-to-face naming of people will help our movement. We are not going to hurt because we hurt! We are not going to act like vindictive people. We are not going to execute the psyche of others, because we have hurt ourselves. This was not supposed to be the case from the beginning. We wanted to prevent this from happening. Not only does naming people not help the story, but instead of cooperating, we become like the people we are confronting. Please do not personalize the story and let us solve our problems in a more private way.

Taraneh Alidosti also wrote in response to a critical text entitled “I wish you did not fit in”: We are doing a lasting legal work and no margins will stop it. The statute takes months because, unlike the reactions and criticisms of Instagram, it is not an emotional and overnight task.

Finally, it seems that the Mito movement should seek legal action instead of unsupported revelations in order to reach its destination and avoid sarcastic judgments.

This issue can also be seen in the latest statement of the representatives of women filmmakers. They have emphasized that instead of disclosing, they are drafting a code of conduct and have written: “We will not publish any narration from now on because we are basically not qualified to verify and publish narrations.” We will be with the narrators until they present their grievances in a reasoned manner to the committee whose mechanism we are designing.

Why didn’t “Loser Man” have the soundtrack? 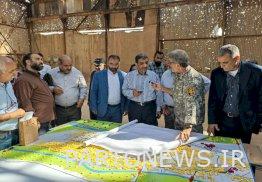 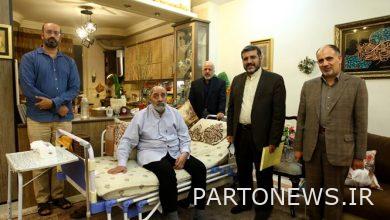 The Minister of Culture and Islamic Guidance visited Jamal Shoorjeh