In May and June, bitcoin sellers and buyers (both short and long traders) were both surprised by the price fluctuations; But as the latest statistics show, recognizing the turning points of the trend and trading in this time period could be much easier than many people imagine.

To Report Quinn Telegraph Statistics on the Whalemap analytics platform show that Bitcoin whales have largely dictated their decisions to the market in recent weeks.

Researchers at the WillMap platform have proven in a new report that bitcoin price caps and ceilings have formed at exactly the same levels during which whale market activity has increased.

When the richest wallets in the Bitcoin network decide to buy or sell, the price clearly responds to their behavior. Therefore, for those looking to reduce the risk of their short-term trades, it may be important to consider the levels at which whales are most active. “Is it even easier to trade?” Wrote Will Map experts on Twitter, referring to the trading strategy based on whale behavior.

Statistics show that some of these whales are more active than other wealthy bitcoin holders. For example, it seems that over the past week, one of these rich addresses, which has been active in Bainance, has been involved in price fluctuations in the price range in a narrow range on the chart, with its planned sales.

Credible Crypto, a well-known digital currency analyst on Twitter, said about this whale:

This Bainance whale has left its mark on all recent bitcoin floors and ceilings. I monitored the movements of this whale during this time; He would buy a new unit on the floor and sell it when the price peaked. He recently bought 2,000 bitcoins (equivalent to $ 60 million) at $ 29,200, just before the recent 24-hour jump in bitcoins.

The leap that Cordible Crypto pointed out was just as short-lived as the mid-week rise in the price of Bitcoin, and the market has already largely offset much of that growth.

Also read: Who is the Bitcoin Whale and how does it trade?

If we want to take into account factors outside the digital currency market, despite the inflationary conditions around the world, we still can not be very optimistic about the future of digital currencies.

While whales have kept prices in the narrow range, the correlation between bitcoin and the global stock market has left traders frustrated with price recovery.

Financial markets expert Bob Loukas says the global stock market is unlikely to calm down in the short term, despite the acceleration in the implementation of contractionary monetary policy around the world.

Still a stimulus [برای افزایش قیمت‌ها] I do not see that I can say that the downward trend of the stock market has reached its bottom. I have said before that this downward cycle seems to be longer. Forecasts of price fluctuations along this cycle show that prices will fall again as summer approaches. I hope I was wrong; But I think for a while we will see the sale of investors. [ضمن اینکه] I do not feel I may miss a big leap.

Iran Insurance paid the benefits of investing in life insurance 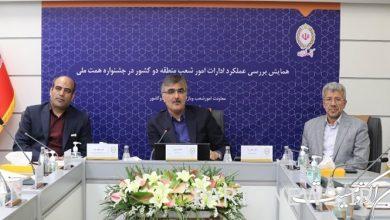 The festival of Iran Insurance Discounts has been extended