According to Fars news agency, Peyman Jabali, the head of the Broadcasting Organization, attended the joint meeting of the representatives of the cultural commissions and the integration of the Islamic Council with the ministers of culture and Islamic guidance, sports and youth, as well as cultural heritage, tourism and handicrafts, while presenting a report on the measures And the planned activities regarding appropriate media coverage of the World Cup in Qatar announced the comprehensive support of the national media for the Iranian national football team as its twelfth supporter in this tournament.

Jabali stated: Special broadcasting of different and diverse programs live and produced, focusing on the analysis and investigation of different angles of holding the World Cup by inviting experts and veterans in this field, as well as broadcasting interesting documentaries explaining the composition, history and margins of teams and countries. Attending this big sports and football event is on the agenda and it is supposed to start 10 days before the opening of this tournament on different radio and television channels.

He announced that the news and programming teams consisting of reporters, reporters, presenters and technical agents have been sent to Qatar, and added: A dedicated studio has been prepared and equipped at the venue of the matches, which will broadcast live to the audience and football-loving people. It will determine the flow of the text and margins of the games and how the 2022 World Cup will be held.

Ahmed Rastineh Hefeshjani, the spokesperson of the Cultural Commission in the Islamic Council, also explained the agenda of this commission and said: This meeting is about the discussion and review of the cultural attachment of the World Cup with the presence of the Ministers of Sports and Youth, Culture and Islamic Guidance, Cultural Heritage, Tourism and Handicrafts, the head of the Broadcasting Organization and the managing director of Kish Azad Zone and a group of representatives were held in the Consolidation Commission.

خبر پیشنهادی:   Pursuing the insurance of crafts artists of Fars province with the presence of the people's representative in the Islamic Council

Rastineh emphasized: In this meeting, Jabali, the head of the Broadcasting Organization, referring to the latest measures taken in order to produce content in the national media, a report of the planned programs in the national media for the wide coverage of the holding of football matches in the international meeting of the Jam. World 2022 presented by Qatar.

He further noted: In this meeting, the representatives discussed their concerns and suggestions for better participation in this event and its reflection. Also, the synergy between the institutions and the preparation of a comprehensive cultural appendix to benefit from this cultural event was another request of the majority of the representatives present in this meeting.

Minister of Guidance: More serious activities should be done regarding Iranians living abroad 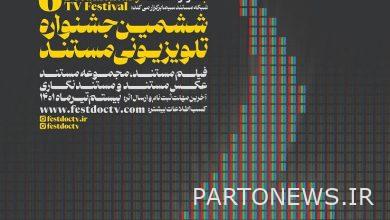 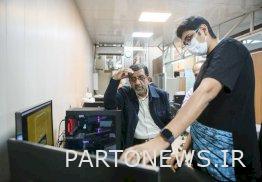 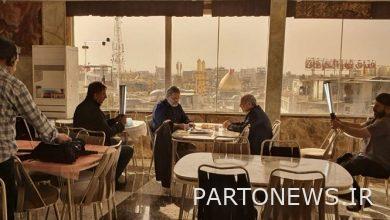 The filming of the TV series “Binshan” has ended in Karbala

We follow the specialized training of ecotours on a provincial basis/ introducing local handicrafts is one of the tasks of ecotourism lodges.