Quoted from فارسZabihullah Khodaian, in a press conference held on Sunday, while congratulating on the occasion of Judiciary Week, said: Imam Khomeini (RA) had announced in relation to Martyr Beheshti that he was a nation. His appointment as head of the judiciary reflects the dignity of the judiciary.

Referring to the performance of the General Inspection Organization, he added: “We tried to make inspections problem-oriented during the transformation period and to carry out programs accordingly. There are issues in the country that are important, and for this reason, corruption must be rooted out.” Confronted.

The head of the National Inspection Organization added: “We had 5,000 inspection cases last year, 1,000 criminal cases and 2,600 violation cases in this regard, and several thousand warnings have been reflected to the competent authorities.”

He added: “We hope that with the aim of preventing crime, with the help of the government, we can reach a place where there is no need to deal with people.”

خبر پیشنهادی:   What negative effect does the increase in housing prices have on the economy?

He added: “Sometimes we see that an official in a position does not fulfill the law and because he has not done anything, no one goes to him.” Leaving the verb may have a greater effect on aberrations.

Khodaian continued by stating that abandonment has been a special issue in recent years.

He added: “In the inspection for some of the cases that we entered, cases were formed, among which we can mention the issue of setting up a trade system, in which some devices did not perform their duties, and based on this, some institutions, including the Food, Drug and Customs Organization, Relevant institutions were introduced. Also in connection with Exchange We came in and investigated the issue.

Khodaian continued: “We monitor the implementation of the rules and duties of the devices in all matters.”

The head of the National Inspection Agency, regarding the involvement of this organization in the issue of car disorder, said: The Ministry of Silence had announced that it had designed an integrated system for car lottery and announced the names of several thousand of these people as those who won the lottery. But after applying for registration, they found out that their name was in the archives.

He added: “Before the lottery, it was announced that this system does not have a suitable platform, so we entered into this issue and the issue is being investigated.”

Khodaian stated: The Ministry of Silence justified its actions by sending letters, but due to the problem that had arisen for the people in this regard, the inspection organization got involved in the issue.

Regarding whistling and recording violations in the system, the head of the National Inspection Organization said: “Our best observers in the country are the people.” Informing the public will definitely help the inspection organization.
In the central inspection, we have public monitoring and handling public complaints. Through two systems called complaints and reports, people can register violations and complaints. From the beginning of the establishment of the system, 100,000 cases of violations, crimes and complaints were registered by the people.

He continued: “The identity of the people who announce the reports remains protected.”

The head of the National Inspection Agency, in response to a question about the fact that last year the General Inspectorate informed two domestic automakers about the accusation, said: “170,000 cars were defective in warehouses. We have a defective car, with the follow-up of this organization and the government and the president himself, the number of cars decreased and by the beginning of September, they announced that it would be reduced to 15,000 cars.

He added: “The number of cars provided to the people increased.” After that, the new managers of these two car manufacturers came to work and the issue was raised with them.

Khodaian said regarding entering the case of violations of the stock exchange: no one has been arrested yet. Good actions were taken with the help of responsible agencies. After the increase of the stock index, we saw a rapid decrease, which was due to some violations.

He added: pathology was performed and measures were taken to improve the situation Exchange done.

The head of the National Inspection Agency said: “Warnings have already been issued to the relevant official.” A criminal case was filed in connection with the Tehran Stock Exchange, where the currency code was set up.

Many executives of companies operating in the capital market were prosecuted and 120 executives were sentenced to various punishments.

Chief of Police: Interaction between the police and the judiciary is the basis for improving security / Dealing with crimes and anomalies on the agenda 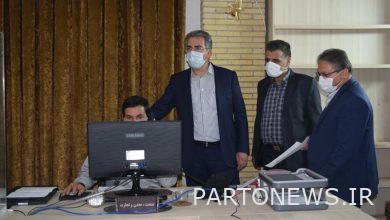 Housing market forecast / National housing movement has no effect on the market?