Fars News Agency Health Group- Mohammad Tajik:From the day the coronavirus was found in Wuhan, China, and the death toll from the deadly virus increased, scientists around the world began a tough duel to make vaccines, from Fayez and Moderna in the United States to Sinofarm and Bharat in China and India. …

Iran also entered this breathtaking competition as one of the 5 most important countries in vaccination, and the light of vaccination was turned on with the news of the beginning of the production of Cobraket vaccine.

Of course, this was the beginning of a clear path in the production of Covid 19 vaccine in Iran, because many scientists in research and scientific institutes began diligent and round-the-clock efforts, and the result of these measures is the encouragement of 5 platforms for Corona vaccine in Iran.

Pastococcus vaccine as an Iranian-Cuban vaccine is the result of interactions and cooperation between Iran and Cuba.

The vaccine consists of two doses and one booster dose. Pastococcus vaccine is a type of conjugate vaccine. The first and second stages of human testing of this vaccine were performed in Cuba and the third stage of clinical trial was performed with the participation of Iran and Cuba; So that the third phase of internship in Iran began on May 26, this year with the presence of Saeed Namaki, former Minister of Health at Isfahan University of Medical Sciences, with the injection of vaccine to four people.

According to the head of the Pasteur Institute of Iran, the vaccine cell bank in Iran is at our disposal and technology transfer has taken place and we have the production capacity. Iran’s contract with Cuba is a joint production, and both countries can produce the vaccine independently.

Vicentez Bencomo, President of the Cuban Finlai Institute“Corona was the beginning of a new partnership with Iran to produce a vaccine against an unknown virus with Iran, based on our experience with pneumococcus in recent years,” he told a news conference earlier this summer. It was a good opportunity to use that experience for the Covid 19 vaccine.

This joint venture is based on the vaccine produced and named in Cuba “Subrana 2” and “Pastococcus” which is produced and used in Iran and the aim of this vaccine is to prevent disease and even prevent the transmission of infection.

For information on the latest status of Pastococcus vaccine production and production rate, effectiveness, etc. with the doctor Alireza Bigleri, President of the Pasteur Institute of Iran We sat down to talk. 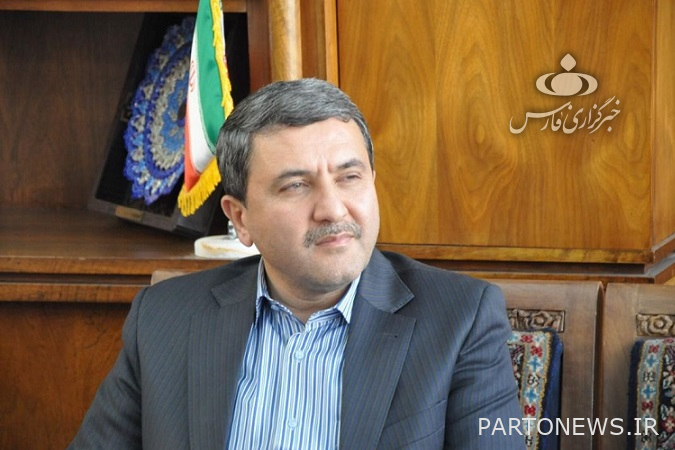 “This is the only vaccine in the world that can be used as a third dose or as a reminder of all vaccines in the world,” he said, referring to the special and unique characteristics of Pastococcus in the world.

The monthly production schedule of 5 million doses of vaccine, the publication of documents and scientific articles on vaccines to be submitted to the World Health Organization, the ability of the Pasteur Institute to export vaccines, etc. were among the issues he mentioned in this interview. کرد.

What follows in your opinion is the details of this conversation.

Dr! As a first question, describe the latest status of the Pastococcus vaccine.

Our production plan is to produce 5 million doses of Pastococcus vaccine per month, and considering that mass industrial production started from mid-October to mid-December, we had a pre-purchase contract for 8 million doses of vaccine, but no amount from the Ministry of Health. did not receive. 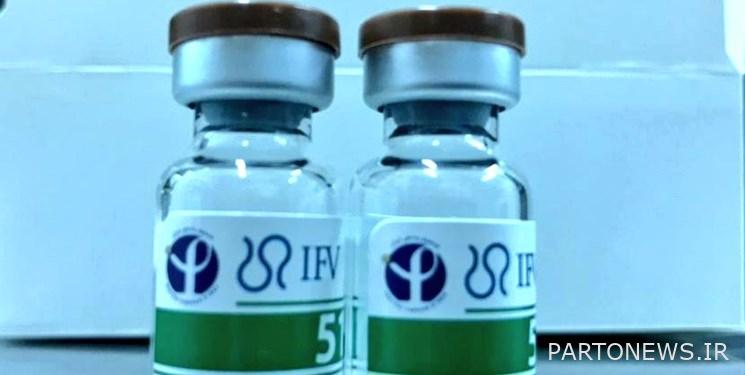 Because when vaccines are produced, they have to be quarantined for a while, and the vaccine is reviewed by the Food and Drug Administration and then allowed to be distributed.

* Mr. Doctor! Did you say that it can be used as a third dose or as a reminder of all vaccines, does this mean that this is a special and unique feature of the vaccine?

Yes; No vaccine has ever been designed or developed as a booster dose in the world, and Pasto Cook is the only vaccine that has been developed as a booster dose. Now the companies Pfizer and Astraznka, etc., if they want to use the third dose or reminder, they inject a main dose of their own vaccine, which considering that people who have been vaccinated before, if they get the full dose, the side effects of the vaccine may increase and the third dose may. Have more side effects than previous doses.

That’s why we focused on this issue last year to consider the third dose as a reminder dose for our vaccine and to be slightly different from the original dose.

In the two main doses we use pastococci, which is conjugate; That is, 6 pieces of Covid vaccine are placed on tetanus or tetanus toxide, which makes the vaccine use a small amount of Covid antigens and therefore has few side effects; As shown in clinical trials. This is a system that has been used for years, even in children. It has been shown to be very safe and highly effective.

Phase III trial conducted in Cuba and Iran. In Iran, the feature of our trial was that in 8 cities of the country we provided the vaccine to 8 universities of medical sciences to test the vaccine for us and under the supervision of food and medicine in, Yazd, Babol, Sari, Isfahan, Bandar Abbas, Zanjan, Hamadan And Kerman was subjected to a clinical trial.

This was done in different people; Given that one of the hardest tasks is to select test volunteers from those with underlying diseases. You may test on healthy people, but we need to know that when they want to get the vaccine, everyone uses it, even patients; as a result, we promised from the beginning that one-third of those selected for the clinical trial would be selected from those with underlying disease. 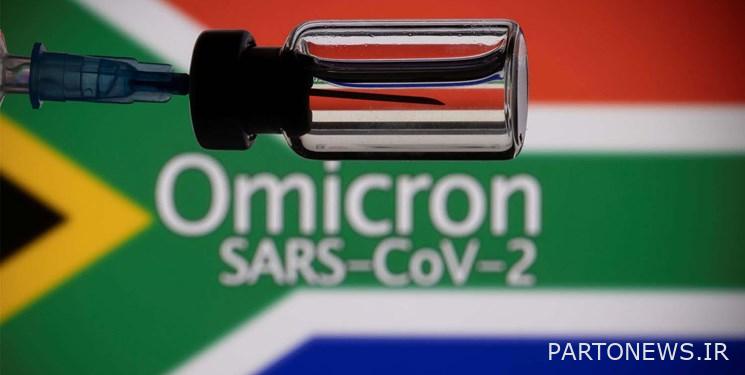 For a hundred years, the Iranian people have trusted the name and brand of the Iranian Pasteur Institute, and we could not afford to produce a vaccine that was in doubt, and therefore 29.7% of those who entered the vaccine clinical trial were selected from people with the underlying disease.

That is, one in three people had controlled diabetes and high blood pressure; That’s why we are so comfortable when the vaccine is being used now; Because the vaccine has been tested on people with the underlying disease.

*Dr! This is why the Pastococcus vaccine is under-produced and not available at all vaccine injection centers. Explain in this regard?

It is designed to produce approximately 5 million doses, but since October, when it was included in the vaccination basket, the Ministry of Health has tried to allocate it to children in the first weeks, because the issue of reopening schools was raised, although it was also used for adults a few weeks ago. It becomes.

Explain the effectiveness of the Pastococcus vaccine in preventing or reducing coronary heart disease.

Considering that in clinical trials it was shown that in 100% of people it can produce virus-neutralizing antibodies and in practice the vaccine showed that in 96.5% of cases it could prevent the development of severe forms of the disease and hospitalization.

We had people in families who had been vaccinated with us and other family members who had used another vaccine and it showed that they either did not get it or had very mild symptoms if they got it. 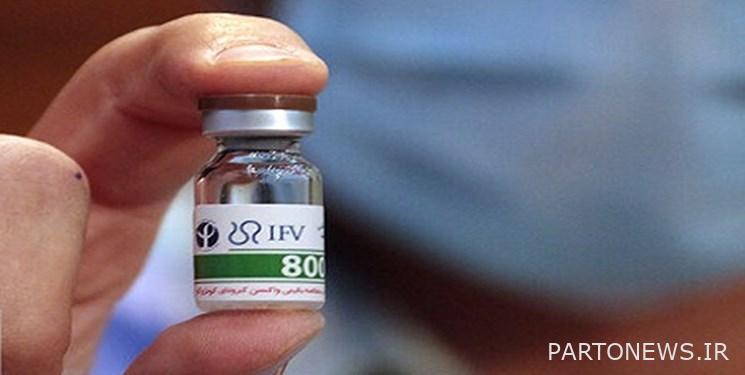 This showed that the Pastococcus vaccine has had a great effect. Given the remarkable effectiveness of the vaccine and the people’s trust in us, we will certainly be welcomed, but planning to produce a function of the country’s needs and the announcement of the Ministry of Health; Because we actually produce 2 vaccines; Pastocook and Pastocook Plus.

خبر پیشنهادی:   Zakani: With jihadi manifestations and following the martyrs, the integration of problems will be solved

We usually produce these two by one; Because in adults, two vaccines are usually given and one booster vaccine or Pastococcus Plus is given. In children, only two doses of Pastococcus are used and currently no plus or booster dose is needed. In Iran, two vaccines, Sinofarm and Pastococcus, are available for children.

Pastococcus in vaccine showed that in 96.5% of cases it was able to prevent the development of severe forms of the disease and hospitalization

Parents can use this vaccine due to their trust in the Pasteur Institute. We produce one plus for two pasta cooks, but for children the same two doses are needed; of course, if there is a need to remind, we should produce more plus; As a result, the production of these two vaccines is subject to the announcement of the Ministry of Health and the needs of the country.

All vaccines must be retested against new mutations that occur.

Considering that previous experiments showed that when Delta came, Fayez, who was 95% efficient in the previous variant of the virus, halved its efficiency; Therefore, it is likely that all vaccines will be less effective with the new variants.

But as information in the coming days will show whether or not vaccines need to be redesigned, vaccine manufacturers will have to make conclusions about reproducing their vaccines. 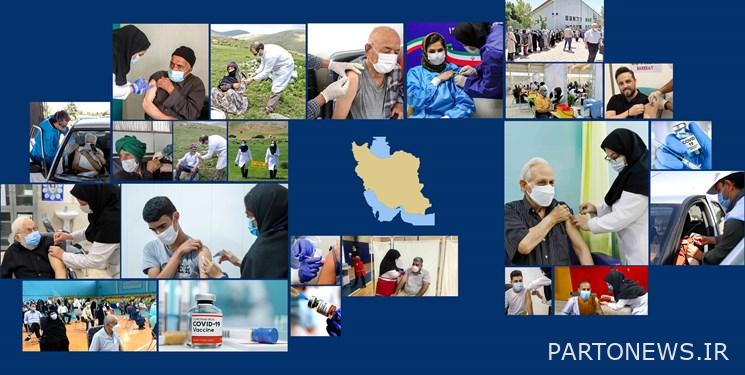 *Dr! These days we are talking about a new strain of the corona virus called omicron; what is the characteristic of omicron?

In communities where vaccination rates are not high, the virus circulates more and is more likely to mutate

This strain has much more mutations than other previous mutations, which calls into question the speed of virus transmission and the severity of the disease.

We need to look closely at the behavior of the virus to see if it speeds up transmission, infection, and mortality. It’s too early to say what this new virus and strain is; But the evidence is not convincing and can be worrying; The international community must be careful not to let this side prevail.

* Have you provided the scientific documentation of the Pastococcus vaccine to the World Health Organization?

The results, given that we met all the requirements for obtaining a global health certificate and tested in two countries and in several centers, and tested all age groups from young to 80 years old, as well as people with underlying diseases, the results The high viscosity of the vaccine helps to increase the chances of the vaccine being approved by the World Health Organization. 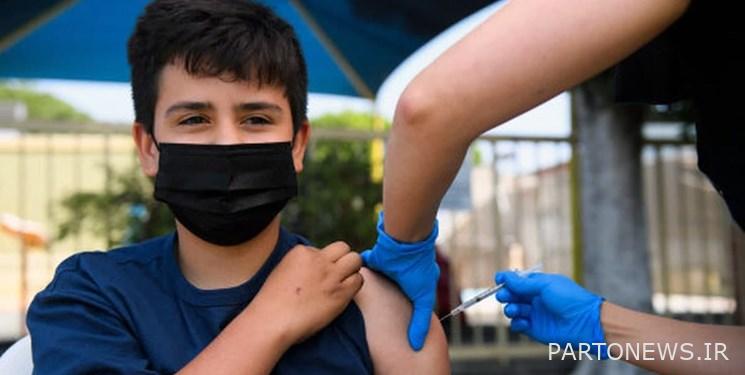 Pastokov scientific article on the verge of publication

The first step is to prepare an article for the results of the clinical trial and submit it for publication within the next two weeks; Once this is published, you will apply for a permit from the World Health Organization.

The impressive results of Pastococcus help to have a very high chance of this vaccine receiving the necessary approval from the World Health Organization.

We have the ability to export Pastokov

*Dr! Do you have any plans to export the Pastukov vaccine?

It depends on the needs and policies of the country.

Yes, of course; Pastococcus is one of the most popular vaccines.

Which feature makes the captions of the series last? / Akhshabi: Not all series should have captions 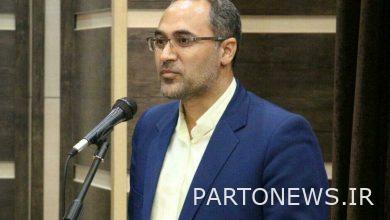 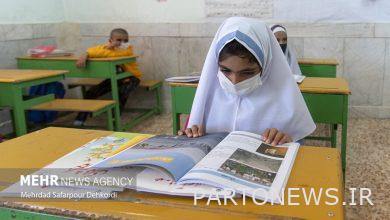 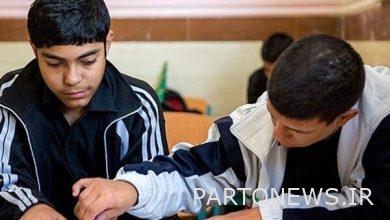