According to Mehr reporter, Mehdi Rasool Panah, the CEO and former chairman of Persepolis club’s board of directors, addressed various issues in his latest interview under the pretext of suing this club for taking his demands and closing the Persepolis account; From attempts to fire former Reds head coach Gabriel Calderon, who he said was “planned”, to the many mistakes in the contract of Irish striker Anthony Stokes.

Yes, I am a dentist

At the beginning, Rasool Panah confirmed that he is a dentist and said about his unrelated presence in football and Persepolis: What did the football managers who had 30 years of experience do? We had so many football managers. Of course, I will not say everything. Some people also worked hard.

The reason for the disagreement with the CEO of Persepolis

In response to this question, what defensible performance does he have in Persepolis? He stated: When I joined the board of directors of Persepolis and joined the club, I went through all the hierarchy. I was aware of all the issues. When I was the chairman of the board of directors, I had a problem with the CEO because Persepolis had to act legally. When I entered Persepolis, especially when I became the head coach, we faced a severe crisis of internal and external cases, and with one point, we were the fourth team in the table. When I became CEO, I knew all the conditions. I did not say that I have an inheritance – debts -. Of course, we also had a strong board of directors.

The former CEO of Persepolis continued: We had an agency that unfortunately had a contract and did not have the motivation to generate income. Our disagreement started there. The broker’s duty was to pay. We told Soltani Far – the then Minister of Sports – that this will not happen and that you should deposit money to the club, while there were no conditions for depositing money. I said that if I want to become a supervisor, let us modify the brokerage contract or sign this contract. The members of the board of directors followed this up with their own authority and we signed a contract for 110 billion tomans, which they said in the press was Turkmen tea, but they paid the last rial. Has there been such an agreement in the history of Persepolis?

It was the only year that Persepolis achieved revenue generation

Rasool Panah emphasized: During the management period, we took ownership of two stadiums in our own name, one in Shahada Anonymous and one in Darfashifar. We reduced 25 billion in the contract of the players. We took the team to the finals of Asia. We gave bonuses and contracts. According to the report of the Privatization Organization, it was the only year that Persepolis achieved revenue generation. Out of 13 foreign cases, we closed eight, especially the case of Branko Ivankovic.

Regarding the closure of the Persepolis account and that it happened because of the expenses you made and your complaint, he said: No. The CEO of Persepolis made a statement and said “I have heard and I don’t know”. These statements are baseless. Persepolis account cannot be closed or blocked. He did not come to make at least one inquiry from the legal department whether this account can be blocked or not. Those who complain, for example, the amount of 1 billion Tomans, this amount is seized in the account, but the account is open.

خبر پیشنهادی:   Taremi is on the radar of Italy's fourth team/Lazio's tour for the Iranian striker

The former CEO of Persepolis, reemphasizing that this club’s account is open, added: Recently, Irancell deposited 25 billion and gave it to the players – Persepolis – which was from this account. I don’t know why they say that I have closed the club account.

I was in favor of handing over the club, but in the right way

Regarding the letter he gave before the handover of Esteghlal and Persepolis, in which he expressed his opposition to the privatization of these two clubs, Rasul Panah recalled: “We ourselves are in favor of the handover, but in the right way.” This is not the correct form. We wrote a letter and told them to think together and invite the managers, but they took action after they had done their work. It was “the medicine after Sohrab’s death”.

Government transformation document; The best solution for handing over Esteghlal and Persepolis

Stating that during his management period, he generated 270 billion Tomans through the Persepolis brand, he said: The best proposal for handing over was the government’s own transformation document, which was announced on March 8, 1400. In this document, it is clearly stated that these two clubs will be handed over with a management agreement in three or four years. Give to companies that are the private life of the government. They should work for three or four years and generate income rather than handing it over all at once. Why was this not noticed? In this transfer, only 24% of the people bought the shares of the club and it was not welcomed. The rest was ordered and over-the-counter.

Shoja Khalilzadeh’s case has no secrets

The former CEO of Persepolis, who during his career had a challenge with Shoja Khalilzadeh, the defender of this team, in response to the question why Khalilzadeh was not sued? He clarified: The club filed a complaint. We also sent it to the status determination committee. This issue is not a secret. Documents are available. This player had a three-year contract. Shoja is popular and I like him a lot in Persepolis. He knows it himself. It is different in management. I don’t know what the next administration did. Shoja had two more years of contract. We decided to stay for two years, but he canceled himself.

We could not send Stokes’ contract to FIFA

Rasool Panah said about the reason for Persepolis’ failure in the case of Irish striker Anthony Stokes: This contract was not during my management. Stokes went to the Emirates with the team to play Sharjah and never came back. During our management period, the discussion of Corona and games was canceled. He could not come to Tehran during this time. According to the Stokes contract, we did the legal work. Stokes’ contract stated that we should file a complaint with the Iranian Football Federation. This is the problem. This contract was so “in short” that we could not send it to FIFA. The dates were also wrong. I don’t know whether it was accidentally or intentionally, but the contract had 20 or 30 errors. We were only able to enter in such a way that the last 50,000 dollars did not hit us. We have suffered the biggest blow in Persepolis from the legal dispute.

خبر پیشنهادی:   Another lasting record for the star of the Portuguese national football team

Calderon wanted to return, but Ansarifard was not his condition

According to Mehr reporter, Rasul Panah’s other discussion was about the reason for Argentine head coach Gabriel Calderon’s departure from Persepolis, which happened during the time of CEO Mohammad Hassan Ansarifard. Rasool Panah, in response to this question, why didn’t he prevent Calderon’s separation as the chairman of the board of directors? He said: You will not believe in the discussion of Calderon. There are messages. He wanted to return, but he made a condition that the CEO is not Ansarifard. We said that this is not within your control. They made the servant of God not come again. It was spaced. I don’t want to say that he was threatened. We helped a lot.

We went to Calderon and were shocked

Stating that this incident was a problem between the CEO of the club and Calderon, he said: “If you read the contract, you will realize that when he resigned, if we paid a third of his contract, he could have left because he had resigned.” This problem was between the CEO and him. When we went to Calderon, there were some issues that shocked us. It was said that the members of the board of directors had also stayed. Calderon also passed a part of his amount and went with Persepolis, but there were certain issues that it was better not to return. He was a coach who reported to the board every two weeks, which was really shocking. He valued the club.

Let’s talk, they complain about us

“Where did this disagreement come from that ultimately led to Calderon’s separation?” Rasool Panah, who was talking to the “Varzezgah” program, answered this question and said: “Some issues are true and cannot be proven.” If we say some things, they will go to the court in the morning and complain.

“Was there a desire to change the head coach?” In response to this question, the former chairman of the board of directors of Persepolis said: Yes, it was planned. If you were watching the news, you would know. They wanted Calderon not to stay, but the board wanted him to stay. Calderon spoke on a TV show. We should not deal with this issue. All fans understand. They made checks for us and said that the caldron is running. We said what happened to the money. If they had paid five days earlier, they would not have suffered any damage.

I will not return to Persepolis again, but…

According to Rasul Panah, the reason for Persepolis’ exclusion from Asia was the open Calderon case in FIFA. The former CEO of Persepolis also stated that he no longer wants to return to this club and said: “But if help is needed, I am ready to help.”

The meeting of the country's tourism deputy with Tajik tourism officials

The Republic of Azerbaijan summoned the ambassador of Iran 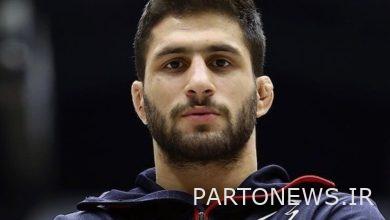 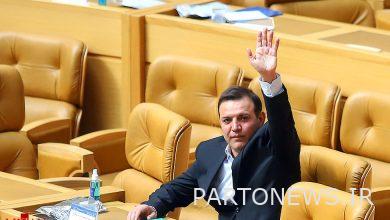 What is the reason for the resistance, dear servant, for not holding a meeting of the board of directors of the Football Federation? 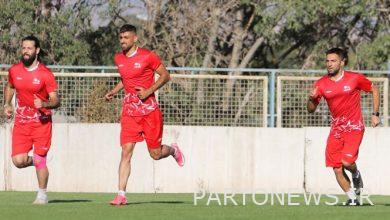 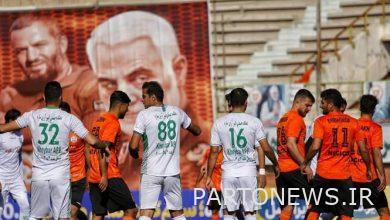