Meanwhile, the additional remarks of Minister Samat, as well as the narration of the MPs about the role and opinion of the government in formulating the plan to liberalize car imports, show that the governments are not seriously opposed to the resumption of imports. Examining these statements does not even refute the hypothesis that the government agrees to import cars under certain conditions in order to make the market more competitive.

What prompted media analysis in the past two days to move the government against the import of cars was Minister Samat’s brief statement that “the government has no plans to import.” However, Fatemi Amin’s supplementary remarks do not indicate the government’s opposition to resuming car imports. After his meeting with the members of the Economic Commission of the Islamic Consultative Assembly on Monday, referring to the ban on car imports, he said that the ban on car imports was created in 1997 due to the decrease in the country’s currency balance; Imports of a number of items, including cars, were banned at the time due to severe sanctions that led to a decline in the currency balance due to a lack of oil sales.

According to Minister Samat, the issue of banning the import of cars in the current situation is approved for a part of the market of domestic manufacturers to prevent them from being hit, but the car market must also be competitive. According to Fatemi Amin, currency restrictions and import bans are in transition. If we consider these remarks of Minister Samat as the criterion of the ministry’s opinion on the issue of car imports, it becomes clear that the government does not have a serious opposition to this issue, but in any case, it has not made a definite and short-term plan to resume car imports.

According to the additional remarks of the Minister of Silence and the speeches of the member of the Parliamentary Committee on Industries, three general issues can be raised regarding the issue of liberalizing car imports. First, the plan was written under the supervision and approval of the government, and second, the government’s concern in this matter was the outflow of currency and damage to domestic production. The third issue is that the government does not seem to want to liberalize car imports, and now that the parliaments are looking for it, it has somehow been forced to succeed.

In view of these issues, it is clear that the government’s views have been taken into account in the plan to liberalize car imports, and its sign can also be seen, firstly, in imports without currency transfer and, secondly, in terms of the time frame for imports. In other words, the parliaments, with the partial approval of the government, have formulated the plan to liberalize car imports and have prepared the plan in public, so naturally the governments should not have a serious and general opposition to it. The government has been concerned that by liberalizing car imports, the currency will not leave the country and domestic production will not be harmed, and the parliaments have eliminated both. On the issue of government currency concerns, the parliament’s plan is based on imports without currency transfers, so no currency is to be taken out of the country at all once car imports are liberalized. On the other hand, the statements of the members of the Parliamentary Committee on Industries and Mines show that they have tried to keep the domestic production side in the plan to liberalize car imports. As stated by Ruhollah Izadkhah, a member of the Parliamentary Committee on Industries and Mines, the plan to regulate car imports has been announced on the basis that the import of foreign cars, according to the lack of effective demand, should be done once every 6 months and with a certain ceiling. According to him, there is a specific index for car imports, which means that we have specified what kind of car, with what fuel consumption and with what quality can enter the country without currency pressure. According to Izadkhah, it is clear that the parliaments have tried to formulate a plan to liberalize car imports so that domestic manufacturers do not protest and suffer, because whenever it is felt that double pressure is put on the car industry, imports will be stopped.

Another point about the issue of car imports and the positions of the Ministry of Silence and the parliaments is that it seems that this ministry, despite not opposing the liberalization of imports, does not want to take the lead in this matter. In fact, it seems that now that the parliaments are seeking to liberalize imports, the government and the Ministry of Silence have stood aside so that they will not be accused later if they protest against import liberalization and raise issues such as hurting domestic production and promoting luxury goods. Assuming that car imports are liberalized by a decree of the Islamic Consultative Assembly, the government will act only in the form of law enforcement and will not be criticized or objected to, while this could help the Ministry of Silence in fulfilling its promises to create competition in the car market. .

But the important question that arises about the issue of car imports is that it is necessary to resume the import of cars in the current situation? Perhaps the question could have been answered negatively if the currency had left the country and hit domestic production, but now that imports are based on non-currency transfers and are adjusted to the situation of domestic producers, the story is different. Considering the lack of currency transfer on the one hand and the current situation of the country’s car industry and market, it seems that the resumption of imports can be to the benefit of consumers and producers. One of the important events that will follow the liberalization of car imports is the breaking of the price bubble in the foreign car market. In addition, even a drop in prices in the domestic car market is conceivable. Therefore, by liberalizing imports, the car market can be moved towards price regulation. With the import ban, car prices have risen sharply over the past three years, to the point where foreign cars are no longer available to many customers. The growth of foreign car prices in the domestic market has also affected the domestic market, so that experts believe that one of the factors stimulating the domestic car price curve has been this issue (import ban and growth of foreign car prices).

In addition to the price issue, creating competition can also be another positive consequence of liberalizing car imports. The country’s car market is currently monopolized by large state-owned companies, and resumption of imports can create competitive, albeit limited, competition. This can reduce the monopoly of the country’s car market to some extent, and at the very least, some customers will be able to use the world’s latest cars.

Separation of the German star from the group of gunners 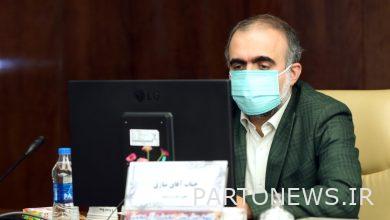 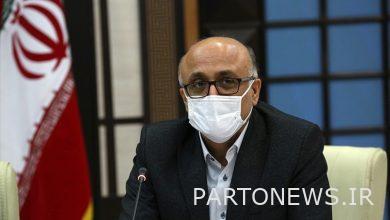