Although the first year of the Thirteenth Government was still under the influence of Corona, it can be said that museums and cultural heritage moved towards popularization, prosperity returned to travel and tourism, and the markets of handicrafts revived.

One year has passed since the 13th government took office and the Ministry of Heritage, Culture, Tourism and Handicrafts, within the framework of the strategic slogan of the revolutionary government and the people’s government, has tried to increase the quantity and quality of people’s role and public participation in all three main areas. The period when museums – especially provincial museums – and cultural heritage moved towards popularization and greater audience attraction, returned to travel and tourism with the restraint of the corona, and revived the handicraft markets.

Cultural heritage, according to the status and role of identity, is one of the priority areas in the thirteenth government. It is explained in the same context.

Exploitation of 80 restoration and equipment projects in 15 provinces of the country and implementation of more than 1000 programs in the country during the week of cultural heritage in the first year of government activity showed that the Ministry of Cultural Heritage pays special attention to the field of cultural heritage. The executive and public bodies of the country are in need, and the signing of three memorandums of cooperation with the Endowment and Charity Organization, the Commander of the Law Enforcement Forces of the Islamic Republic and the Housing Foundation of the Islamic Revolution, expresses this strategic approach.

The existence of 760 public and private museums in the country, 260 of which belong exclusively to the Ministry of Cultural Heritage, shows the abundance of museum works and objects in the country, a list that contains more than 35,000 nationally registered works and, of course, repositories that more than It contains 3 million works, which shows that the development of the country’s museums and public exhibitions is a necessity to make people more familiar with these accumulated historical and civilizational treasures.

In addition to this unique capacity, Iran’s position among the top 10 countries in the world through the global registration of 26 tangible cultural works and 17 intangible cultural elements in UNESCO, indicates the existence of original and valuable cultural and historical treasures of Iran, whose mission requires a It has a national determination and responsibility that can only be achieved with the compassionate support and participation of the Iranian people.

Of course, strengthening the relationship between the audience, the presence of a dynamic and optimistic young generation in the educated cultural and cultural community of the country and the development and promotion of cultural heritage and knowledge-based and creative tourism with the help of new technologies and new ideas will create a bright future for cultural heritage protection and education.

خبر پیشنهادی:   A conversation with the actor of "Mokhtarnameh" in the TV show "An"

The vast potential of cultural heritage is evident when the tourism industry is at its full potential, diversifying its tourist attractions and hospitality has long made Iran and Iranians rich countries for attracting tourists, despite harsh economic sanctions and the spread of the corona. In recent years, Iran’s tourism industry has faced challenges, but the lifting of visa restrictions for foreign tourists in the 13th government, from November 1400, has accelerated the return of prosperity to the industry.

Corona caused more than 40,000 billion tomans in damage to Iran’s tourism industry, but the government has stood by tourism activists in the past year, extending the repayment period of bank facilities, paying low-interest facilities, granting tax exemptions and calculating gas consumption tariffs commercially (1495 Rials). ) For tourism facilities and the inclusion of a budget line for insurance of tour guides in the budget of 1401 for the first time, is one of the most important actions of the thirteenth government in the past year in the field of tourism.

Despite all the doubts about the tourism industry, the Ministry of Cultural Heritage came to the fore. They came and the spell of stagnation and cessation of face-to-face tourism events was broken.

The government’s outstanding performance in the field of tourism was manifested in Nowruz 1401, as it was predicted that with the expansion of general vaccination and the reduction of the corona, the volume of travel throughout the country increased significantly, registering more than 52 million people in official accommodation centers. The 63% increase in travel compared to 1400 and the record of tourists visiting historical and cultural sites in 15 days of holidays compared to the same times in previous years, showed that the demand for tourism in the country has increased sharply, this trend in Eid al-Fitr and half holidays June also continued.

What stood out most was the formation of the Travel Services Coordination Headquarters with the presence of 23 executive bodies centered on the Ministry of Heritage, Culture, Tourism and Handicrafts. In the country, the planning and information system, with a unified management, tried to make travel easier, safer and more secure for the people.

The craft industry was not immune to corona damage, many workshops and shops were closed in the past three years, and seasonal and permanent markets were closed as they were every year. First, one of its supporting priorities was to help artists and artisans in the field, which make up a community of 2.5 million people.

خبر پیشنهادی:   The beginning of the executive operation of installing guide boards introducing the tourist attractions of Alborz province

In the new term, with the presence of Ezatullah Zarghami as Minister, the four axes of support and organization of production, maintaining and creating employment, education and promotion, preservation and protection of handicrafts became the strategy of the Ministry of Cultural Heritage and the basis of work of managers in this field. 9 billion tomans of gratuitous facilities and 74 billion tomans of low-interest facilities were paid to artists, craftsmen and handicraft producers.

Another achievement of the field of handicraft management is the prevention of the removal of Article 142 of the Law on Insurance Exemption and VAT Exemption for large families of handicrafts, as well as the conversion of electricity and water tariffs for handicraft workshops from industrial to commercial (1495 Rials); Also, the use of paragraph A of Note 18 was a great achievement for the field of handicrafts, which the Ministry of Heritage and Cultural Affairs used as the first device to support production and stimulate demand, and a total of 340 billion tomans was allocated to this field.

Providing a model for equipping Iranian houses with handicrafts

Compilation and communication of the national document of gemstones is one of the achievements of the delegation of authority within the framework of national registration of cities and villages of handicrafts, which is a step to branding and identifying the originality of traditional art in a region. The list has now reached 45 cities and 22 national handicraft villages, while 11 cities and three villages in Iran have been registered globally, and the files of three new handicraft towns and villages are ready for global registration; This process has now become a public demand across the country.

In the past year, a commercialization program for handicrafts has been started in 31 provinces of the country. Has been.

This year, Nowruz handicraft markets had sales of more than 123 billion tomans, which has increased by 93% compared to 1998 and by 97% compared to the previous year; This trend has enhanced the position of Iranian handicrafts in the international arena, especially in West Asia as a reference country, so that at the request of the Qatari Minister of Culture, Iran is supposed to revive its experiences in this field to revive handicrafts and traditional arts with this country. To share. 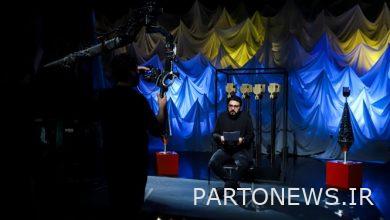 “Mirrors” and a picture of the attraction of “Hussein (AS)” / The story of a poet becoming a performer! 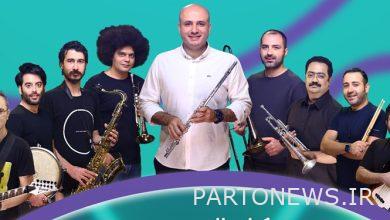 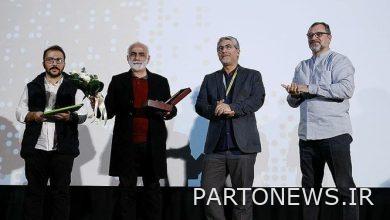 Habib Valinejad: If it were not for Avini, I would not have accepted the risk of documenting 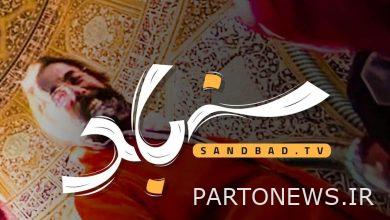