Atrium’s downward trend in recent weeks has hurt many investors. However, existing analysis shows that if this digital currency loses its support at $ 830, its price may fall to $ 420.

To Report Atrium fell below $ 1,000 on June 18 (June 28) and continued to push the digital currency market despite the weekend.

Yesterday, the price of Atrium reached $ 879, which is the price floor from January 2021 (December 99) and is 80% lower than the peak of this digital currency in November 2021 (November 1400). The crash came as investors worried about a 0.75 percentage point increase in US bank interest rates. This not only affected the digital currency market, but also pushed the global stock market into a strong downtrend.

Nick, an analyst at Ecoinometrics, said:

The Federal Reserve has hardly started the process of raising interest rates and as soon as it is informed, it has not sold anything from its balance sheet. These conditions show that a further downward trend is definitely on the way.

Is the fall of the atrium still going on?

Investors and traders have always been concerned about Atrium in recent days. They feared that the sharp fall of the atrium below the $ 1,000 area would liquidate those trading positions that used high leverage. This, in turn, could put more downward pressure on the Atrium market.

Traders’ fears increased when the Babel Finance and Celsius Network lending platforms withdrew their withdrawals due to market fluctuations.

The situation worsened with the news of the inability of Three Arrow Capital to provide the necessary collateral to prevent its trading positions from being liquidated. It is worth mentioning that the assets managed by the mentioned fund were worth 10 billion dollars until May. This happened less than a month after the collapse of the Terra network. The network was once valued at $ 40 billion and was working on its Algorithmic Stable Coins project.

خبر پیشنهادی:   The stock exchange is on the JCPOA tour / the market is waiting for Europe's response

Simultaneously with these events, capital market participants removed a large amount of capital from Atrium China’s blockchain ecosystem. The devaluation of Atrium Total Locked Capital (TLV) occurred in two stages. The first phase occurred in May, shortly after the fall of the Terra network. At that time, the value of locked-in capital in the Atrium network fell by $ 94 billion, and then by mid-June, the index had lost another $ 30 billion.

Analysts at the Glassnode site have said:

This deleveraging that we are witnessing now is clearly painful for investors and looks like a small financial crisis. However, this is an opportunity that we can use to break the over-leverage and rebuild a healthier market.

How low is the price of atrium?

The Federal Reserve’s policies to raise bank interest rates and worsen the DeFi market indicate that Atrium prices are likely to continue to fall.

Technically, the $ 1,000 range is Atrium Psychological Support, and this digital currency will have to regain it. However, if Atrium continues to decline, $ 830 will be its next target. The same range acted as Atrium resistance in February 2018, and the price of this digital currency fell by 90% after hitting it and reached $ 80 by December 2018 (December 1997).

At the same time, if Atrium correction is similar to the 2018 downtrend, the price of this digital currency may fall to $ 420; The level that acted as support between April and July 2018 (April to July 97) and atrium resistance between August and September 2020 (August and September 99). It is worth mentioning that in the mentioned cycle, the price of Atrium decreased by more than 90% from the peak of that time.

Issuance of privatization order of Iran Khodro and Saipa / Will it be implemented this time? 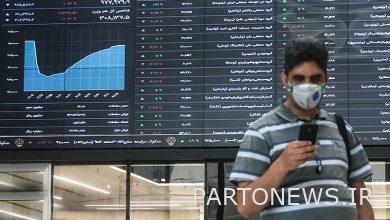 Green start of stock after 3 days of fall

Buy Rana Plus for 72 million! + Details