According to Moj News Agency, Sadegh Ziaeian reported: Today (January 15) with the activity of the precipitation system, in the areas of northwest, west, southwest, parts of the south, some northeastern regions of the country, coastal provinces of the Caspian Sea, provinces located in South of Central Alborz, including Tehran, Alborz and Qazvin, and parts of Kerman and Yazd provinces, rain and snowfall will occur in the highlands and cold regions.

He added: Rainfall intensity in the south of West Azerbaijan, the northern half of Fars, northeast of Khuzestan, Lorestan, Kohgiluyeh and Boyerahmad, Chaharmahal and Bakhtiari, the southern half of Ardabil, Gilan, west of Mazandaran, south and west of Isfahan and the central Alborz heights in the provinces of Tehran, Alborz, Qazvin and Zanjan.

He stated that rain is forecast in most parts of the country tomorrow (January 16), stating: the intensity of rain on this day in the provinces of Fars, Kohgiluyeh and Boyer Ahmad, Bushehr, northeastern Khuzestan, Chaharmahal and Bakhtiari, south and west of Kerman, Razavi Khorasan, North South Khorasan and some areas of Hormozgan are forecast.

The head of the National Center for Weather Risk Prediction and Management added: “On this day, strong winds will occur in some areas of the east, northeast and southeast of the country.”

He further said: Sunday (January 17) rain will continue in the provinces of South Khorasan, Khorasan Razavi, Sistan and Baluchestan, Kerman, Fars, Bushehr, Hormozgan and parts of North Khorasan. Also on this day with the arrival of another rain system from the north In the west of the country, in the provinces located in the northwest and west, the Caspian coast and some areas of the southern slopes of Alborz we will see rain.

Ziaeian added: The intensity of rainfall will be in Fars, South Khorasan, south of Bushehr, some areas of Hormozgan and Kerman, Ardabil, south of West Azerbaijan, west of Kurdistan, Gilan and islands located in the Strait of Hormuz and the center of the Persian Gulf. On this day, precipitation in the northwest, west and slopes of Alborz is often forecast as snow.

He said about the weather condition of the country during Monday (January 17): on this day, except for the central desert areas and the southern slopes of the eastern Alborz, rain will occur in most parts of the country, which will rain in the southern areas and along the Zagros and Alborz mountains. The northwest of the country will be mostly snow.

The head of the National Center for Crisis Prediction and Management of Weather Risks continued: Tuesday (January 19) rainfall in the provinces located in the northeast, east, southeast, south, Caspian coast, southern slopes of Alborz in the provinces of Tehran, Alborz, Qazvin, Zanjan and the heights and slopes of the Central and Southern Zagros are forecast.

خبر پیشنهادی:   Notification of the national registration of 5 intangible heritage to the governor of Ilam

What about the remnants of the stock of justice? 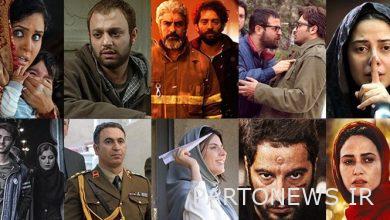 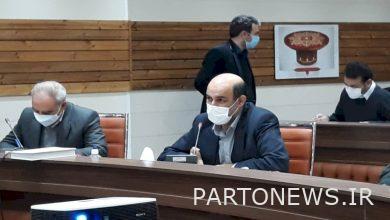 Spend 120 billion rials to protect the historical fabric of Urmia 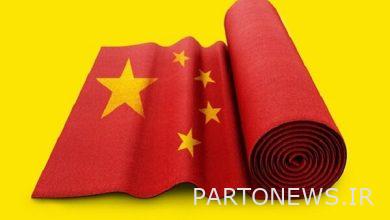