According to Moj News Agency, the head of the National Center for Prediction and Crisis Management of Weather Risks, while stating that rain and sometimes strong winds are forecast in some parts of the country today (December 6), said: in industrial and densely populated cities including Tehran, Karaj, Isfahan and Mashhad is expected to increase the concentration of air pollutants and reduce air quality.

Sadegh Ziaeian added: Today (December 6), with the passage of the mid-level wave of the atmosphere from the northern half of the country in areas of west, southwest, southern slopes of Alborz located in Zanjan, Qazvin, Alborz and Tehran, rainstorms and sometimes strong winds are forecast.

The head of the National Center for Crisis Prediction and Management of Weather Hazards added: “Strong winds occur in the highlands in the snow and in the afternoon in the east and northeast.” Tuesday (December 7) A calm and stable atmosphere prevails in most parts of the country.

The head of the National Center for Prediction and Crisis Management of Weather Risks added: On Thursday (December 7), in addition to the provinces of West Azerbaijan, Kurdistan and East Azerbaijan in Kermanshah, Hamedan, Zanjan and Ardabil, heavy rain with occasional heavy snowfall is forecast in the highlands. Becomes.

He further said: Friday (December 10) in the heights of the Central Zagros scattered rain and in the center, east and southern slopes of Alborz in Tehran and Semnan wind will be the dominant phenomenon.

According to Ziaeian, from Tuesday afternoon (December 7) to Thursday (December 7), the relative increase in temperature and south wind will occur in the Caspian coastal provinces, and in industrial and densely populated cities including Tehran, Karaj, Isfahan and Mashhad, the concentration of air pollutants will increase and decrease. Air quality is expected.

The village is surrounded by the "Nizar Qom" fortress, waiting for the support of the officials 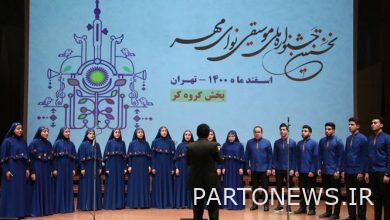 The first day of the national music festival “Navai Mehr” started with choirs / The song “From the blood of the youth of the homeland” was wrapped in Rudaki Hall! 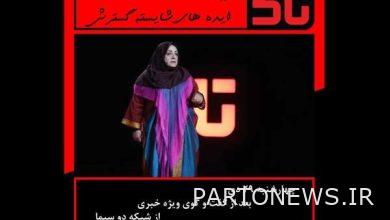 All devices are working on the bedrock of the 2022 event