According to Tejarat News, the workers’ housing fee for this year was set at 650,000 Tomans. But if tenants want to rent 650,000 tomans, they must have tens of times the minimum wage of a mortgage worker to be able to rent a mobile home in Tehran.

Rising housing prices And rents made some tenants’ voices heard last year. People whose incomes did not match inflation and rent, which led them to smaller homes or cheaper areas.

High Council of Labor, Right to housing Increased by 200,000 Tomans for this year. That is about a 44% increase. “This increase of 200,000 tomans is not enough for this year,” the head of the union of real estate consultants told Tejaratnews.

But with 650,000 tomans set by the Supreme Labor Council, where can a house be rented? If you tell real estate consultants that I am looking for a house with a rent of 650,000 tomans, the first question they will probably ask is: “How much mortgage do you have?”

For the upper areas of the city, a billion should be mortgaged so that a house can be rented for 650,000 tomans. Of course, finding a home in another area is not easy with such a rent.

“It depends on the amount of the mortgage,” says one real estate consultant in Tehran. “Currently, we have a 53-meter unit in Andisheh town with a rent of 650,000 tomans and a mortgage of 110 million tomans.”

خبر پیشنهادی:   The winners of the Spring Surman were announced

Another real estate consultant is offering a smaller home in the area of ​​Jeihun. 40 meter unit that does not have a bedroom. The fourth floor of the building has no elevator. He says: “We put this unit for a mortgage of 160 million tomans, but it can be converted. If you have a rent of 650 thousand tomans, the mortgage will be less. About 138 million tomans. “

Of course, if you are looking for a rental house in the central areas of Tehran, with a rent of 650,000 Tomans, you will not get anywhere. Unless you raise the mortgage. For example, for a unit of 60 to 70 meters, you should have saved about 500 to 600 million tomans in your bank account.

Needless to say, renovating a property, having a parking lot, a warehouse, etc. can all cost the tenants more.

“For a 68-meter unit in the same area, there is a 400 million mortgage with a rent of 6 million and 800 thousand tomans,” said a real estate consultant in the area of ​​Keshavarz Boulevard. He says that with 650 thousand tomans of rent, we will reduce every 10 million 300 thousand tomans. With this account, about 605 million Tomans can be mortgaged. That is 94 times the minimum wage for a family of three.

12-meter rooms are another option for tenants

But these mortgages are not read by some with pockets and income. Now, with this turmoil in the housing market, tenants have to meet certain conditions in order to be able to rent a house. For example, go to 12 or 20 meter rooms. In the corners of the city with shared bathroom.

خبر پیشنهادی:   The executive instructions of the housing deposit assistance facility were announced

Finding advertisements for 12-meter and 15-meter rooms is not a difficult task either. “I have a rail 15 meters above the roof,” says a real estate consultant. The bathroom is shared with a downstairs. “15 million mortgage and 2 million tomans rent.”

He says that for a rent of 650,000 Tomans, he can satisfy the landlord and can be converted. But with the formula of real estate, for every 10 million tomans of mortgage, 300 thousand tomans are rented. This means that to rent the same 15-meter unit on the roof, you need to have about 60 million for savings mortgage. Of course, it gives comfort that the landlord does not take hard and can get a little discount.

Another real estate consultant says: “He has a 12-meter room with a mortgage of 15 million Tomans and a rent of 2.5 million Tomans. Convertible. “There are several separate rooms here, and only this room is empty.” Row rooms in a corridor that have shared service. “The rest of the rooms have been rented out by a few workers,” he says.

Another ad tells of a 14-meter room. It has been built for 30 years and around the treasury. It offers 10 million Tomans mortgage and 2 million Tomans rent. Convertible. But if he wants to convert, he will mortgage about 55 million Tomans and rent 650 thousand Tomans. Of course, some property owners say they would rather rent more than have a mortgage.

Is the right to housing compatible with inflation?

Based on data Statistical Center of Iran In the winter of 1400, the average rent increase for those who had a contract extension was more than 50 percent. In other words, if someone rented two million tomans, he should rent three million tomans by renewing the contract.

But this year’s 44 percent increase in housing rights is not in line with this increase in rents, more than 40 percent inflation and the poverty line. So far, different statistics on the risk of poverty and the population at risk of poverty have been published in the country. Earlier, Morteza Bakhtiari, the head of the relief committee, said that the poverty line reached 10 million tomans in 1999.

“I am not an economist, but I do not think that the right to housing 650,000 Tomans is enough for this year,” Mustafa Gholi Khosravi, head of the Union of Real Estate Consultants, told Tejarat News.

The national currency code will be launched this year 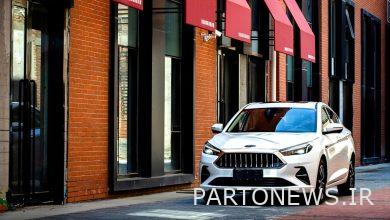 New J7 jack on the way to the Iranian market

Did the price of Pride fall? – Trade News 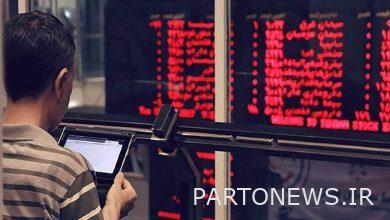 What is the important event of the stock market next week?

Do not burst the price bubble of foreign cars / Will the prices decrease?