According to an IRNA report on Wednesday from the public relations of the Iranian Institute of Agricultural Biotechnology, سید سعید پوردادProfessor and Vice President of Planning and Support of Agricultural Biotechnology Research Institute, which was held in line with the series of scientific lectures entitled “Safflower, a multi-purpose plant and suitable for dry conditions in Iran”, added: Safflower with the scientific name Carthamus tinctorius (L.) belongs to the family It is a compound or astrace and its seeds are mainly used to prepare edible oils and seeds of birds.
This plant has long been cultivated in India, Iran, the Middle East and East Africa, and for this reason and because of the abundance of different species (about 36 species) its origin is known in Asia.

He stated that the three main centers of India, Iran-Afghanistan and Ethiopia have been suggested as centers for the emergence of safflower by previous researchers. This is a plant.
There are local masses in most parts of the country and the local names of safflower include Kafsheh, Gakhli, Khastonak, Khardam, Chorak Goli and Kachnagoli.

The professor of the Agricultural Biotechnology Research Institute stated: The situation of safflower cultivation in the world during a period of 10 years shows that the areas under cultivation of this crop and consequently its grain production have been variable. Most of the area under safflower cultivation in the world is rainfed, which is why the average grain yield is a function of weather conditions, while the purchase of this seed in most countries is not guaranteed and supported by the government (except our country) and its price fluctuates a lot. has it.

خبر پیشنهادی:   Why is the Middle East important to the West?

In recent years, safflower cultivation has developed rapidly, with the highest areas under cultivation in the provinces of Isfahan, Khorasan, Kurdistan and Kermanshah.

The faculty member of the Molecular Physiology Department of the Agricultural Biotechnology Research Institute added: “According to the policy made in the plan to supply vegetable oil resources, the country’s rainfed lands are the main area for safflower cultivation and no cultivation area has been considered for this crop in irrigated lands.”

Emphasizing that in this national plan, the regions of the country are divided into three climates, cold, temperate and warm, based on the amount of rainfall and temperature, he said: According to the statistics of the Ministry of Jihad for Agriculture, the fallow areas of these provinces will be 7.2 million hectares. If only 20% of these lands are allocated to safflower cultivation, we will have more than half a million hectares of cultivated area, which indicates the high capacity It is cultivated.

The Deputy Minister of Planning and Support of the Agricultural Biotechnology Research Institute stated: The country needs to produce more than one million tons of edible oil per year, and now the per capita consumption of oil in the country is about 18 kg; About 90% of the oil consumed in the country is supplied through imports.

خبر پیشنهادی:   A decrease of 3473 points in the Tehran Stock Exchange index

Harvesting it does not reduce the grain size but increases the production to some extent (Omidi Tabrizi 2002).

Professor Seyed Saeed Pourdad, born in September 1954, has a bachelor’s degree in agriculture and plant breeding at Gorgan University of Agricultural Sciences, a master’s degree in plant breeding at the Faculty of Agriculture, University of Tabriz, and a doctorate in genetics and plant breeding at JBPant University in India.
Introducing eight new varieties of oilseeds, implementing 108 research projects, translating and compiling two volumes of books and compiling a chapter of a book, consulting or guiding 41 dissertations and also presenting 65 articles in scientific-research journals, four articles in scientific journals – 81 articles in domestic and foreign scientific conferences are part of Dr. Pourdad’s scientific record.
He has been the deputy director of the country’s dryland agricultural research institute for many years and has also served in other positions such as Iran-Simit project manager and director general of the research affairs office of the Agricultural Research, Education and Extension Organization.

Alert on the spread of "monkey pox" in the United States

We have 23 types of schools Fars news 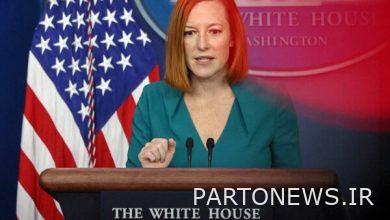 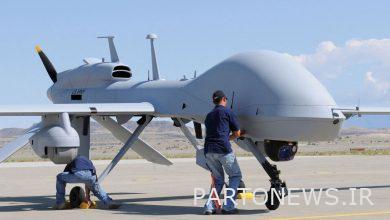 Stop sending US drones to Ukraine 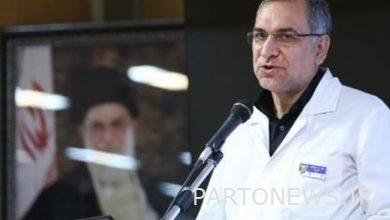 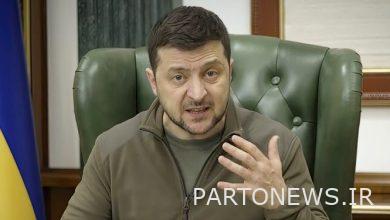