According to Fars News Agency, this week’s program “Middle East Stream” (MidEaStream) of Press TV, entitled (Zionists are beating the drums of war) was dedicated to the issue of the occupiers’ attack on Al-Aqsa Mosque. The program focused on examining the Zionist regime’s actions to Judaize Jerusalem, while introducing the occupation of Jerusalem, and introduced the consequences of the occupiers’ actions, which have intensified in recent weeks.

The occupiers of Al-Quds think that by Judaizing East Al-Quds, they can gain sovereignty over that city, and for this reason, they have focused their attacks on the old quarters of Jerusalem, and (Bab al-Amoud) or (Bab al-Damascus) and the western gate and They chose the glossy wall for their attack called the (flag march).

However, the Palestinian people, especially the resistance groups, react strongly to the actions of the Zionist regime, and last year, when the Zionists attacked the neighborhood of “Sheikh Jarrah” (one of the old neighborhoods of Jerusalem), Hamas forces and the Islamic Jihad fought the “Battle of Saif al-Quds”. They started firing hundreds of rockets at the cities and towns where the Zionists live.

This time, officials from Palestinian resistance groups such as Hamas and Fatah, as well as the secretary general of Hezbollah in Lebanon, warned that if the Al-Aqsa Mosque was threatened, it would result in an explosion in the region, which is very different from last year.

Last year, the Zionist regime (Bab al-Amoud) was blocked, and after the Islamic Resistance rockets were fired from Gaza in the spring of 1400 and (Operation Saif al-Quds) was successful, the Palestinian youth living in Quds opened the fences of the security forces and Bab Al-Amoud was released. This door is one of the 15 entrances to Al-Aqsa Mosque.

“The problem of the Zionist regime is much bigger than launching missiles from Gaza or Lebanon, and they are facing a security challenge even in the 1948 territories,” said Marwa Osman, an expert presenter on Press TV. “Currently, the Zionists are afraid of young Palestinian men and imagine that at any moment a retaliatory operation will be carried out against the occupation, which has become a constant fear for the Zionists,” he explained.

Indeed, what is the purpose of the Zionist attack on Al-Aqsa Mosque, and specifically their presence near the shiny wall and insulting acts such as Jewish dances in that Muslim holy place and the violation of Palestinian rights that is constantly propagated by the media and the Zionist regime? Is it possible?

One of the important points is that the Zionist regime is facing great and insurmountable challenges from within, which have security, political and social dimensions. The biggest problem for them is that security is close to collapse in the eyes of the Zionists, so Tel Aviv is trying to give hope to the Zionists with such programs.

Marwa Osman, the host of the “Middle East Stream” program, spoke with “Samer Khalil”, a political analyst from the city of Quds, to analyze the situation. “For more than 70 years, the Israeli occupation has been trying to make Jerusalem Jewish, and for this purpose it has sought to expel the Palestinians from their homes, change the population structure and attack the cultural heritage,” said Samer Khalil.

“Al-Quds has been considered an occupied area since 1967, when it was occupied by the Zionist regime and along the West Bank, but in the last 50 years, Arab governments have taken no action to counter this occupation,” the program said.

The important point is that the Western and Zionist media emphasize that they are holding the “People of Israel” (flag march), while the fact is that members of the Zionist regime’s security and military organizations are carrying out actions such as attacking Al-Aqsa Mosque, but the people of the world They are not aware of these issues.

In other words, Press TV tries to inform the global audience, especially the people of the West, what is not being told about the truth in the world media. Almost all the people of the world do not know that the problem of the Zionists is not the construction of a temple or the lack of a place of worship, but they are the vanguard for the realization of the arrogant and imperialist goals of the West.

This is exactly why Palestinian political analyst Samer Khalil emphasizes: “Our nation has been under occupation since 1948, and their suffering began with the establishment of the Zionist regime, known as ‘Yom al-Nakba’, until now. “It has continued.”

Press TV has made it possible for the audience to find out the truth through this medium, which is always hidden in the Western media, if they want to. The events in occupied Palestine are similar.

The Turkish lira continues to depreciate in the world market 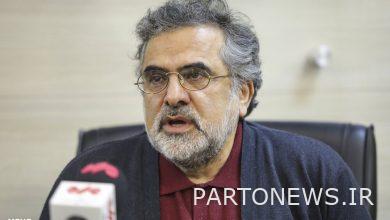 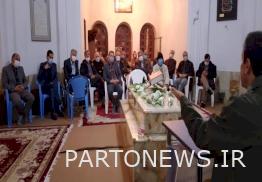 The wedding ceremony of Hakim Haj Molahadi Sabzevari was held 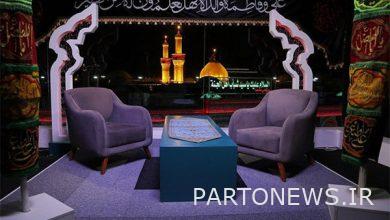