According to Tejarat News, after crossing the resistance range of 1,600,000 units, Tehran Stock Exchange is now fluctuating and perhaps bottoming out after returning to the same range.

Experts believe that despite the existence of new systematic risks, such as the policies that the Governor of the Central Bank states to improve the economic situation of the people, the fundamental factors that started the upward wave of the market in November have not changed.

This means that the wave of economic inflation, which has caused an increase in prices in parallel markets such as housing, cars, and the retail market, has now reached the stock market; On the other hand, with the further growth of the dollar, which currently seems to be only a temporary stop, the gap between the Nima dollar, which is supposed to be fixed at the price of 28,500 tomans, and the free market dollar will gradually increase, and the government will spend more to provide currency with It will give a rate of 28 thousand 500 tomans.

At the end of the trading flow on Wednesday, the total weighted index fell by 0.47%. This drop decreased the height of this index by two thousand and 217 units and placed it in the range of 473 thousand and 199 units.

The negative point of the Wednesday market was the relative decrease in the value of transactions. The value of retail transactions (shares + preemptive rights) on this day was in the range of 6,69 billion tomans, increasing by 27% compared to the value of Tuesday’s transactions.

Investigating the ownership statistics of real people indicates that these people’s capital has entered the stock market. The capital inflow and outflow index reports the withdrawal of 44 billion tomans from the stock market. The dollar value of Iran’s capital market remained at the level of 261 billion dollars at the end of trading on Wednesday.

Pioneer Automotive Group towards the green side of the capital market

In the car group, the supplies were more than the previous days, but overall, the situation of this group is not considered very dangerous. The acceptance and supply of cars in the commodity exchange has caused a revolution in this industry. In the long term, if the supply of cars in the commodity exchange does not stop due to profit-seeking interference, and also the number of cars on the market, especially the cars of the two Iran Khodro and Saipa companies, with the reduction of the gap between the factory sales rate and the free market rate, a favorable outlook is predicted for this industry.

Considering the value and volume of transactions that appeared on the trading board on the last trading day of this week, as well as the numbers and figures that the total index and the weighted index show, there is a strong possibility that the market will be balanced on Saturday.

خبر پیشنهادی:   Which symbols experienced the highest and lowest returns of the week? - Tejarat News

It is important to pay attention to this point, but for predicting the flow of transactions on Saturday, the final price of major symbols such as Khagstar, Khodro, Shetran and Vesapa is lower than the price of their last transaction. This indicates the buying pressure in these symbols and the market in general. . For this reason, we cannot predict the Saturday market as a single red market. 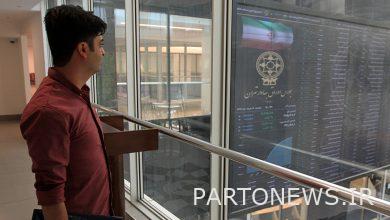 The framework of the car import regulations was announced