Sea cucumbers are the most amazing echinoderms in the intertidal area of ​​Hemga Island, which mainly live among the coral reefs of this island and have aesthetic properties and biological values. Sea cucumbers are in the Echinodermata branch and in the category Holothuroidea have a place and appeared in the oceans during the evolutionary period 540 million years ago. Sea cucumbers with their strange appearance attract the attention of every viewer. These marine animals do not have brains or any sensory organs in their bodies. In fact, they are as intelligent as a cucumber! Despite this, sea cucumbers form an important part of the ecosystem of oceans and seas.

Sea cucumbers recycle nutrients and break down waste. Unlike the common cucumber, the amount of collagen in the body of these aquatic animals allows them to perform various maneuvers. For example, if this animal wants to enter a small and tight cavity, it will empty part of the collagen in its body. In this way, its size is reduced and it can easily enter the desired cavity.

Sea cucumbers mainly live between coral reefs and have aesthetic properties and biological values, which are used today to beautify the environment of aquariums and ornamental ponds.

The living environment of these marine animals is different, and most of their species live in the intertidal zone, and a few live in the deep oceans.

These animals are important components of the food chain in temperate ecosystems and coral reefs and play an important role as herbivores or suspension eaters and play a major role in stirring and mixing sediments, which accelerates the cycle of plant material. Oh, they also cause oxygen penetration in the sediments.

As a valuable aquatic, sea cucumbers have many applications in food and livestock industries, pharmaceuticals and medicine. Also, their eggs, larvae and babies are an important source of food for other marine animals.

خبر پیشنهادی:   The celebration of the birth of Hazrat Ali (AS) and the commemoration of the Fajr decade at the Ministry of Cultural Heritage

Hemga Island is one of the villages of Shahab section of Qeshm city, which is located in the waters of the Persian Gulf, at the mouth of the Strait of Hormuz. This island is 8.9 km long, 3-6 km wide, and has an area of ​​50 square km, and it is in the shape of an incomplete cone, which is located on the southern shores of Qeshm Island, and the only economic activity of its inhabitants in the past and now is fishing. It is a place for tourists to see dolphins and tourist activities on this island.

In the intertidal area of ​​Hemga Island, there are five species of sea cucumbers, whose distribution belongs to the intertidal areas in the intertidal zone, under the boulders and tidal pools, among which can be He pointed out a species with economic and edible value with the scientific names (H.arnicala), (H.bacilla), (H.impatients), (H.leucospilata) and (Hparva).

Sea cucumbers are important in different dimensions, and their nutritional dimension has a very good market in Southeast Asian countries due to their high protein and less fat than other seafood.

This marine animal medicinally treats some forms of cancer and is used as an antibacterial and antifungal agent in the treatment of many kidney, skin, arthritis and joint pain diseases.

The insides of sea cucumbers treat epilepsy and its secretions contain vitamin E with antioxidants, which are widely used in the production of health and cosmetic products.

Due to the presence of rare essential amino acids, sea cucumbers have anti-pressure properties that help to improve blood pressure problems, and this sea cucumber has anti-cancer properties and plays a significant role in preventing and fighting breast cancer.

According to research, sea cucumbers are effective in solving sexual dysfunctions, and the extract obtained from those different species can stop the growth and development of fungi in different animals and restore the damaged cells of their bodies.

International studies indicate that, in addition to sea cucumber meat, its processed extract is effective in treating and fighting various types of cancer, tumor, and pathogenic fungi, and heals pain and inflammation of all types of arthritis.

Even though the marine environment in the intertidal area of ​​Hamgam Island (Persian Gulf) has provided us with a huge source of these organisms, unfortunately, due to the lack of knowledge about the nutritional, medicinal and even monetary benefits related to the cultivation of this species These valuable animals are not used much in Iran for aquatic life or even for foreign exchange gain in relation to their export.

The Persian Gulf, with an area of ​​nearly 237,473 square kilometers, is located between 24 and 30 degrees and 30 minutes north latitude and 48 and 56 degrees and 25 minutes east longitude from the Greenwich Meridian, and the beautiful island of Qeshm is like a gem on the expanse of blue waters. It shines.

This island with an area of ​​1,500 square kilometers from the Strait of Hormuz, parallel to the south coast of Iran, with a length of 135 kilometers and an average width of 11 kilometers, is a part of Hormozgan and has a coastline of 300 kilometers.

Qeshm city includes Qeshm, Hengam and Lark islands with about 150,000 people, spread out from the Strait of Hormoz parallel to the coast of Hormozgan province, with a length of 150 km and an average width of 11 km, in the waters of the Persian Gulf. 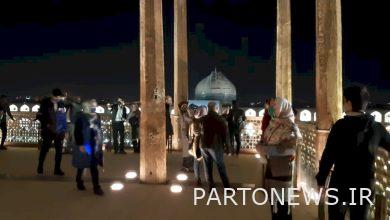 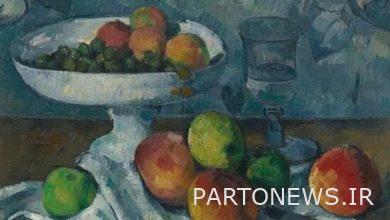 The first exhibition of Cézanne paintings in Britain 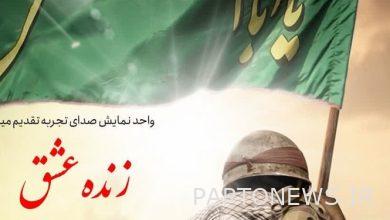 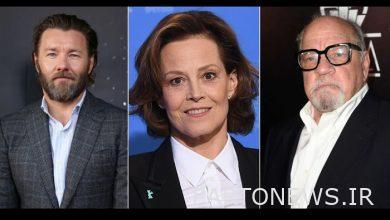