According to Fars news agency, Rasool Sadr Aamili said about Abulfazl Pourarab in the movie Ghorbani: Pourarab was very good in the movie “Ghorbani”. I remember that he had concerns about his game at the time, which I later realized as I gained more experience. Acting is a very difficult job. It is very important for an actor to think the night before how to get into the plan and how to get out, and how to bring emotions into the film, and Pourarab was very serious in his work.

He continued: When Abulfazl Pourarab came for the movie “Qurbani” he had only acted in the movie “The Bride” and he himself had not seen the movie in theaters because the filming of “The Bride” had finished and he immediately came to my movie.

Sadr Aamili also said about Ezzatullah Tazami’s performance in the movie “Night”: Zind Yad Tazami was very sensitive about the dialogues, but when we reviewed the dialogues together and followed his points, we had no more problems. We had gone for 40 days of filming and our first location was the railway station in the fall season. We started filming at 5:00 pm and it was over in the morning. When we came out, we realized that half a meter of snow had fallen, and this was while about 60% of the film was shot in the city and space. It was foreign. I remember that we went back to the hotel with Zinda Yadizatullah Tzami after filming the railway station and I didn’t let him go into his room. I talked to him in the same waiting room of the hotel and said Mr. Tzami, I have to film and I can’t close the work because of the snow. A policeman told me what does it mean? Is there electricity in this? In response, I told him that I don’t know, but I have no choice, otherwise the work will be closed. A policeman said give me time to think. He went to his room and called me an hour later and told me to start work.

Stating that we had a very good group in the movie “Night”, he noted: Khosrow was extremely patient and his acting authority was in the reactions as well as the reactions to the opposite actor, silences and listening to the extent that we could not get anything from the presence in the editing. Let’s cut him down. Even in the long monologues of Mr. Tazami, we used to cut Khosrow Shakibaei in order to show his reactions to Tazami’s voice. Amin Hayai was a very fanatical young man who took care of Khosrow Shakibai and Ezzatullah Tazami and worked with his heart and soul to make the film go well.

34% growth in liquidity this year

Sea cucumbers are the most amazing echinoderms of Hemgan Island 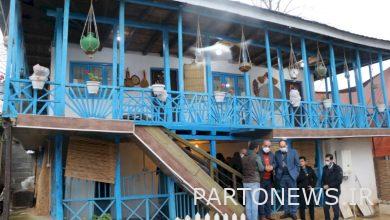 An eco-lodge was opened in Shaft 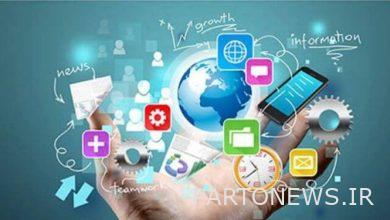