According to the Iran Economist, quoting the public relations of the Bank of Industry and Mines, Seyed Reza Fatemi Amin stated at the signing ceremony of the chain financing memorandum between the Ministry of Silence and 7 operating banks: Signing the chain financing memorandum; It is an example of the coordination of the government’s economic team.
Referring to some of the achievements and benefits of this memorandum, he said: Ease of access to resources, liquidity management and reduction of diversion from resources will be the achievements of this memorandum.
Minister Samat also mentioned a 30% increase in access to banking resources for economic actors as another achievement of chain financing.

Simultaneous benefit of banks and production units with chain financing
The Minister of Industry, Mines and Trade, stating that both banks and production units will benefit from this memorandum, said: “By signing this memorandum, facilities will be provided safely, the return of resources will be easier for banks and formal factors will be eliminated, and also Merchants and producers have easy access to financial resources.
Fatemi Amin, stating that the implementation of chain financing will begin on a trial basis with 7 operating banks, added: “We hope to eliminate many problems in the field of working capital next year with this memorandum.”
Chain memorandum, an example of joint and coordinated work
He also called chain financing an approach that the world has taken towards the past 10 years and continued: “Our country’s banks and the Central Bank have also moved towards this issue, and the chain memorandum is an example of joint and coordinated work.”
Electronic inquiry from the comprehensive trade system will be the basis of banks’ payments
Minister Samat called this issue a very big task and said: “Electronic inquiries from the comprehensive trade system will be the basis for banks’ payments and chain financing will be operational on this basis first, and we hope this will be an honor for all of us.” Let’s mention the title of a prominent financing work.
Fatemi Amin further stated: If we have 5 issues in production and trade, one of them is financing, which will solve many problems in the year of production support by financing the chains.
Dr. Ali Salehabadi, Governor of the Central Bank, at the signing ceremony of the chain financing agreement between the Central Bank and the Ministry of Silence, referring to the benefits of this policy, said: .
He added that improving the balance sheets of banks is another advantage of this memorandum, adding: “One of my main plans at the beginning of entering the central bank was to direct resources and credits to the productive sector of the country, which is one of the important examples.” .
Salehabadi added: “We will start this project on a trial basis in 7 banks operating in industry and mining, export, national, nation, trade, Parsian and housing, and continued: Memorandum of Understanding on chain financing in metals, automobiles, buildings, Appliances, food industries, petrochemicals, machinery and equipment will be activated and then gradually extended to other industries.
Salehabadi emphasized that the implementation of this memorandum will reduce the non-current receivables of banks, and specified: the infrastructure of this matter will be fully provided in 7 operating banks and by signing this memorandum, electronic invoices will be received from the comprehensive trading system.
In the chain financing method, instead of the traditional method of receiving direct facilities, the financing process of enterprises is continuous and along the supply chains and based on the actual flow of goods and services.
Also, in this method, instead of cash facilities, credit instruments such as bonds and loans can be used, as well as financing, which in addition to reducing the need for liquidity of companies, bank resources are also directed to productive activities.
The signing ceremony of this memorandum with the presence of Ali Agha Mohammadi; The Head of the Economic Group of the Deputy Chief of Staff of the Office of the Supreme Leader, the Ministers of Silence and Economy, the Governor of the Central Bank and the CEOs of the banks were hosted by the Central Bank.

Snow and rain in different parts of the country today 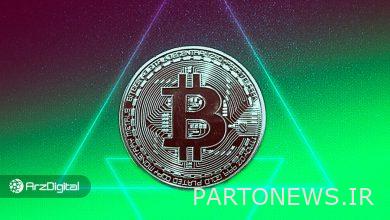 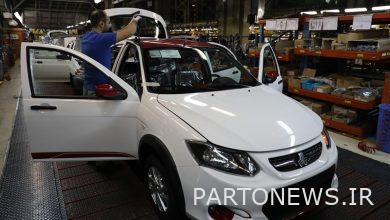 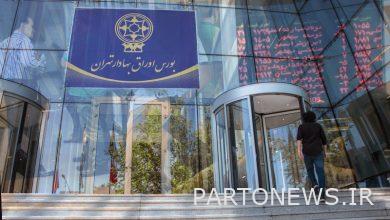 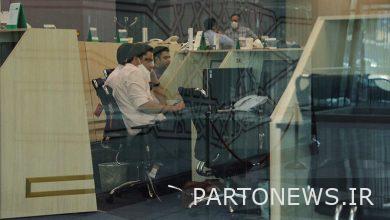