According to the Heritage Aria correspondent, a memorandum of cooperation was signed between the parent company of Iran Tourism Development, represented by Khashayar Nikzadfar, as the CEO and member of the board of directors of the company, and the central headquarters of Rahyan Noor, represented by the second brigadier general, Nader Adibi, as the secretary of the central headquarters.

The present memorandum was signed with the main purpose of developing the tourism of the Holy Defense to revive the culture of self-sacrifice, jihad, martyrdom, commemorating the bravery of the martyrs of the eight years of the imposed war, publishing them and honoring the great status of the martyrs.

According to this memorandum, Rahyan Noor Central Headquarters undertakes to provide the company with a list and specifications of its needs, and in return, the parent company specializing in Iran Tourism and Tourism will announce its list of capabilities and facilities in the field of tourism to the headquarters.

Commitment is also stated in other cases:

The company, if there is credit for the property acquisition plan and its notification and allocation, and after the request of the headquarters, in coordination with the General Directorate of Heritage, Culture, Tourism and Handicrafts of the relevant province, to construct indirect health service complexes in the holy defense memorial areas (designated and requested by the headquarters). Act.

The headquarters should use the intermediate health service complexes that have been handed over with the introduction of the company and in coordination with the General Directorate of Cultural Heritage, Tourism and Handicrafts of the relevant province for service, cultural and commercial affairs. Also, if necessary, the company can coordinate with the headquarters to provide public information and present its achievements in accordance with the policies of the company and the Ministry of Cultural Heritage, Tourism and Handicrafts.

The company, under the guidance and supervision of the headquarters and based on its capacity, will act in the field of tourism development in war zones and cities of destination of Rahyan Noor.

The company and the headquarters will support the preparation of grounds for the presence of foreign tourists in the monuments and operational areas of the Holy Defense by studying, planning and based on their capabilities.

خبر پیشنهادی:   All museums in the country are closed on 6 June

The nobility of the innovations belong to the government of the Islamic Republic of Iran on behalf of the Ministry of Cultural Heritage, Tourism and Handicrafts and the right to use, preserve and protect buildings, structures and other innovations (according to this Memorandum), with the name and company of Iran Tourism Development and Tourism and The coordination of the General Directorate of Cultural Heritage, Tourism and Handicrafts of the relevant province is entrusted to the headquarters.

The headquarters will provide the necessary facilities for the relevant experts to visit the relevant collections. 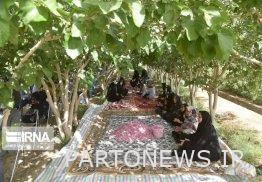 The fourth rose-picking tourism festival was held in the village of Nehur, Zabul 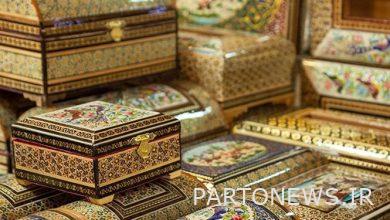 Rainfall and lower temperatures in some parts of the country 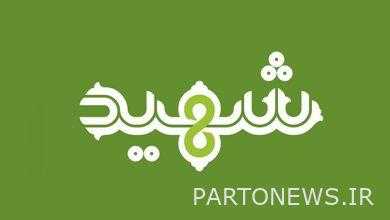 What is the connection between this poster and Martyr Soleimani?