According to Fars News Agency, one day after the important order of the head of the judiciary to follow the entry, storage and clearance of goods in the country’s customs and property organization, the Chief Justice of Hormozgan province to review the latest status of basic goods stored in Shahid Rajaei port warehouses in Bandar Abbas. He inadvertently visited this port complex and issued the necessary orders to expedite the clearance and transportation of these goods to all parts of the country.

Ali Salehi, while attending the meeting of the Hormozgan Province General Resistance Economy Policy Follow-up Headquarters, which was held in the presence of the general managers of the responsible agencies at the General Directorate of Ports and Maritime Affairs, referred to the important order of the Judiciary to follow and monitor Arrival, storage and clearance of goods in the country’s customs and the Organization of Property Ownership and the need to determine their duties as soon as possible, said: The custodians are obliged to mobilize all the facilities for immediate clearance of the items stored in the customs warehouses and port of Shahid Rajaei, some of which, unfortunately, have been exposed to corruption and expiration dates due to the long storage period.

Referring to the issuance of a special judicial order for the clearance of 16,000 tons of imported rice during his previous visit to Shahid Rajaei port in Bandar Abbas, he said: “Fortunately, with the cooperation of responsible agencies and removal of existing obstacles, this large consignment of imported rice has been cleared and The supply market of this product has been sent to all parts of the country, which according to reports, has brought good results in order to prevent high prices and stabilize prices.

The Chief Justice of Hormozgan Province, referring to the importance of timely clearance and delivery of imported items and public necessities, noted: Exposing the volume of national capital to corruption and waste is by no means acceptable.

Ali Salehi reminded the relevant managers of the seriousness of the judiciary with any negligence in the supply and clearance of goods needed by society and issued a special judicial order for the immediate clearance of large consignments in the warehouses of Shahid Rajaei port said: More than 140,000 tons of edible oil and more than 12,000 tons of rice stored in customs must be cleared, cleared and sent to all parts of the country after loading.

In another part of his speech, Salehi announced the issuance of a special order addressed to the General Department of Support and Livestock Affairs of Hormozgan Province for the clearance of 4,000 tons of imported corn.

He also reminded: in case of non-clearance of basic goods imported by the private sector within the deadline, these items will be considered as hoarded goods and according to the law, the wrongdoers will be dealt with.

The Chief Justice of Hormozgan Province stated: Determining the task of wind turbines imported to the country was another important focus of this visit, which was decided as soon as possible due to the use of this equipment in the construction of wind power plants to supply electricity; In order to solve the problem of the importing company, while corresponding with the Ministry of Energy to obtain the necessary permits, the Hormozgan Governor’s Office and the General Directorate of Cultural Heritage, Tourism and Industries of the province should be inquired about their need for these turbines.

خبر پیشنهادی:   A martyr who was a regular in family movies / What was the entertainment of Martyr Bakhtiari in his spare time?

In the end, Ali Salehi announced the appointment of a judge in customs and ports to deal with cases and remove legal obstacles as soon as possible and stressed that all prosecutors have been assigned continuously and at least once a week from customs, ports and Visit the warehouses of the Proprietary Property Organization.

It is worth mentioning that, according to statistics, Shahid Rajaei Customs in Bandar Abbas is the largest customs in Iran, which alone is responsible for more than 55% of exports and imports and 70% of the country’s transit. This figure is equivalent to unloading and loading 90% of the country’s container goods. 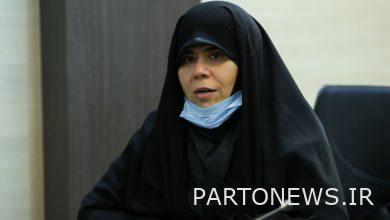 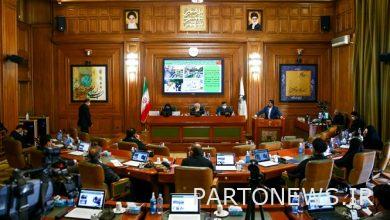 What is the story of reducing the public meetings of Tehran City Council? 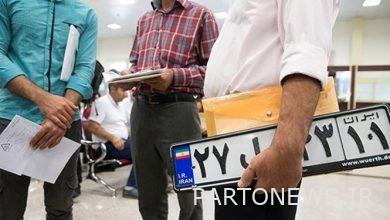 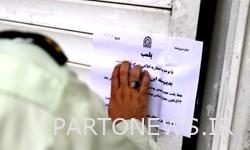