Fars News Agency – Art Group: The famous philosopher Socrates has a sentence entitled: “Life that has not been studied (needed) is not worth living”. Socrates apparently made this statement in his trial and in response to the disorder and corruption of the youth. In fact, Socrates tells his audience that sometimes it is necessary to go back and examine the past and the course of our life and work. In other words, it is necessary to test our lives.

In fact, one of the differences between humans and other creatures is the ability to examine and test their lives. A piece of rock or a tree or animals can not examine their life. It is only man who suddenly stands in the middle of the street and looks behind him and questions his life.

With this approach, it seems that the “Khandwaneh” program needs serious consideration, to stand and look back and test the path that has come. Where did it go wrong and what mistakes did it put in the current situation? A situation that has lost its audience and has become a dull program without a creative idea.

In the analysis of works of art, although in today’s world, many theories speak of leaving out the name of the author (director) and emphasize the idea that the life of the audience should lead to the death of the author, ie the author is removed and the audience can understand the meaning or meanings of the work. Find. But in discussing a work like “Khandvaneh”, the theory of “author’s death” cannot be consciously applied because “Rambod Javan”, the author of Khandvaneh, casts a heavy shadow on the work (Khandvaneh) and the “audience” cannot escape it.

A look at the published statistics shows that the contest “Laugh 2After the audience welcomed the first season, Sa.ل 97 رHe went to the antenna. This chapter is like “Laugh.” 1Was noticed and the audience of “Khandvaneh” had a high participation in the selection of the winners of the competition. People in the first stage “laughاننده‌شو 2 »برای ۱۶ ParticipateE, 18 million 523 thousand 428 They had sent a vote. While in the first stage of the third season, b12 participants voted, 2 million 938 thousand 87 people Voted for contest participants; One-sixth series before the match. This shocking statistic shows how much the program has lost its audience. This path of losing the “audience” seems to be closely related to the hilarious “author” approach, which we will discuss later.

People in the first phase of “Laugh at Show 2” sent 18 million 523 thousand 428 votes to 16 participants. While in the first stage of the third season, for 12 participants, 2 million 938 thousand and 87 people voted for the participants of the competition; One-sixth series before the match.

Undoubtedly, Khandvaneh has been one of the most successful entertainment and television programs in recent years, which has contributed a lot to attracting the audience to Nasim Network. But it seems that this program is far from its glorious days and continues its downward trend rapidly.

Khondavaneh is not having a happy day these days, her playfulness does not appeal to her and she is less interested in the audience to watch this program in the end. But what happened to the young Khondavaneh and Rambod?

Following the controversy surrounding “Young Rambod”‘s trip to Canada and the birth of his son in that country, the actor, director, film and television producer has experienced almost no successful program and is constantly on the verge of losing popularity. Thus, the young Rambod in the recent period of Khondavaneh is more like a businessman whose branches work well in economic affairs than an art director or creative director, and the audience has understood this correctly.

He who once understood the pulse of society and his works were current, now seeing his late laughter and other works and some of his behavior, we come to the conclusion that his lifestyle and beliefs are so far away from the reality of society and the life of “ordinary people” that It has no criteria for measuring and recognizing the audience’s sensitivities and condition.

The young Rambod in the recent hilarious period is more like a business man whose branches work well in economic affairs than he looks like an art director or creative director.

In the culture of radio and television programming, the term climax is a common term. Every program has a climax that is associated with the fame and fortune of the audience and critics, and it has a downside that is accompanied by a decrease in the popularity and decline of the audience and the criticism of media experts.

With this in mind, should we wait for the young Khondavaneh and Rambod to return to their heyday, or has capitalism, propaganda, and commercialization dominated the program to such an extent that the possibility of creativity and innovation is practically lost, and this program is becoming more and more old-fashioned? Will it move away from meaning?

John Berger believes that because no critic dared to criticize Picasso at the time, and collectors bought him every simple line because of Picasso’s fame at exorbitant prices, this led to his decline and he could no longer make any changes except in painting and Not to create in his life. John Berger described Picasso as a state of loneliness and destruction, the state of an angry and frustrated old man. Angry at the beauty of something he could no longer create.

The conclusion that can be drawn from this critic’s discussion is that in fact, the excessive fame, lack of critique and abundance of buyers who bought every piece of his garbage in such numbers, led him through creativity, innovation and promotion of art and change in the world. Painting away.

Of course, neither the young Rambod is as famous as Picasso, nor is Khondavaneh an unparalleled masterpiece. It makes you lose your ideas.

These days, as the hilarious program of its eighth season passes, everything seems to be lost. There is no news about that creative Mr. Khan anymore. Without the script and improvisation, he always carries out the same clichéd repetitions and no longer attracts much audience. Mr. Khan, who in the early seasons of Khondavaneh was the spirit of collective criticism of the society, is now more influenced by cyberspace and is deeply involved in repetition and stereotypes.

Some audiences consider rhetoric as one of the factors that keep the audience away from this program. According to some critics, the young Rambod has an exaggerated behavior in this program that is not credible to the audience.

Other critics have called the program “hilarious” and point out that the young Rambod is not so much concerned with or understood by society. He has created a program merely not to create a cultural platform but merely to earn money. Therefore, the young Rambod is so involved in the margins of the issue and propaganda dominates his program that he can not save his program from lethargy and boredom.

The young Rambod is neither so concerned with society nor aware of it. He has created a program merely not to create a cultural platform but merely to earn money.

Finally, in the process of creating a work of art, it is very important for the artist to know when and where to finish his work. Just like a footballer who has to kiss and say goodbye to the green rectangle before being booed by the audience, he seems to have reached the end of the line, and is more involved in star advertising than in creative work and making art and influencing the audience. Square and commercial work. Of course, there has always been advertising-commercial and sponsorship work in the family program, but to understand the subject more accurately, it is enough to compare the type and manner of advertising in the eighth chapter with previous periods. It seems that as the program becomes weaker and less popular, the volume and excitement of its sponsored advertisements becomes more and more widespread.

In previous seasons, although advertising was done but we have never seen the young Rambod define a particular brand or company or business so much, advertising was generally marginal and brands were introduced very cautiously; But now it is working so hard to introduce these commercial services that it seems as if the whole attachment program is an advertisement for its personalization. It means that the whole program is broadcast for this to advertise a certain product, brand and commercial company.

It seems that the young Rambod would have achieved better results if he had spent only a small part of his passion for advertising analyzing and re-examining the strengths and weaknesses of his program. Sometimes you have to stand and look behind you, the unchecked “laughter” is not worth seeing. 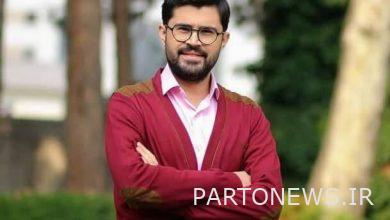 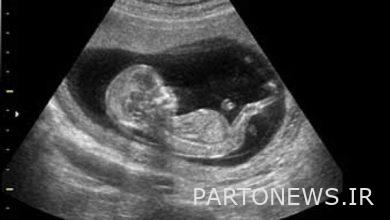