Fars News Agency – Cinema Group: Every Monday, cinema critic Mohammad Taghi Fahim deals with the situation of the country’s cinema in a regular note in the Jam Jam newspaper with an analytical approach. Since today, due to the situation in which the cinema is caught, one of the most important actions related to it can be a kind of pathology of the current situation and its analysis, we will republish this series of notes. It seems that the crisis of the screen and the decline of the audience is one of the most important issues that should be considered in the world after Corona, so Fahim’s analysis is focused on creating a platform to attract the audience.

“The dramatic decrease in cinema-goers and the reciprocal movements of the cinema organization, especially Mohammad Khazaei, in provincial trips have become the headlines of various media these days. Efforts to work together with neighbors to harness the capacity of cities, from talented manpower to attracting local authorities to support the cinema, are the minimum fruits of a management team presence in recent months.

As the new cinema management accelerates its efforts to get out of the current situation, especially in the context of attracting audiences and the economic development of cinema, the currents of interest in previous managements raise the banner of controversy in order to create passivity. Currents that are dead with the slogans of cinema or are only produced and the cinema of the hall no longer has a place of the Arabs and … try to inject despair in the potential supporters of cinema and also create stagnation and stagnation of this most effective cultural entertainment tool of the people.

What is now being said under passive slogans is the result of the stagnation and recklessness of past management, especially in the years leading up to Covid-19. Instead of taking advantage of Covid’s opportunity to enter the design and implementation phase of post-Covid programs, the management went hand in hand, leaving only the path of unbridled production to deliver the scorched earth by increasing the number of films. Some of the current passive slogans, (ranging from magazines to some at management levels, chambers, and boards of trustees) not only did not come up with any post-Covid plans during their presence, they even undertook projects and approved them themselves. And made filmmaking a priority for themselves and those around them. We saw that the number of film productions also increased during the Covid years. In fact, they had put all the cinema budgets on the production line in order to fill their pockets through this corrupt way. Covid reached out to the previous management to justify the collapse of the previous cinema and also to make the most of Covid’s two-year dominance. They constantly covered up their weaknesses by magnifying the bankruptcy of American cinema, unaware that if the United States suffered a drop in audiences and faced a serious challenge with other measures, including changing the direction of production to make works with two copies, online release , Strengthening platforms and … took cinema to homes more than before.

خبر پیشنهادی:   Creating large and integrated workshops in South Khorasan for the prosperity of handicrafts

In fact, the passive management of the past only saw the challenge of American cinema in theaters, but what was mostly overlooked by previous executives, especially in the Covid epidemic, was the efforts of countries independent of American cinema, from Germany and Japan and Korea to India and China. And even England, which was well aware that Covid would not be permanent and had to think about the years after Covid. China is a prime example of where its cinematic director planned for the cinema more than the period of the Quaid epidemic to further develop the cinema infrastructure. The country, which has seen its cinema grow exponentially in all its components over the past two decades (it has only seen a nearly 100 percent increase in viewership), has grown policy-wise in the Quaid era instead of giving up or abandoning cinema. , Diverted budgets to infrastructure, adding 20,000 theaters to the distribution and show network during Covid’s years. With the prospect that the Quaid period will soon be over, China has rightly ordered small local theaters and … to be able to move from being the second most watched cinema power (with $ 13 billion in revenue) to number one.

But what did the management of our cinema do during this period? Now that the new team is on the path to attracting all the capacities of the country to the cinema, those who, through government projects, gained access to offices, offices, tribunes and publications through rent and infiltration in the layers of government management, have a loud noise against cinema. “They have taken it, unaware that the cinema is not dead and may see changes in the audience, so long live the cinema.”

خبر پیشنهادی:   Analyzing the poetry and character of "Shadow" in the special program of "Shabhai Art"

Is Bitcoin nearing its end? 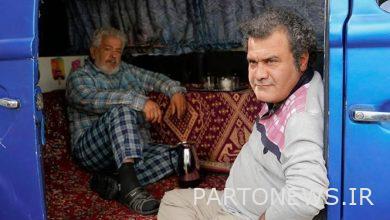 “House of the Oranges” tells the story through Volkswagen 2/1 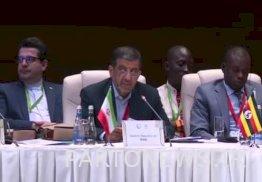 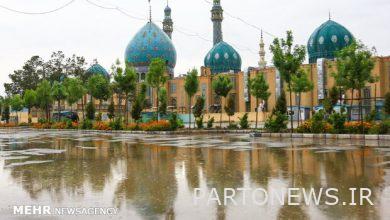 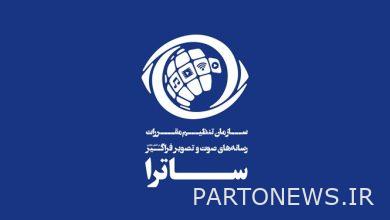