The 34th Theater Festival of Isfahan province recognized its winners in the sections of poster and brochure, lighting design, stage design, music, female acting, male acting, directing and writing and ended its work by introducing two plays to the regional theater festival.

Charso Press: In this event, which was held on Monday (December 21) at the Isfahan Art Hall, he said: Isfahan is a thriving city of art and theater, and Isfahan’s history in theater is not hidden from anyone. Isfahan has 41 groups and many groups are waiting for registration, each of these groups can be the source of transformation.

He continued: Isfahan has something to say in the field of theater and comedy shows as well as other arts and has always been the source of works in this field. In the last meeting of the people of Isfahan with the leadership, they also emphasized this issue.

Tamnai added: Isfahan is a city of art is a problem, but to remain a city of art requires our efforts and efforts to protect these arts and artists so that we can inherit this art and this is our duty today and the duty of artists and officials.

Director General of Culture and Islamic Guidance of Isfahan province, stating that one of the subjects of theater art is to create vitality and dynamism in the province, and we hope that Isfahan province will benefit from the show in this field, said: The 34th theater festival of Isfahan province started with 18 applicant groups. Of these, 8 works reached the stage of the festival competition and after review and judging, the selected works were selected.

also Korosh Zarei, secretary of Fajr International Theater Festival While thanking the people and groups who participated in this festival and did not allow the lights of the theaters to turn off with their performances, he said: Theater never stops, it goes on like life and has its impact. Despite the fact that people’s presence is effective and happy, theater will not be stopped by banning and non-attendance, because the duty of art is to work in difficult conditions, and the 41st Fajr Theater will be held magnificently.

خبر پیشنهادی:   The arrival of a new rain system in the country from tomorrow afternoon/Persian Gulf will be rough and turbulent

Mojtaba Shahmoradi, head of cultural, social and sports organization of Isfahan municipality He also stated: We in city management think that a city as high as Isfahan is a cultural city, and Isfahan is a city of life when artists can work well, have a space to present their works, and people have good cultural and artistic consumption.

He stated that in the past year, he tried to make the art hall and the specialized office the beating heart of art and help artists, he continued: With the approval of the performing arts center of the General Department of Culture and Islamic Guidance, the second Khandistan festival will be held in March and we hope that the festival will be successful. Khandestan, which is based on the history of comedy shows in Isfahan, should become a national event with the participation of artists and officials.

Shahmoradi announced the addition of two theaters to the city’s performance spaces and said: “We hope that two plateaus will be added to the cycle of theater performances in the arts campus on the outskirts of Chaharbagh by the end of the decade.” Our effort is for Isfahan Theater School to find its place and we hope that every day new groups will be formed, more theaters will be produced, people of Isfahan will come to watch theaters like passing through Imam Square (RA) and the city of Isfahan will become a theater city.

In the continuation of this ceremony, the best shows in different fields were announced as follows:

In the poster and brochure section:

The show “The Tales of the Red Castle” was recognized as worthy of recognition.

In the light design section:

The show “My dreams reach you” was recognized as worthy of recognition.

In the music section:

In the stage design department:

“Misho Suzuki’s show” deserved a commendation and the top rank was assigned to the show “My Dreams Catch You”.

In the female acting section:

In the male acting section:

In the writing section:

In the direction department:

Also, two plays “My Dreams Catch You” directed by Ehsan Janmi and “Misho Suzuki” directed by Pouyan Atai were introduced to the regional theater festival.

I am Persian What is the plan of journalists to pursue the insurance of internet taxi drivers and the revival of traditional medicine? 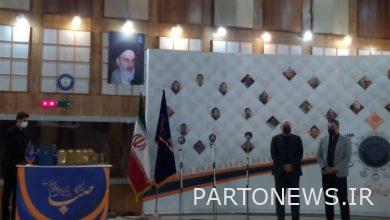 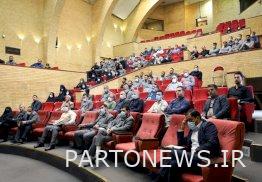 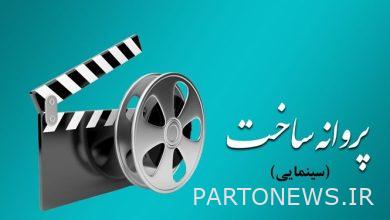 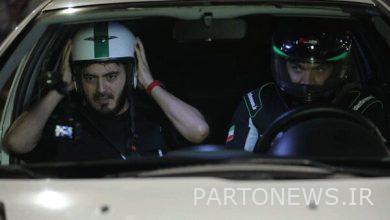