Hyrcanian boxwoods are valuable trees and part of our forest reserves, but since 1389 and 1390, due to the outbreak of two pests “blight” and “leaf-eating butterfly”, we have lost about 40 million 200- to 300-year-old boxwoods.

The forests of the north of the country are a collection of plant species, many of which are unique and grow only in the forests of Iran. One of these unique species is the forest boxwood or Hyrcanian boxwood, an evergreen shrub found only in northern Iran. It grows in the East Caucasus, is actually a medicinal plant, and many studies are now being conducted on it with the aim of producing anti-cancer drugs.

Shamshad Hyrkani is an evergreen tree native to the Hyrkani forests in northern Iran, which is endangered by the International Union for Conservation of Nature (IUCN). It softens that according to the Secretary of the Convention on Biological Diversity, during this period we have lost about 40 million 200- to 300-year-old boxwoods and they can no longer be returned to nature.

Hadi Kiadaliri told IRNA Environment Reporter: “It was in 1389 and 1390 that we noticed the drying of boxwood trees in the northern forests of the country. The drying started from the west of the northern forests, ie from Gilan province, and developed, after reviewing It turned out that a fungus is the cause of this drought, which also spreads quickly. At first, the level of contamination was very low, but it spread rapidly.

He added: “Of course, the outbreak of the pest among forest trees is not new and has been observed many times in the countries around us, but since boxwood is a rare species and even in Iran in a small area it exists only in northern forests. It is also known as the Hyrcanian species in the world, so it is very important, so when we witnessed the outbreak of the pest, we gave the necessary warnings, but the responsible organizations took the issue seriously with great delay, although at that time much work was done to prevent Pest outbreak failed.

He stated: This fungus infected all our boxwoods until it reached near Nowshahr, at which time the Sisangan forest park was also infected and many of its boxwood trees were destroyed along the way, as well as all boxwood trees that are 200 to 300 years old. They were drying up, the fungus is spread by various factors such as wind, rain, animals and humans, so it spread rapidly.

The head of the Faculty of Natural Resources and Environment of the University of Research Sciences said: “It was then in 2015 that another pest called leaf-eating pest broke out in Banafsheh Chalous Park next to the Caspian Hotel, which was only for boxwood. It eats and destroys boxwood. In fact, as soon as the fungus subsided to some extent, the leaf-eating pest erupted. In fact, Banafsheh Park was the center of the pest, which could be controlled there so that it would not spread. It was also a tourist area, so the pest was moved quickly by tourists, but no action could be taken to control it. In the early stages, it could be solved with 10 million tomans of credit.

خبر پیشنهادی:   Dust rising on the way to the capital

In 2015, another pest called leaf-eating pest broke out in Banafsheh Chalous Park next to the Caspian Hotel, which is only specific to boxwood. Therefore, the two fungi and the leaf-eating butterfly together destroyed the boxwoods in the north of the country in a short period of time. At the same time, the estimated damage showed that 40 million boxwood trees had dried up, which was also predictable. Unfortunately, dried trees are no longer reversible, although at the time some people said that this is a natural process and the trees will return over time, but this was not true because trees that are always green and do not fall if any factor damages their leaves. 90% will not return, so those who became infected and dried up will not return. Those who survived and were not infected will remain.

In response to the question of whether something could be done to prevent the trees from being destroyed to such an extent? He said: “Yes, it would have been done if action had been taken in time, but first of all, we do not have a control and monitoring system at all. That is, when a pest erupts, every action can no longer be done, neither spraying nor other work is possible, and in many cases the paths are difficult to cross, but we then prepared instructions on what to do. A specialist was formed, but it was too late to save the cartoons.

He added: “Even if we had a seed bank, maybe the damage could be compensated to some extent. The trees that lost their leaves would no longer produce seeds. At that time, we also said to collect at least the seeds of these trees, which of course is very small. It was done after we had lost a lot of tree stands that were not responsive at all, so at the same time we said that now that you have not collected the seeds, at least cut them, that is, cut them from the stands that have not been infected yet, so that Isolated nurseries should be grown and when the pest subsides, we should plant the cuttings in the fields, that is, we should plant them again where the cuttings were taken.

It was suggested that the boxwood trees be collected and stored in a seed bank to compensate for the seed damage, which was not done. The University of Research Sciences said: for this purpose, a specialized course was organized and cuttings were produced, but no one found out about these cuttings, they were even free, of course, the responsible organizations had to plan, but each institution blamed another. We lost many boxwood species.

He emphasized: Boxwood is a rare species and was considered as one of our forest reserves. Also, due to its value and because its number was very small, it was banned from previous periods. It had little and now its population has become much smaller due to the outbreak of these two pests.

“Even if it does not become extinct, many genes are definitely lost, because in the current situation where we have boxwoods, genetic drift occurs. In this case, we lose many genes, for example, the dominant genes may be present,” he said. That we have lost the maintenance of these boxwoods in the past years, so after the outbreak of the pest, we can no longer preserve the rest of the boxwoods.

خبر پیشنهادی:   Meteorological Organization warns of strong winds and dust in the country

He said: “On this account, the complete extinction of the boxwoods is not far away. Some say this is a natural process, while it is not at all because the process of the natural process is different. Natural means that we had this situation in the past and the severity of drought in The limit was high, but when it was not, the outbreak was different, it was a new problem, and species that are few in number, an incident like this can destroy even genes, and it is the diversity of genes that guarantees the survival of a species.

Estimates state that we have 70,000 hectares of boxwood forest, of which 40,000 hectares have been lost. As the boxwood is native to Iran and is known in the world as Iran, it is a very valuable species, so it can not be said that not only the boxwood is extinct but also a It was a habitat, so it must be said that a habitat has been destroyed. However, forest reserves must be constantly monitored so that in the event of a problem, immediate action can be taken to resolve it.

“Boxwood is one of the key species and is a specific species of an area. The problem is that boxwood forests are also habitats, meaning that they are home to a variety of creatures that depend on them, even these trees because of the type of cover they have.” They create dark and covered places that can be the habitat and shelter of many animals, and micro and microscopic creatures that are not visible live next to these species, which are destroyed by their extinction, while boxwoods are trees. They have medicinal properties and are studied for their anti-cancer properties.

He said: “These pests destroyed many boxwood trees in a period of 3 to 4 years, and it was not clear at all how these pests entered and hit the boxwood trees. Even during the flood, there was no quarantine, for example, the Sisangan forest.” It is a place for tourism and is one of the habitats of boxwood trees, but at that time there were no restrictions on traffic and tourists could easily move the mushrooms. 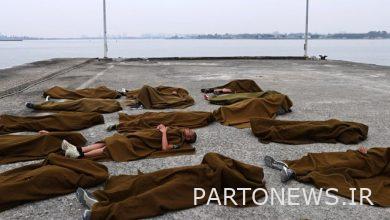 Deadly exercises of Taiwanese divers in the language of images 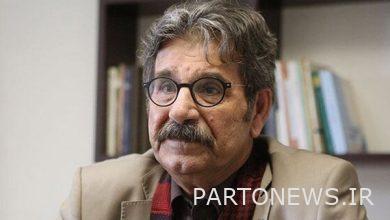 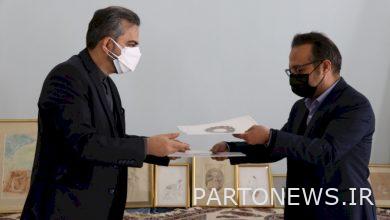 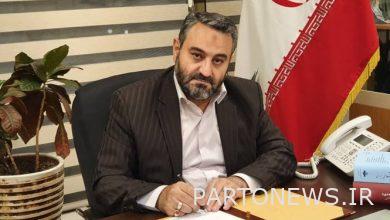