Fars News Agency – Music Group – Alireza Sepahvand: Mohammad Ali Karimkhani, the praiser of the Ahl al-Bayt (AS) and the singer of the famous song “I have come, O king, give me refuge” died yesterday at the age of 72. Apart from the spiritual social atmosphere in which he grew up and was praised with his heartfelt devotion, this praiser of the Ahl al-Bayt has unique characteristics from a musical technical point of view that put him in a special position, to the extent that it leads to the creation of a masterpiece. Enduring such as “I have come, O king, give me refuge” and a considerable number of his other performances.

Undoubtedly, the most important reason for cultivating such a eulogy, which is sung at the level of professional music singers, is the high level of eulogy music, especially between Qazvin and West and East Azerbaijan. Iranians have reached a unique position and style with the color, smell and originality of the ancient praise of this region.

From many performances and audio files of Azeri-speaking fans, one can find a common ground between them. The first is that everyone performs the eulogy with musical principles and in the corners and rows of Iran, where the “Shoor” tone is mostly used, and the second is that all these eulogies have a high volume and according to the described style in the upper (bottom or top) tunes. They read. This means that the admirers of this land are mostly in the range of the left notes of the tune, while it should also be noted that the late Karimkhani and several other famous admirers of this style, in addition to the ability and performance of most works in the upper tune, had a considerable sound range. It is known as hexadong or the equivalent of three octaves. Explain that in music theory, each dong has 4 notes in music, so both dongs become one octave and the sound of six dongs means that the singer can sing in three octaves from bass to bass. Of course, three octaves can be 24 notes, 2 of which have the same and repetitive notes, and therefore the six-dang singer can play 22 notes with his larynx. The late Professor Mohammad Reza Shajarian, Professor Iraj (Hossein Khajeh Amiri), Professor Golpayegani, the late Professor Mohammad Ali Karimkhani and the late Iraj Bastami are among the well-known Iranian singers.

One of the characteristics of the late Karimkhani is that his voice, although he played with power in high tunes, but had a characteristic that is rarely seen and heard among singers at this level, and that his voice in tunes very low and The top does not “narrow”, meaning that the sound still retains its volume. This is important because the sound decreases in volume as it goes to the following notes, and the laryngeal muscles must produce the following note by contracting as much as possible, which narrows the sound and reduces its beauty and strength. , But in the voice of the late Karimkhani, this “Nurens” is at its lowest level, so that it is not felt and heard, especially by non-musical (non-musician) corners.

Other features of the late Karimkhani’s voice include the beautiful color of his voice and precise tuning. As far as all the audio and video versions of this valuable praiser of the Ahl al-Bayt can be seen and heard, not a single instance of inconsistency has been recorded among these works. We can see a significant number of praisers who do not have the slightest knowledge and experience of music and the principles of singing. However, praisers have always reached the peak of popularity and acceptance among the people and lovers of the Ahl al-Bayt. And they have implemented their beliefs for the people.

The late Karimkhani, in addition to the school he came from, came to the radio in the early sixties with the help of Mr. Sobhdel, and this collaboration and professional work in the studio gradually led to the creation of a lasting work called “I have come, O king, give me refuge.” became. A work with good and standard music of “Aria Azimi-Nejad” which, by using articulations and harmonious atmospheres, was able to make the reading and performance of the late Karimkhani more brilliant.

Azimi-Nejad in this work, which is performed in Dashti song from the accessories of Shoor system, has presented a fusion arrangement in which pads and string sections are used as a bed based on tonic notes and color of harmonic counterpoint points, and the use of Iranian setar instrument. It even refers to the transverse notes of Mayeh Dashti to emphasize the originality of the melody of this Iranian work and all these combinations finally make the voice of the late Karimkhani where he says “I have come, O King, give me refuge” to be very impressive and enchanting.

The late Habibaullah Chaychian, nicknamed Hassan, the poet and mourner of the Ahl al-Bayt (AS), composed the poem of this lasting work to complete the triangle of an eternal work.

Mohammad Esfahani, a well-known Iranian singer, says of the late Karimkhani: Is”.

Homayoun Shajarian has also dedicated to him “Where am I, where is the rain” from his album “My Iran”, which is based on Karimkhani’s singing style.

One of his famous works can be Ashura whisper – «Hussein Aram, my dear Hussein, my soul and spirit” Cited. Regarding this work, it is explained that Majid Majidi, a well-known director of Iranian cinema, recorded and published this work in the form of a video in Hosseinieh Karbalaei of Globandak so that the audience and lovers of Ahlul Bayt could see and hear another pure work of the late Karimkhani.

Bitcoin price analysis: Calm before the storm or start the uptrend? 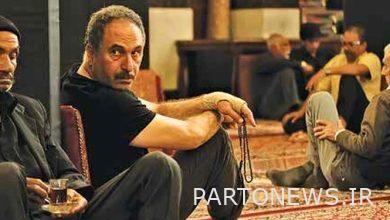 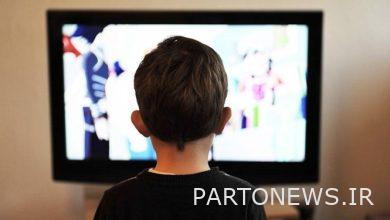 Results of a study: Television has degraded the tastes of the audience but is still popular 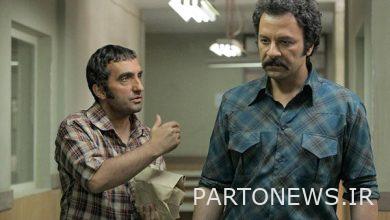 “Process” returns to the stage / reconstructs Kafkaesque world in theater