According to the Aria Heritage Reporter, officials from Iran and Germany were present at the ceremony. In the exhibition of works of the German Mining Museum, 200 works from 20 countries and in the exhibition of death in salt, 150 works from the Achaemenid period to the contemporary period can be visited for those who are interested.
“On behalf of the German Embassy, ​​I would like to thank all the organizers of this event,” said Stefan Buchwald, the German Deputy Ambassador to Iran, at the opening ceremony of the two exhibitions. “Iran has always been an important country for me and today I am very happy to be in Tehran and to attend the official opening ceremony of this exhibition.”

He added: “This exhibition is the result of a joint collaboration that dates back to 2017, and today we are fortunate to see that an exhibition from Germany and an exhibition from Iran are being held simultaneously at the National Museum of Iran, which is actually the fruit. “And the fruit of cooperation is the two countries of Iran and Germany.”

“We all believe that cultural exchange can create respect and promote a peaceful life, because culture, like a bridge, helps to strengthen human communication,” he added.

خبر پیشنهادی:   Establishment of a service desk in the historical mosque of Sardar Urmia

Man in search of sources of works from 5 continents

He added: “Holding an exhibition of human beings in search of resources is important because works from five continents of the world will be displayed in this exhibition. “This is an important achievement of cultural diplomacy, and we hope that this path will continue in the context of cultural relations.”

We hope that the cooperation between Iran and Germany will continue

“We were very impressed to see the Chehrabad Salt Mining Museum in Zanjan,” said Thomas Stolner, deputy director of the German Mining Museum. This exhibition is the story of a scientific collaboration that connects us to Iran. “Cultural issues are of interest to both countries, and we hope that cultural cooperation between Iran and Germany will continue.”

Cognition through cultural heritage is the truest cognition

Mohammad Reza Kargar, director general of the museums of the Ministry of Heritage, Culture, Tourism and Handicrafts, also said at the ceremony: “We always believe that the result of recognizing friendship is friendship, and not knowing or knowing badly is the result of enmity. “The people of Germany and the people of Iran know each other well today in the shadow of a century of cultural cooperation, the product of which is the friendship between the two nations.”

“The knowledge that is created through cultural heritage is the truest knowledge, because the identity of nations has been formed over thousands of years and our culture and civilization show that whenever we were in contact with other civilizations, it was the most prosperous period of our civilization.”

Communication with Iran is important to us

“Communication with different countries in the field of culture, including Iran, is very important to us,” said Stephen Brueger-Hoff, director of the Bochum Mining Museum in Germany, who spoke via video conference. “We believe that this cooperation is a good opportunity for countries to get to know each other better.”

“This is important because many of the techniques that existed in the past still have applications today, as they are historical and ancient elements that can be used throughout the ages,” he said. “For this reason, I would like to thank the Ministry of Heritage, Culture, Tourism and Handicrafts of Iran for holding this exhibition.”

Monica Luther of the Garda Henkel Foundation also spoke in a video conference at the event: “Through the cooperation of the two museums of Bochum, Germany and the city of Zanjan, a very good cultural connection has been established between Iran and Germany. “Zanjan has played a useful role in the Chehrabad salt mine.”

“What has led to this cooperation is the sympathy of the archaeologists of the two countries in the field of salt mining, which has led to the strengthening of cultural cooperation and the holding of joint exhibitions,” he added.

Seyed Ahmad Mohit Tabatabai, President of ICOM Iran, also spoke at the ceremony: “Museums, according to ICOM, one of their main tasks is to create peace and coexistence. “This task is achieved through interaction and cooperation with various museums around the world.”

“Let us not forget that Iran and its geographical location are such that it can be called a path, a path that connects many civilizations,” he added.

Mohit Tabatabai continued: “We are talking about culture and history, which in its essence has always lived globally, and in this exhibition we can see Iran’s global connection with other parts of the world. “I hope that in the continuation of these activities, we will see cooperation that continues to emphasize world peace and friendship.” 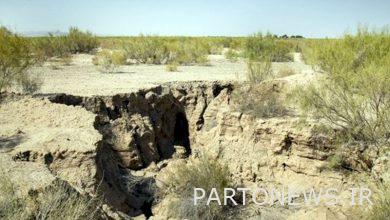 Land subsidence is a threat to the life of Isfahan 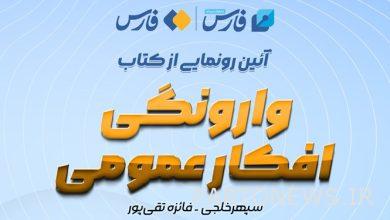