According to Tejarat News, the car market has entered a downward phase since mid-May this year. This trend continued today and car prices in the market continued to fall faster.

A study of the Tehran trading market shows that the price of Tiba Zero 1401 reached 194 million Tomans. Tiba hatchback of the year was priced at 204 million tomans. In the zero-kilometer hatchback market, model 1399 was available at a price of 190 million Tomans.

Also, the price of Pride 131 SE, model 1399, decreased to 182 million Tomans. Pride 111, however, still shows more resistance than other models and is traded above 200 million Tomans.

Among the domestic models, this Samand has a record drop Car Prices It is considered in the hot days of June. Samand LX, which had a record price growth until the end of May and went up to 340 million Tomans, fell by 40 million Tomans in mid-June. But for LX 300 million Tomans, no special customer can be found.

With the beginning of June 1401, important factors went hand in hand Car Prices The interior enters a slope. Although the country’s officials are trying to link this trend to an increase in car production and supply, studies show that by the end of 1400, automakers were experiencing a decline in production of about three percent. However, the number of participants in the automakers’ pre-sale plans is a testament to the increasing demand in each period. Hence, from a supply and demand perspective, the pressure is to increase rates rather than decrease Car Prices.

خبر پیشنهادی:   Do's and don'ts when welding a car on hot days

Recession in recent weeks Car Prices It was accompanied by a slump in transactions. Apparently, the lack of customers in the market forced the sellers to announce their prices in a lower range. But the price reduction did not change the role of customers from the applicant to the buyer.

Why did car prices fall?

There are currently several variables to keep in mind when buying a car. Variables, each of which alone is enough to stagnate the market, but have now emerged together.

One of these factors is the beginning of the growth of the dollar in the foreign exchange market. This market always has an irreplaceable role in other markets and the slightest fluctuation in it is reflected in other markets. Although currency and cars are not inherently capital goods, in Iran they are always viewed as investment markets. Hence, by directing capital to the foreign exchange market and subsequently gold and coins, it is natural for part of the capital to leave the car market. To be more precise, investors currently find the currency and gold markets more attractive than the car market.

But real car buyers are also currently facing barriers to entry. In particular, by changing the conditions and lottery system of domestic cars, it seems that they have hoped to win the carmaker lottery. This seems to be the last glimmer of hope for them. Now the distance Car Prices From the factory to the market is enough to have more patience to buy a car from the factory.

خبر پیشنهادی:   How much is the house price in different areas of Tehran?

Liberalization of car imports is another factor that has affected the market since the beginning of this month. It seems that the government is determined this time to open the eyes of the Iranian market to foreign car models. Given that the government has promised to import cheap and mid-priced cars, it is likely that some will wait for the plan to be implemented.

Borjam is another factor that created the expected conditions in the car market. The Vienna talks in the thirteenth government are as old as the government. Various market participants are now waiting for the outcome of these negotiations, so that with a possible agreement on prices, it may experience another fall.

Finally, a group of applicants say they have lost the purchasing power of secondary necessities such as cars due to rising prices for other basic goods. Especially in the last two years, the prices of many car models have grown three to four times and there has been a significant gap with wages.

Do prices continue to fall?

Meanwhile, many experts believe that production and supply affect the market more than any other factor. Variables may affect the market, but all of these fluctuations are cross-sectional, and the car market will not stabilize unless supply is in line with demand.

The weather in Tehran is getting warmer 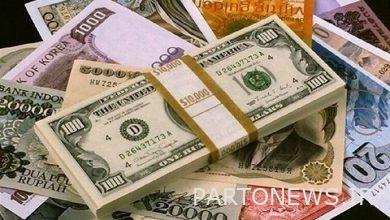 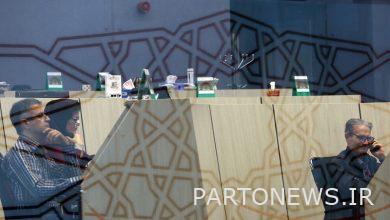 When will the registration results of national housing applicants be announced?