Fazeh Sadat Hosseini, who is in charge of a special program on Ofogh during the holy month of Ramadan, told Mehr about why she performs less on TV: “I have a kind of restriction because I work under the supervision of the political deputy.” I have to run. This was one of the few programs that allowed me to perform, which was a special and miraculous event for me.

He continued: “I am very concerned about program-based programs in my specialized academic fields and I have many suggestions in the field of implementation, but as I said, I have organizational limitations and I myself am very hard on choosing a job.” The “servants of the shrine” were like a miracle; My presence in the program and sympathy with the families of the martyrs, whose blessings I have seen in every moment of my life, was a special opportunity for me.

Our priority was the lesser known martyrs

The presenter said about the martyrs who have been covered in this program and talked to their mothers and wives: “The priority was to go to the martyrs who are less known and we have heard less names of them in the media, and for this purpose to cities in the provinces.” We traveled to different parts of Iran, including East Azarbaijan, Mazandaran, Khuzestan, Isfahan, Qom, Khorasan Razavi, etc. In this short period of time and with very tight recordings, thank God, we always traveled to different parts of the country.

He said about the start time of these trips and the production of the program: We started the fourth chapter in February, we have a research group that identifies these martyrs and after that we go to the families of these martyrs. The recording of the program continued during Nowruz and until recently during the holy month of Ramadan, and we were constantly reaching out to these families. The program team was very enthusiastic and the families themselves were very supportive. Sometimes we recorded until four in the morning and a conversation sometimes took hours so that we could prepare a pleasant, eloquent and engaging narrative for the audience.

Hosseini said about the recording space in such programs: “Our recording space is the space of life itself, we live together for hours, we laugh, we cry, and the sweet language and the presence of the young children of the martyrs in the middle of the recording make the work atmosphere sweeter, especially when children.” We try to make our atmosphere happy and tell about happy memories and good moments of life such as the heroism of the martyrs and the atmosphere of hope and more. Sometimes, during the conversation between me and the wives of the martyrs, they narrated the dreams and miracles they had seen from their martyr, or about the nostalgia and hardships of martyrdom or the martyrdom of their loved ones, and we heard that the cries of the agents gradually increased. They had to cut back and the recording stopped. Sometimes it is as if we were in a roza assembly and the wife of a martyr prays roza. Of course, the atmosphere of this program, as I said, was like life and it was bitter and sweet, sometimes we laughed non-stop with some memories.

خبر پیشنهادی:   The secretary of the 13th Basij Theater Festival was introduced

Regarding the selection of these wives, he said: “We are trying to choose someone who is a good ambassador to introduce his martyr, has good speech and has good archives of his martyr.” For each of them, the status of their martyr is high and they like to mention all the martyrs in the media, they introduce us a lot and they like to go to them to record the program.

The presenter, while pointing out that there was no record of us intending to interview the martyr’s family and that he had refused, except for one case, said: “I remember there was only one case when he refused to attend the program, and that was because He said that his martyr had been talked about a lot and wanted us to go to other martyrs, but in fact he sacrificed.

In another part, the newscaster said about the approach of some TV programs to sanctify the martyrs and not to address their mistakes and routine life: We do not have such an approach in the program and we try to cover all aspects of the normal life of the martyrs. Incidentally, the families of the martyrs themselves refuse to introduce their martyr very well and everything is over. They themselves emphasize, for example, that “my martyr was not one who prays the night prayer or does not have the qada ‘prayer every night, but he also had characteristics, such as his attention to people and family, and he was a man of good deeds and jihad, and his attention was to the treasury.” Or they say, “It was not like we were always good and we were angry.” The purpose of our program in the first step is to keep alive the names and memories of the martyrs and to pay homage to their holy presence, and in the next step, to introduce close and achievable models. We need to set achievable and correct models for our teenagers and young people, while the enemy is making the best use of this gap.

خبر پیشنهادی:   We provide the ground for students' participation in Sima / I went to Al-Alam in the third year of university

Books that made the lives of the martyrs more real

He also spoke about his interest in the stories of the martyrs: In the 1970s, I became interested in the biographies and lifestyles of the martyrs with the books “Hidden Half of the Moon”, narrated by the honorable wife of Martyr Hemmat, which were very idealistic and romantic. Martyr Hemmat was the first book I read to him as a teenager and he was the hero of my life, especially when I went to their house and saw their wife, but I had not seen the martyr himself and their character was very far and unattainable for people like me. But in recent years, books have been written that tell the life of the martyrs more realistically, and if the martyr made a mistake, he would say it along with the sea of ​​good deeds of the martyr. Incidentally, these books are narrated by the wife and other members of her family and are reliable, because we are not innocent and we should know that if we make a mistake, there is a possibility of compensation, correction and salvation. Ghorbankhani or Sardar Shahid Abolfazl Rafiei and… pointed out and it is important to know and hope and try, each of these martyrs lived in a way that in the end God finally bought them. We should try to walk in the path of the martyrs and become like them.

Hosseini, referring to the vacancies of films and serials about the martyrs on television, said: “Everyone likes these narratives in some way, one with books and one with these programs and documentaries, one with films, but there is no denying the impact of popular TV serials.” It is very empty.

In the end, he said about the continuity of this program: “God willing, the program is continuous because if it is stopped, we feel that our blood martyr will decrease, except that this program has a very good position among the audience and despite all restrictions for advertising in cyberspace and broadcasting.” From Ofogh, it became the best and most watched program of Ofogh in one period, and now, among all the programs of the holy month of Ramadan, television is one of the most popular, and it can be seen on TV thanks to the martyrs. 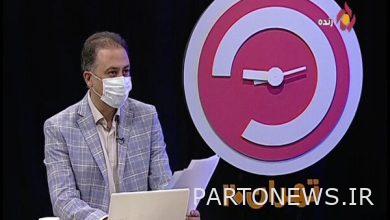 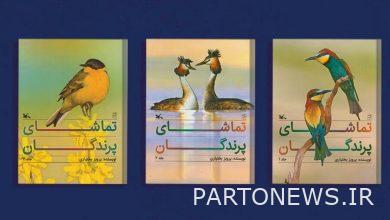 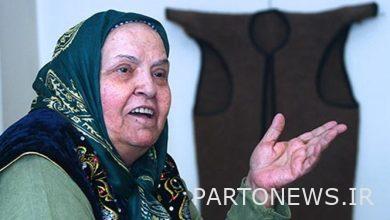 Commemoration of “Iranian lullaby mother” will be held in Shiraz