According to the Fars News Agency’s music correspondent, Rudaki Hall hosted choirs yesterday evening, which competed in the presence of the jury of this section, namely Nader Mashayekhi, Shahla Milani and Shahrooz Haghi.

The first performance was performed by the “Shaghayegh” choir from Shahrekord and led by Reza Karimian.
The group, which has been officially active since 1995, chose “Jorda (Like Mother)” to perform.
The members of the group for this performance were 30 male and female educators from Chaharmahal and Bakhtiari province, more than 80% of whom have at least 6 years of continuous presence in this group.
But the second performance was dedicated to the “Parseh” choir. The group, which was the guest of this artistic event from Shiraz, led by Tayeb Faqih, performed on stage.
The group, which has been active since 2014, selected the piece “From the Blood of the Homeland Youth”, which was arranged for the choir, to perform.
The Parseh Choir has performed in Spain, Germany, Sri Lanka and Russia so far, while the group considers the promotion of Iranian culture and art in the local and national sectors as one of its goals.
The third performance of the first day of the festival was dedicated to the choir “Tanin” from Khorasan.
The group, led by Ehsan Sadeghian, performed the pieces “Allah Barun” and “Watan” for their performance.
This group has also recorded several performances in Iran and abroad in its work record.
The “Aseman” choir was another participant in the group singing section of the first “Nawai Mehr” national music festival, which was performed by Seyed Mojtaba Zabihi.
This Khorasani group had chosen “Iran Memories” to perform.
This group, which started its official activity in 2006, has won several ranks by participating in various festivals.
The choir of the General Directorate of Education of Fars Province, which operates under the artistic name of “Sholeh”, was also one of the participants in this part of the festival.
The choir, led by Nader Kamrani, performed pieces by Mohammad Sarir and Zandiyad Ali Tajvidi, which were arranged for the choir.
“Watan” with a word from Moeini Kermanshahi, “Samar Golha” with a word from Touraj Neghaban were the pieces performed by this group.
Also, the main purpose of launching this group is to acquaint cultural figures with phonetic arts and to improve the quality of this art and student anthem.
But in the end, it was the turn of the “Mehr Watan” choir to take the stage under the leadership of Massoud Nekouei.
The group, which was the guest of the festival from Kerman province, performed a different performance and performed the pieces “Iran is at work” and “Mehr Vatan”.
The Acapella choir has performed at international festivals in South Korea, Italy, the United Kingdom, Turkey and Thailand, with ancient accents and dialects.
The first national music festival “Navai Mehr” will resume its performances today in the “Single” and “Student Anthem” sections. 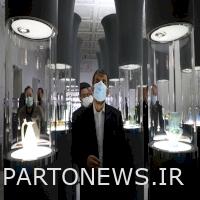 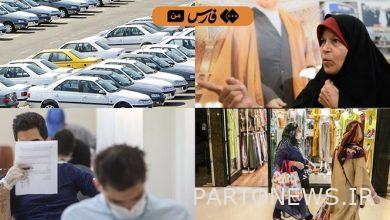 فارس من | The most popular “My Fars” scans; From the trial of Faezeh Hashemi to the change in the conditions of the senior entrance exam

“Gulghaltan” Khafr Fars, a religion registered in the spiritual heritage 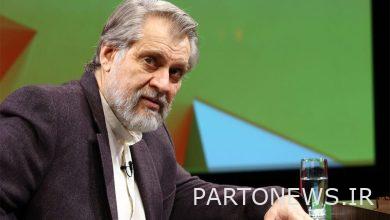