Life group: Although there are clear narrations about the injuries and courage inflicted on the holy shrine of Hazrat Zahra among Shiites and Sunnis, but today some people challenge the martyrdom of Hazrat Zahra (PBUH) and the importance of mourning for her on the occasion of the martyrdom of the Lady of the Two Worlds, Hazrat Siddiqah. Kobra, we have talked about this with Hojjatoleslam Saeed Naeini. The following is an excerpt from a speech by this religious expert.

Holding a mourning ceremony for Hazrat Fatima (PBUH) and offering her mourning to the great and honoring Fatimids and Fatimid rites are very important in two ways:
The first is the character of Hazrat Siddiqah (PBUH) and the second is the effect and result of the establishment of Fatimids.

The character of Hazrat Zahra is so great and virtuous that we ordinary human beings can not understand it properly. But it can be said in her description that the honorable lady who is pure is pure and the focus of the verse is purification which is a document for the infallibility of Ahl al-Bayt (AS).
According to the order of the Prophet, she is the server of all women in the world and the server of believers and believing women in this world and the hereafter.
In Sunni sources, several narrations have been narrated from the Messenger of God (pbuh) which show that Hazrat Fatemeh Zahra (pbuh) was superior and higher than all women in the world.
Ibn Shahin, in his document from Imran Ibn Husayn, quotes that the Prophet (peace and blessings of Allaah be upon him) addressed Fatima (PBUH) and said: (O my daughter! Are you not pleased that you are the wife of the women of the world)?

In another narration, Tabarani quoted Abu Hurairah as saying that the Prophet (peace and blessings of Allaah be upon him) said:
(Indeed, an angel did not visit me and did not ask God for permission to visit me, so (he came to me and announced) that Fatima is the master of the women of my nation). 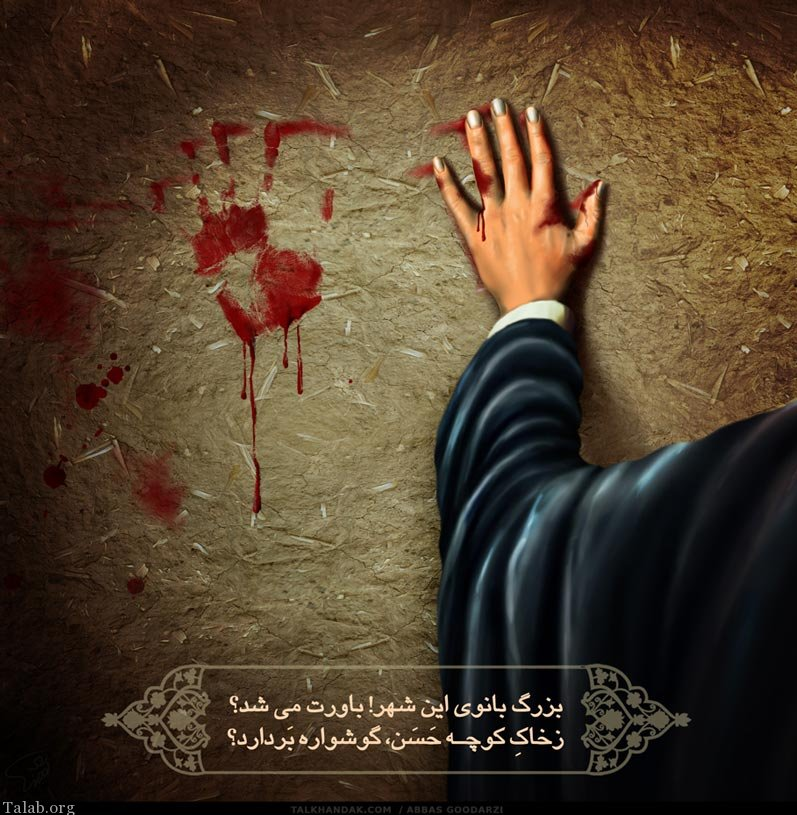 Zahra (PBUH) in the stature of Ali (PBUH)

Sedigheh Kobra’s character is so great that if it were not for the Amir al-mu’minin in the world, they would not have found a match for marriage.

It is narrated from the Messenger of God, may God bless him and grant him peace, that he said: Gabriel came down to me and said: O Muhammad! God, the Exalted, says: “If you did not have morality against you, then if you were fat, you would have enough on the face of the earth.
If I had not created Ali, there would not have been a match for your daughter Fatima’s wife on the whole earth, from Adam to others!

The Holy Prophet (PBUH) also says in Farazi: A group of Quraysh personalities rebuked me for marrying Fatima (PBUH) and said: We proposed to her and you deprived us, and made her Ali ‘s wife!
The Imam continued: I swear by God, I did not forbid you and I did not marry Fatima to Ali, it was God who forbade you and made her Ali’s wife!

In other narrations, we read this meaning from the words of Imam Sadegh (as):
If God had not created the Commanders of the Faithful Ali (as), Fatima (as) would not have had a match for her husband on earth!

خبر پیشنهادی:   It is necessary to deal with the organized promotion of bad hijab - Mehr News Agency | Iran and world's news 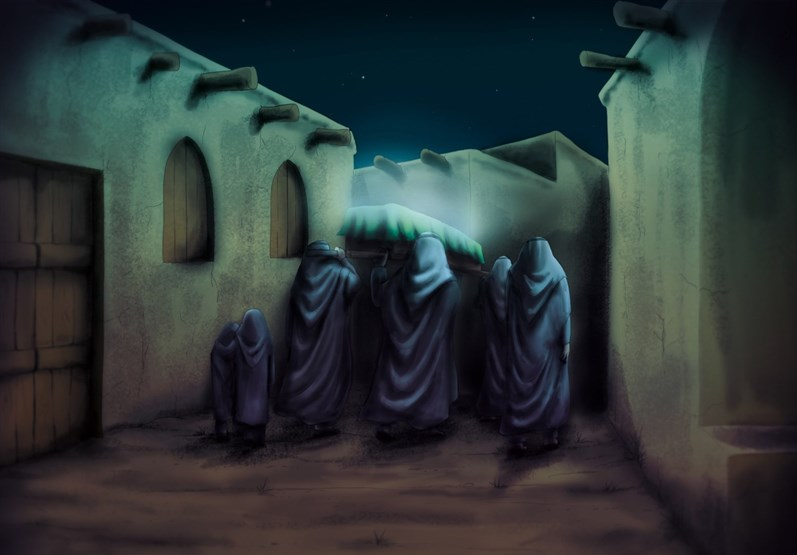 Hazrat Zahra (PBUH) is the link between prophecy and Imamate

Hazrat Siddique Kobra has made great efforts to preserve Islam, the burden of these efforts increased after the death of the Holy Prophet, which was a major deviation in Islam.
One of the reasons for the importance of mourning the Fatimids is the role of Hazrat Fatima in confronting the coup d’etat of Saqifa Bani Sa’deh, which took place with the aim of usurping the caliphate from the religious caliph and the true guardian of the Holy Prophet, the blessed existence of Amir al-Mu’minin Ali (as). In the meantime, Hazrat Zahra acted as a link between prophecy and the Imamate, and her great sacrifice, self-sacrifice and struggle led to the survival of Islam. He preserved the hypocrisy of Islam by reciting sermons, exposing and showing the face of hypocrisy, and paid the price for the blows and physical injuries of the oppressors in order to prevent the distortion of the religion.

It is narrated that when the sufferings of Ali (AS) began and his caliphate was usurped, one of the methods of defense of Hazrat Fatima (AS) was to weep over the oppression of Ali (AS). After the death of the Prophet (PBUH), he cried and said: “… I am Ali Akhik and Nasir al-Din; “Who (the helper) for Ali (AS) is the helper of your religion?”
In the last days of his life, he cried so much that Ali (AS) asked about its secret, and he replied: “I weep for what will come to you after me.”

So far, we have talked about the importance of holding the mourning ceremony of Ms. Sedigheh Kobra, and now let us turn to the virtues of reviving the Fatimid rites. The virtue of reviving the mourning of Hazrat Zahra is very great because whoever serves the Ahl al-Bayt has in fact acted on the verse of Mawdat.
He said: “I do not ask you for a wage except for a period in the nearest one, and from the one who turns away,
Say for it [رسالت] I do not ask you for a reward except for friendship about relatives and everyone who does good [و طاعتی اندوزد] For him, we will add in its reward, surely God is forgiving and grateful.

According to this noble verse, we are obliged to pay homage to the Ahl al-Bayt as the Prophet and to pay the reward of the mission, and one of the fruits and manifestations of this love is the breadth of his service in special days, especially the days of Fatimids. 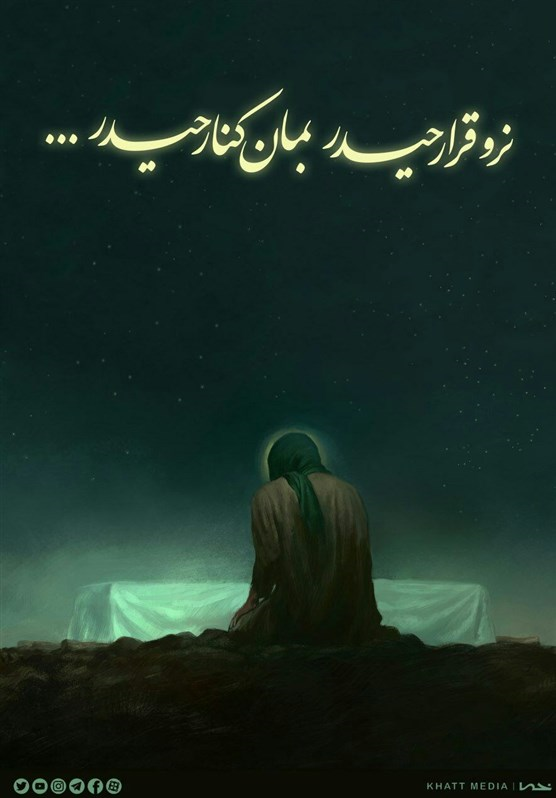 Despite the severe censorship and repression of that time and despite the cultural and intellectual struggles to hide the reason for the martyrdom of the Prophet’s daughter, there are several narrations in Sunni and Shiite books that testify that Hazrat Siddiqah was martyred by the caliphs.
There is a narration of Ibn Abi Shaybah in the books of the Sunnis which explicitly states: When the people pledged allegiance to Abi Bakr, Ali and Zubayr talked and consulted in the house of Fatima, and this matter reached Umar ibn al-Khattab. He came to Fatima’s house and said: O daughter of the Messenger of God! The most beloved person to us is your father and after your father you are yourself. But I swear to God, this love does not prevent that if these people gather in your house, I will not order them to burn down the house.

خبر پیشنهادی:   Implementation of 42,000 "Barakat" development projects in deprived areas of the country

It is enough to think that there was no more daughter and one relic than the Holy Prophet, but the caliphs threatened to burn his house and set his house on fire. “I’m angry, I’m angry, I’m not angry.”
Fatima is a part of my body, whoever hurts her has hurt me. 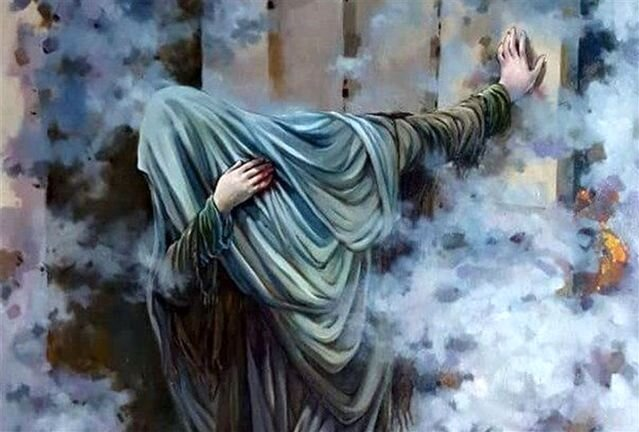 The manner of martyrdom of Hazrat Zahra, peace be upon him, in Shiite narrations
It is narrated that the Imam said to Asma: Prepare water for me, then take a bath with it and then said: Give me my new clothes, put them on and said: Bring me the rest of my father’s clothes from somewhere and put them under my head. And leave me alone and get out of here, I want to pray to my Lord.

Asma says: I went out of the room and heard the prayers of the Imam. To my husband Ali Morteza and his grief over me and to Hassan Mojtaba and his cries over me and to Hussein the martyr and his withering and grief over me and to my daughters who are part of Fatima and their grief and sorrow over me, I ask you to forgive the sinners Have mercy on the nation of Muhammad and have mercy on them and admit them to Paradise, for you are the most honorable of the questioned and the most merciful of the merciful.

Hazrat continued and said: Leave me a little and then call me, if I gave you an answer that is very good and if I did not give an answer, know that I went to my father ((or my Lord)).

He left the names of the moments of the Imam (peace be upon him) to himself and then called and did not hear an answer. O daughter of the one who approached his Lord with two arrows or less, but there was no answer because he removed the garment from the face of the Imam, saw that he was dead, threw himself on the Imam, and while He kissed her and said: Fatima, when you went to your father, the Messenger of God, to convey the greetings of the names of the daughters of Umays to that Imam, then he tore his collar and left the house. He was silent and did not answer. They entered the room and saw Hazrat lying down. Hussein (AS) shook him and saw that he was dead. 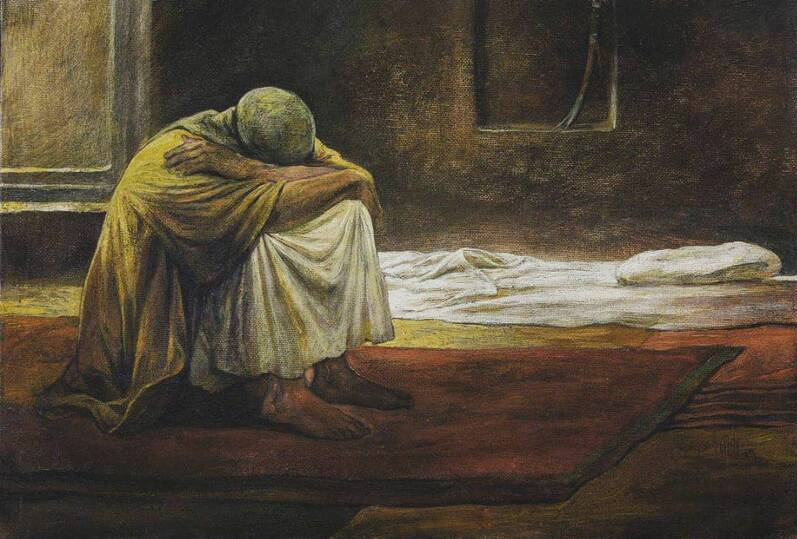 Imam Hassan Mojtaba (AS) threw himself on his mother and sometimes kissed her and said: O mother, speak to me before the soul leaves my body, and Hussein came forward and kissed the feet of the Imam and said: O My mother is your son Hussein, talk to me before my heart explodes and I die.

Asmaa said to them: O children of the Messenger of God, go to your father, peace be upon him, and inform him of the death of your mother. They went to the mosque and informed Ali (as) that when he heard the news of the martyrdom of Fatima (as), he lost consciousness and came to his senses by sprinkling water and said: O daughter of Prophet Muhammad, to whom should we offer condolences, I was always comforted by you, then Who of you will comfort me? 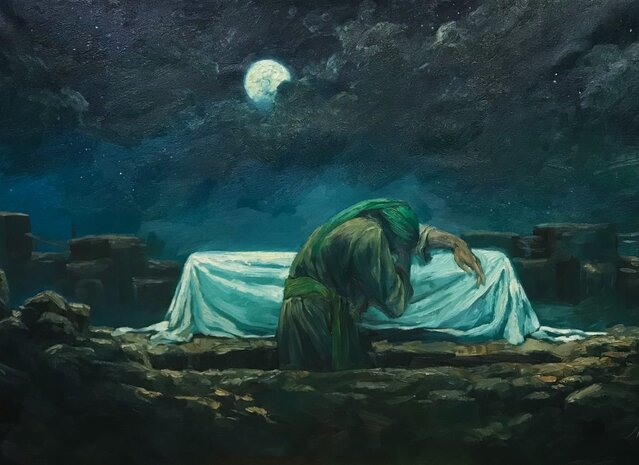 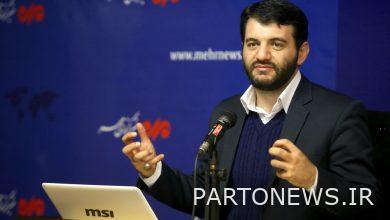 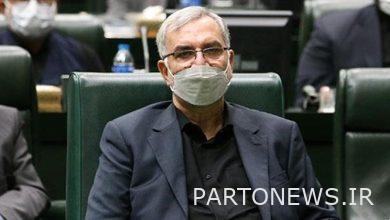 The story of the appointment of the son-in-law of the Minister of Health under a pseudonym! 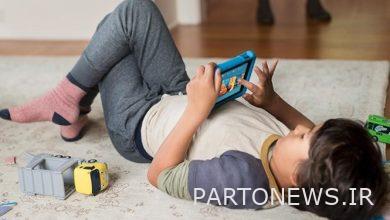 Specify the rules for the use of mobile phones and tablets / prohibited items for children! 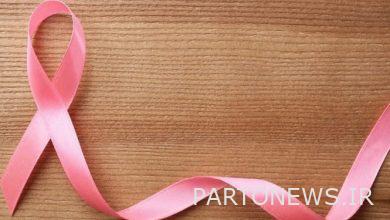