According to Tejarat News, the statistics available in the housing market last month show that units with a price of 30 to 35 million Tomans accounted for half of the sales.

Meanwhile, the average price of each square meter of housing in Tehran, according to the Central Bank’s December 1401 statistics, has reached 48 million tomans per square meter.

In terms of the level of infrastructure, 50-60 meter apartments occupied the first place in Tehran’s November transactions with 15.3%. 60-70 meter units came in second place with 14.8%, and 40-50 meter houses took third place with a 10.6% share of all transactions.

"Powerful and professional police; Amin and the people" headline of the country's new police chief

What was the reason for the growth of some stock exchange industries this week? 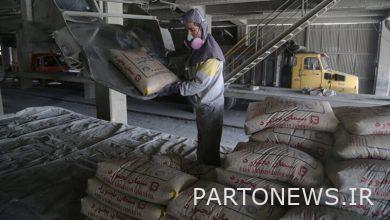 Cement remained in the hands of factories / Why no one buys cement?

Extension of 100% forgiveness of third party crimes in Asia Insurance