Fars News Agency – Music Group – Alireza Sepahvand: Many famous artists mentioned the unique and unique artistic aspects of the late Karimkhani after his death, but Homayoun Shajarian, a powerful and well-known singer of Iranian music, spoke years before the late Karimkhani’s extraordinary influence and even read a work based on these influences. And published.

Homayoun Shajarian said at the unveiling ceremony of the music album “My Iran” in 1997: “Several years ago, when I heard Mr. Karimkhani’s voice, I was shocked and followed his works and designed a song based on the rules by which he sang his song.”

Homayoun added: “In this album, Armenian and Turkish musicians are used, and we have many roots together.” In Concert C, this album is a combination of Concert C and My Iran Concert. I composed the song “Where am I in the rain” based on the song of Master Karimkhani. Several years ago, when I heard his voice, I was shocked and followed his work and designed a song based on the rules by which he sang his song.

Shajarian continued: “Professor Mohammad Isfahani, when they realized my devotion, recounted a memory from years ago when they had a meeting with my father in our company with Professor Karimkhani.” Father Karimkhani was not known, the father said that all the windows of the room were shaking when he read. The father says that in the style of climaxing, it should be in a way that the listener does not feel weak, and this is evident in Karimkhani’s voice, and I would like to dedicate this piece to him.

Regarding the technical characteristics of the vocal piece “Where is the rain where I am”, it should be said that this work can be seen and heard from the perspective of the late master Karimkhani from the perspective of vocals and diagrams and performance curves in which Homayoun Shajarian has exhibited. In this work, Homayoun Shajarian has performed exactly the writings, vibrations and techniques that the late Karimkhani performs. The way in which the singer performs the plain theme first by emphasizing and repeating the sound range of a dong, but still emphasizes the process and rotation of the melodies in the same range on the fifth degree of the saline device. In plain song, mutations as small as large or large third distances are common, and mutations from third to seventh degrees (fourth correct distance) are also seen.

Mohammad Ali Karimkhani, the praiser of the Ahl al-Bayt (AS) and the singer of the famous song “I have come, O king, give me refuge” died on Monday at the age of 72. He was born in 1329 in Narjeh, Qazvin province.

He was interested in eulogy since childhood and used to recite prayers and eulogies in circles and delegations during Muharram and Ramadan. He recited his first eulogy at the age of 16 in the shrine and birth of Imam Reza (as) with his special and loud voice. He took advantage of the presence of the late professor Hossein Sobhdel and entered the radio by him.

In 2008, Master Karimkhani, composed by Arya Azimi-Nejad, sang the famous piece “I came, O king, give me refuge / Give me a safe line from my sin”, which was a description of Imam Reza (AS), and perfumed the atmosphere of Iran. The album “Saqi Sarmast” in the mourning of the martyrs of Karbala is one of his other works. Among his best works are “I have come, O king, give me refuge” and also “Ashura whisper, Hussein Aram Janam and Hussein Rouh and Ravan”.

"Cut Up 2" poster was unveiled

An Analysis of the Place of Hope in Iranian Cinema / A Critical Look at "Where is Capra?" To blackmail in Iranian art-visual works 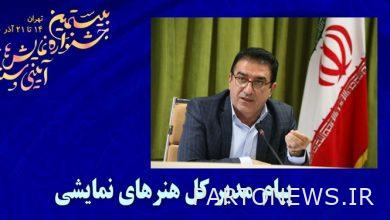 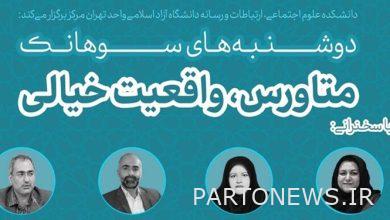 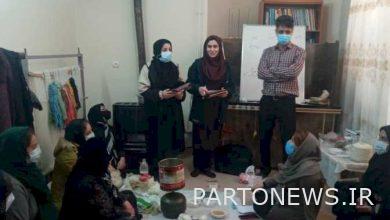 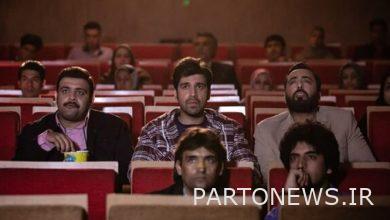