According to Moj News Agency, Sadegh Ziaeian, head of the National Center for Crisis Prediction and Management of Weather Risks, said about the latest weather situation in the country: The regions of the country, especially the northern strip, will have clouds and rain.

He emphasized: Today (May 8) in most parts of the country and Friday (May 9) except Hormozgan, Sistan and Baluchestan and Kerman provinces, on Saturday (May 10) except the eastern strip and Hormozgan and on Sunday (May 11) except The provinces of Khuzestan, Fars, Bushehr, Hormozgan and Sistan and Baluchestan in other parts of the country and on Monday (May 4) in the northern part of the country in some hours, especially in the afternoon and early evening, rain, thunderstorms and temporary strong winds, Dust is forecast in some places and hail in places prone to rain. The intensity of precipitation during this period will be in the northwest and west of the country.

The head of the National Center for Weather Risk Prediction and Management stated about the weather in Tehran over the next two days: The sky in Tehran tomorrow (May 9) will be partly cloudy to cloudy in some hours with thunderstorms and sometimes strong winds with the possibility of hail with a minimum Temperatures of 18 and maximum temperatures of 25 degrees Celsius and during Saturday (May 10) partly cloudy to cloudy and in some hours thunderstorms and sometimes strong winds with minimum temperature of 17 and maximum temperature of 24 degrees Celsius are forecast.

Standard liquefied petroleum gas stations are being built in the country 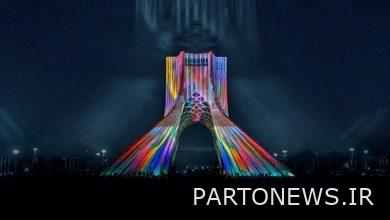 “Rok Gonbad” Freedom Tower will be renovated this year + Photo