According to the IRNA Science and Education Group on Thursday, in this ceremony, which was attended by a group of managers and technology activists of the oil, gas and petrochemical industry, the achievements of Iran, manufacturing and local technologies in this field were introduced. Accordingly, the new generation of catalysts for the synthesis of methanol, pre-reforming, formaldehyde produced by Danesh Bonyan Oil and Gas Knowledge Company will be delivered to the oil, gas and petrochemical industries.

Iran plays an important role in the region by producing 14 million tons of methanol per year, and by reaching a share of 22 million tons, it will become one of the key determinants that the production of catalysts will play an important and key role in continuing to move in this direction. they do.

Accordingly, Sarv Oil and Gas Company, recognizing this need and providing Iranian-made catalysts to the oil, gas and petrochemical industries, will make Iran self-sufficient and reach a superior position in the region’s products and be among the top producers of this strategic product. Has helped and now, recognizing the needs of this industry and relying on domestic knowledge and capabilities, in addition to these three Iranian-made catalysts, the production of other important and strategic catalysts and optimization of existing catalysts on the research and development agenda.

Sarv Oil and Gas Knowledge Company has been moving in the direction of research, production and development of Iranian catalyst technology for the past 2 decades. , And introduce Iran to the world as one of the few capable countries in this field.

On the first day of the second conference on catalyst localization in the petrochemical and oil refining industry, Hooman Karimi Vasegh, CEO of Dashbanian Oil and Gas Company, referring to the production of Iranian catalysts with the aim of self-sufficiency and leading the country in development, said: Away from the latest technologies and products in this field, our effort is to move this conference forward with a scientific and technological process.

Karimi Vasegh continued: “By trying to develop catalyst technologies, we try to advance the country in the development of technologies in this field and be one of the pioneers in the production of catalysts in the world.”

Referring to the employment of 550 human resources and 40 active scientists and experts in oil and gas, the technology activist said: “All the activists of this company have been determined to be in the conditions of sanctions and a space full of problems and restrictions for technological business.” And innovate, move to production and move towards improving the economy. In an atmosphere where most of the sanctions are internal and many are trying to make this capability not a reality, we tried with effort, work, honesty and effort to provide a quality and efficient product.

He spoke of the support of the Vice President for Science and Technology, petrochemical companies and activists in this field and added: “We do not forget that petrochemicals such as Shiraz and Razi took our hands in a situation where there were many restrictions and we hope this trust and confidence has continued.” As an honest and capable Iranian, we can meet the needs and concerns of the country in the field of catalyst, which is one of the practical products in this field.

Moving in the direction of knowledge and development

In another part of the ceremony, Vahid Mahmoudi, CEO of Parsian Oil and Gas Development Group, emphasized the important role that indigenous knowledge and technology plays in the path of development, and continued: In the success of developed countries, the role of science and technology is very important. I see; This knowledge and technology plays an inevitable role in accelerating the momentum of progress. Iran has always been concerned about development and we have tried to own the industry, but in this regard, we have paid little attention to the level of governance, country, enterprise and sectors, but in recent years, the Deputy Minister of Science and Technology has taken valuable measures and supported Knowledge-based companies have created industrial technology clusters that have helped move in the direction of developing and owning industry.

Referring to the role of companies in the development and ownership of the industry, he added: “One of the groups that has stepped in this direction is the Cypress Oil and Gas Company, which in these two decades, catalysts as one of the important and needed products of the oil industry.” , Has produced gas and petrochemicals. Parsian Oil and Gas Holding was a pioneer in this company and the first loading of catalysts in this complex was fruitful.

Mahmoudi continued by emphasizing the need to continue this path: The process of movement started by oil and gas cypress, needs support and investment to achieve full self-sufficiency.

Contribution of Iranian catalysts to quality and continuous improvement

Mohammad Reza Soleimanzadeh, Production Manager of Persian Gulf Petrochemical Company, in another part of the second conference on catalyst localization in petrochemical industry and oil refining, said that continuous production is one of the principles of this company and said: We were doing it and considering the possibility of producing it inside. The priority was that if there was a domestic similarity, no foreign purchases would be made except in exceptional cases.

Referring to the process of using domestic products in this company, he said: “We had knowledge-based companies that were not able to build a production unit. In order to support these companies, we signed contracts to achieve production and save time and follow the internalization process.” we did.

Referring to the development of the internalization process, Soleimanzadeh said: “In general, in 1999, the cost of domestic production was about 2100 billion tomans, and this process, with the memorandum we have to support knowledge-based companies, has led to the production of domestic products.” Companies play a role and participate, and the Persian Gulf Petrochemical Company is the main investor in these products.

Gholamreza Jokar, CEO of Bushehr Petrochemical Company, also spoke about the importance and role of the oil and gas industry in the world and continued: “Statistics show that investment in this industry, given the average population growth rates in the Middle East, has the necessary capacity and message.” The important thing about these statistics is that investing in these industries can create employment and added value. These industries have created 120 million jobs worldwide.

He said that the most important challenges of the catalyst industry in the past were the lack of necessary scientific and technical infrastructure to pay attention to the capacities of this field and said: We did not know. Also, lack of testing and inspection equipment, high investment costs, lack of industry trust in domestic production and market competition over Iran’s share, along with the lack of a codified development strategy in the petrochemical industry were the problems in this area. But today, large investments, government policies to support domestic production, equipping many universities and scientific centers and equipment for manufacturing and testing catalysts and preparing the ground for research work provide the basis for the development of this technological product and move towards self-sufficiency. has done.

Referring to the drafting of catalysts and chemicals in the Ministry of Petroleum, Jokar said: identifying capacities, manpower and specialists, identifying scientific poles in each field, starting work in the field of scaling in the catalyst industry, updating technology and creating knowledge-based companies Through the mechanism of reproductive companies is one of the main strategies and priorities of this document.

Find a point of reliance on domestic products

Gholamreza Jamshidi, CEO of Pardis Petrochemical, pointing out that the products of the Oil and Gas Company have provided the basis for relying on domestic products, continued: “In terms of localization, we are now in a position where foreign countries, despite all their efforts to hit We could not stop the wheel of petrochemicals and the oil industry.

He added: “With the knowledge that has happened in knowledge-based companies such as oil and gas, Iran is in the lead in the production of catalysts and now we have the capacity to supply the world and cooperation in this field.”

The result was positive confidence in the domestic product

Hossein Salehnia, Vice President of Masjed Soleiman Petrochemical Company, also stressed the need to support domestically produced products and trust the knowledge-based companies, saying: “Although trust in a product that is to be used for the first time may cause concerns, but this emphasis on use We served the oil and gas company and fortunately we saw valuable results in our products.

Appreciation of the top supporters of Iranian catalysts

Also, Razi Petrochemical, which started loading these catalysts in 1392 and built high-temperature and low-temperature shift catalysts in Iran in 1400, built its own 3 ammonia units entirely using Iranian-made oil and gas catalysts. Has been praised.

Following this ceremony, Shiraz Petrochemical Complex, which started supporting the oil and gas product of Sarv by using the initial steam reforming catalyst, and after testing the methanol synthesis catalyst in this company, now uses the improved generation of this catalyst. شد. This catalyst has shown higher and optimal performance compared to foreign samples in various tests.

Pardis Petrochemical Complex plays an important role in supplying fertilizer to the region by exploiting three ammonia units with a capacity of three million tons, and after 3 years of loading the initial reforming catalyst, it has successfully loaded high temperature and low temperature shift catalysts. And was praised for this trust.

The second biennial conference on catalyst localization in the petrochemical and refining industry, with the participation of policy makers, managers of petrochemical companies and craftsmen active in the field of oil, gas and petrochemicals on January 22-25 in Kish Island with the help of Sarv Oil and Gas Company It is being held.

Continuation of the neutral trend next week / Which stock groups are growing? 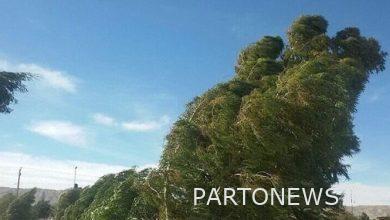 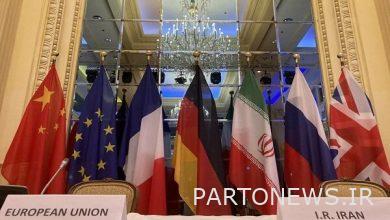 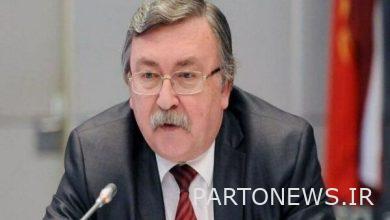 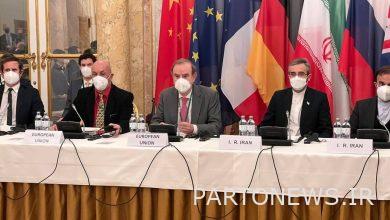