According to Trade News, quoting IRNACall for builders to participate in the project National Housing Movement At the rate of 4 million and 500 thousand tomans per square meter, which was announced last year and it was decided to add seasonal adjustments to this amount.

Based on the follow-up of how to calculate the cost of construction National Housing Movement In 1401, the numbers were calculated through the price list of the PBO, and all the projects now under construction, from “National Action to National Movement,” are all being completed according to the same formula, contrary to the claim that It is not possible to build a house with these figures, and the construction operation has not stopped.

The Deputy Minister of Housing and Construction of the Ministry of Roads and Urban Development has announced that the executive operations in the entire civil engineering system of the country will be priced according to the same formula and housing will be built at the lowest possible price, so it has been announced many times.

Follow-ups indicate that some builders are applying to enter into a contract with the Ministry of Roads and Urban Development with more numbers.

All pressures are to record a construction price increase of more than one million per square meter; The Minister of Roads and Urban Development has repeatedly stated that he is resisting this issue in order to respect the interests of the people and in favor of low-income groups, and the number of units that are being built is being done at the same prices.

According to the approach of the government and the parliament, it is possible to build housing at the announced prices and that the construction of national housing has not stopped. The biggest argument is this claim. However, pricing can be adjusted.

خبر پیشنهادی:   Which country ranks first in buying a house in Turkey?

As stated by the Minister of Roads and Urban Development, Rostam Ghasemi, it is possible to inaugurate projects whose implementation has already begun in the first six months of 1401.

Status of executive operations of national movement units throughout the country

The contractor for the construction of national movement units in the new cities has now been identified. In fact, the method of registration in any new city or any province is such that first the desired land, then the capacity of the number of units that can be built is determined. The projects are also defined and loaded in the price system and then the registrations are done according to the available capacity.

At the end of the deadline for registration of applicants, about 2.3 million people were approved in the first stage and are now in the process of confirming the residence in the province where the application is made, which may again eliminate the number of applicants.

According to the Deputy Minister of Housing of the Ministry of Roads, 900,000 units of the National Housing Movement are now in the process of excavation to the foundation and other stages of construction.

In the last seven months, the most important executive work of the government in the housing sector has been “land supply”, which has been done and 70% of the 4 million housing projects have been provided.

Mahmoud Mahmoudzadeh had previously told IRNA about the latest situation of land supply: about 980,000 units of land with residential use have been provided in the last six months; In addition to the equivalent of 1.4 million units, land has been identified that needs to be designated or used for zoning or technical review at the level of provincial planning councils and the Supreme Council of Architecture and Urban Planning.

Therefore, the report states that the Law on Leap in Production and Supply of Housing (National Housing Movement Plan) approved on August 8, 1400 is one of the grand plans of the 13th government.

The government by combining the plan and the “National Housing Action” in the plan “National Housing Movement” And increasing the construction facilities to 450 million tomans, it intends to build four million residential units in four years. Banks have also been obliged to allocate 360 ​​thousand billion tomans of facilities annually to the plan to jump in production and housing supply. 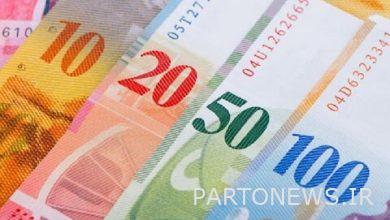 The official exchange rate of 46 currencies on 9 Azar 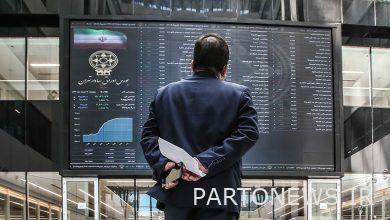 What was the important news today for the shareholders / the signal of negotiations to the stock exchange?