According to Tejarat News, it was about a year ago that the issue of the national housing movement was raised in the 13th government. The government promised to build one million units per year in its four-year period under the supervision of the Ministry of Roads and Urban Development.

From the beginning, there were criticisms of this plan; That there are no specific financial resources for this project, and also that the government cannot provide the land needed to build the units.

After that, other challenges appeared in the path of the annual construction of one million government housing; Challenges such as inflation, day-by-day increase in the price of construction materials, electricity supply and water shortage, and land subsidence in about 300 cities of the country, which from different angles, made the construction of national housing difficult.

On the other hand, the government put a lot of pressure on the banks to pay the housing construction loan in order to finance its project. This is despite the fact that the banks do not reject the current conditions of being able to pay the loan to advance this super project; Recently, the government has announced that a support package will be given to banks to finance housing construction.

In this package, shares worth 35 thousand billion Tomans are to be given to the banks, so that by offering these shares in the stock market, the banks will obtain the capital needed to pay for the facility. These shares are converted into cash capital of banks to pay for facilities, and in this way, banks give loans to applicants for the construction of national housing.

The discussion of granting this package was raised when the government had not even broken ground on one of the buildings! Now, in thought-provoking statements, Mohammad Mokhbar has denied all the government’s previous promises and even the housing production surge law approved by the parliament in 1400 and declared that the task of building housing was not the responsibility of the government from the beginning and people should build these units themselves!

خبر پیشنهادی:   Weekly analysis of the stock market / continuous outflow of liquidity from the market - Tejaratnews

The government will not succeed in building housing

He continued: “It seems that governments, especially the Ministry of Roads and Urban Development, are concerned about housing policies and planning, and in this way, they should facilitate the conditions for the private construction sector activists; What is not evident now, and the governments have not paid attention to it, and the 13th government is not exempt from it.”

Pourhajat stressed: “As long as these conditions exist, the housing promised by the government will never be built!” “The government should have a plan to converge with the private sector so that the wheel of housing construction in the country starts moving.”

The government does not want the private sector to enter

The Secretary of the National Association of Mass Builders of the country explained about the desire of the private sector to enter the National Housing Movement project: “The private sector currently has no desire to enter the National Housing Movement project, but if the conditions become favorable, it may intend to enter.” Entering a specialized field such as housing in non-specialized conditions will have the same consequences as in the past 15 years in housing.

He continued: “The private sector has the ability, wealth and expertise to enter national housing projects, but so far the Ministry of Roads and Urban Development has not had a plan for the private sector to enter and they are only trying to advance the project with mandated plans; While there could be better conditions for it. It was in 1992 that about 800,000 units were built in the country.

Before, there were talks about the participation of the private sector in this project, but the financial proposal of the government was low and this matter was not implemented. Currently, it seems that the government’s only solution for the construction of the national housing project, which in the first year did not even touch the ground, is to provide suitable conditions for the private sector.

With the entry of the private sector, the problem of lack of financial resources may be solved, and there will be no need for government officials to erase the face of the problem and deny the loud promises of the presidential election period!

The lottery is canceled; We sell in the stock market! - Tejarat News

Will the stock market speed up car prices? – Tejarat News 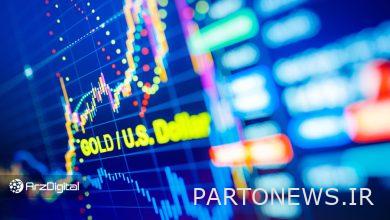 The price of gold reached $ 2,000 after 18 months; Bitcoin and digital currencies continue to decline 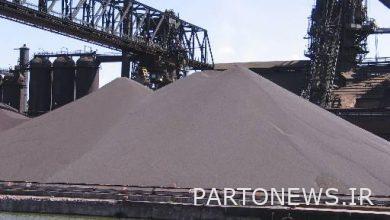 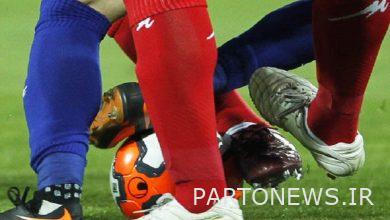