The director of the movie “Careless Crime” stated that the exact time of the release of this movie is still unknown.

Theater News Base: Shahram Macri The director of the movie “Careless Crime” said about how this movie was screened: “Careless Crime” with a Bad luck to The reason for the spread of the Corona virus has been encountered in the last 2 years, and in fact it can be said that Iranian cinema has inevitably failed to find a suitable program for the past 2 years. اکران And show movies. “Careless Crime” was ready to be shown in Iran in the same 2 years, but for the same reason reasons It has not been shown in cinemas to date.

Noting that a large number of films are waiting to be released, he explained: “Many filmmakers are waiting for the conditions of Iranian cinema to become a little more normal.” As it seems, and given the talk of officials about the corona vaccination, I do not think the situation until the Fajr decade اکران Do not return to normal in Iranian cinema.

Movie Director «Fish “And the cat” said: “With all the conditions that Iranian cinema is currently facing, I can not say exactly when” careless crime “will be screened in Iran.

He continued: “Broadcasting Company” Show DevelopersA year ago, he signed a contract with the film’s producer to show “Careless Crime”, but all this time we have been waiting for the right conditions for the release of this film.

Macri In the end, he said: I hope that soon, I will be able to see this film on the cinema screen, in fact, I will also see the film. several times I have seen it on the screen at various festivals, so it is a good thing for me to be able to see “Careless Crime” at least once and safely on the screen. 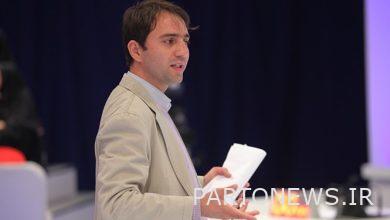 Nabi: I made the “Loneliness Documentary” stories explicitly / The red line is censorship of environmental realities for me

Continuation of relative increase in air temperature in Tehran