Fars News Agency-Cinema Group: The topic of the audience has always been of special importance for cinema and cinematographers.

We have written a lot about a topic that has been written for a while, even maybe everyone who has the least connection with cinema has given an opinion about this topic.

One of the proposed solutions for reviving the cinema box office was the screening of new works and of course paying attention to the quality of these works, an action that has been on the agenda for some time and the number of new films that reach the screening cycle has increased significantly compared to before.

This year, many works remained in the queue for screening, so that it can be said that the works on the cinema screen did not change much until November of this year, and repeated screenings were the bane of the cinema box office. .

In the current situation, according to the statistics of the Cinema Sales and Screening Management System (SEMFA), in the last seven days, the new movies of Iranian cinema have recorded acceptable statistics.

The movie “Bucharest”, which was released on November 24, has been on the first place in sales for the past seven days and has experienced good sales with 80,757 viewers in 3,791 screenings.

But the important point of this article is the third most watched movie of the last week; “Private Meeting” has entered the screening cycle on the 13th of this month and is experiencing the first days of its presence in cinemas, but during the same period of 6 days of screening, it has brought 24,934 audiences to the cinema in 1,414 screenings and experienced 18 audiences in each screening, statistics which is growing compared to the overall average cinema audience.

خبر پیشنهادی:   Investigation of 5 cases in the technical commission for monitoring the activity of tourist guides

In general, only by examining these works, we will understand the growing conditions of cinema, as evidenced by statistics, 65% of the sales of Iranian cinema in the last seven days are related to these 3 films only.

But regardless of all these cases, the overall situation is still not favorable. Seyyed Masoud Atyabi’s solo movie is one of the works that has experienced good sales and ranks first in the sales of works. The average audience of the best-selling work of the year is not in a good condition, and with 2,428,302 audiences in 85,654 screenings, on average, only 29 people have sat in front of the silver screen in each screening.

In the end, he said that the situation of Iranian cinema is improving on the eve of the most important film festival in Islamic Iran, but this situation is far from reaching its peak.

Supply of 12,000 cars in the commodity exchange - Tejaratnews 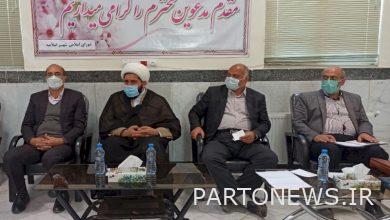 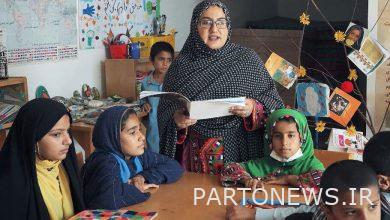