According to the economic reporter of Fars News Agency, the capital market these days is going through positive and negative cycles. The situation that continues to the taste of swingers. The closeness of the index to the channel of 1.6 million units reminds the shareholders of bitter memories.

The risk market created by the previous government for stock market investors has caused this resistance, which is mostly mental, to become a risky number for the people of the capital market.

Some analysts believe that traders are fluctuating and look at the stock market with pessimism due to the fixed rate of semi-oil and the lack of industrial gas. Therefore, they are only looking for volatility, and market fluctuations and the periodic entry and exit of real money are affected by this strategy. On the other hand, another group believes that traders’ expectations have changed, and with the change in outlook, traders’ behavior has also changed towards more sales and supply.

* The index is resting to enter the fifth ascending phase

Mohammad Sadeghi, a capital market expert, in an interview with the economic reporter of Fars news agency, said: the market value of most companies’ shares is still lower than their intrinsic value and the market should grow in the medium term.

He continued: The stock price will eventually move towards the intrinsic value. However, market risks can make traders’ expectations negative, and negative expectations will lead to a drop in prices.

This capital market expert emphasized by examining the capital market from a technical point of view: From a technical point of view, the Tehran Stock Exchange index is still in a positive and negative price cycle, which has prepared the situation for the oscillators to avoid this growth and declines of around one million. and 600,000 units of the Tehran Stock Exchange index have been fully utilized.

خبر پیشنهادی:   The exaggeration of the French foreign minister in Riyadh: Iran is responsible for the insecurity in the region and the impasse in the JCPOA

Sadeghi added: The stock market index in this range is looking for the formation of the fourth wave, and it is possible that after a correction and a short rest, it will return to the ascending circuit, which will be the beginning of the fifth wave.

During trading on Wednesday, the total index dropped by 12 thousand 196 points compared to the previous working day to the level of 1 million 579 thousand 157 points. The yield of this negative index was 77 percent.

The total equal weight index also stood at 473 thousand 199 points with a drop of 2 thousand 217 points. The yield of this index was negative 47 percent. Also, the total OTC index decreased by 161 units and reached the level of 20,215 units.

The value of small stock transactions also decreased by 32% compared to the previous day and reached 6,671 billion tomans. The share of these transactions was 47% of the total capital market transactions.

* Entry of real money into the stock market

Today, the net value of the change of legal ownership to real money in the market became positive and 30 billion tomans of real money entered the stock market.

In Wednesday’s transactions, the most inflow of real money was allocated to Vepasar (Bank of Pasargad), Hekshti (Kashtirani of the Islamic Republic of Iran) and Webmelt (Bank of Mellat). On the other hand, the largest outflow of real money belonged to Shepna (Isfahan Oil Refinery), Fars (Persian Gulf Petrochemical Industries) and Khavar (Iran Khodro Diesel).

خبر پیشنهادی:   Bulgaria and Hungary warning; Ukraine is turning into a war of attrition for Europe

* Growth in the value of stock exchange purchase queues

At the end of trading, Fazer (Azar Ab Industries), Vesina (Sina Bank) and Khamharkeh (Niromoharkeh Company) had the most queues.

On the other hand, at the end of Wednesday’s trading, the largest sales queues were assigned to Gedna (Dena Afrin Fedek Food Distribution Supply), Volbahman (Bahman Leasing Company) and Bepas (Pasargad Insurance). 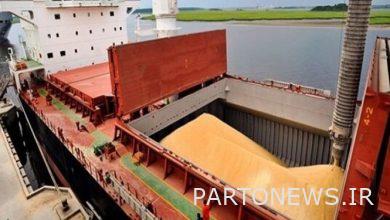 750,000 tons of essential goods are being cleared from Imam Port 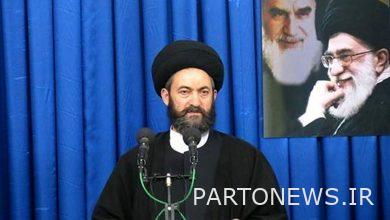 Ayatollah Ameli: Today is a clear example of the oppression and unjust rule of the American government 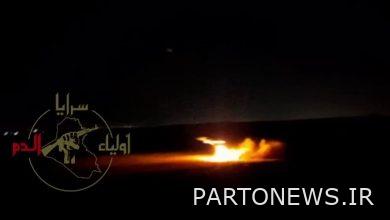 severe warning; The next operation is in Turkey if it is not withdrawn from Iraq 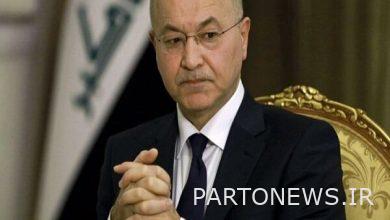