According to Fars news agency, the speaker of the first part of this meeting, Ghafoor Mohammadzadeh (singer and researcher of the music of East and South Khorasan) presented his research focusing on “singing methods in South and East Khorasan”.

Mohammadzadeh explained: When the name of Torbat Jam music comes up, many people insist on saying that it is mystical music. It is true that the music of Tarbat Jam is mystical, but it is not a one-dimensional music. Since this music is related to people’s life and rituals, there are many things hidden in it. We also have romantic music.

He continued: “Part of our music includes chanting, Naat of the Prophet (PBUH), chanting which includes songs for religious leaders and imams, especially Imam Reza (AS), and of course Muharram music is also performed in this region.” In fact, we perform both religious works such as the poem “City of Wonders” in the Naat of Hazrat Ali (AS) and we also have lyrical and romantic works such as “Lili and Majnoon”. Recitation of sermons, reciting salutations, and zikr reading are another part of the music of Torbat Jam region.

This researcher also stated about the contribution of women in Torbat Jam music: rituals of mourning and sorrow such as circumcision, marriage and marriage are performed by women, and there is a position for each of them. For example, the position of Hanabandan is one of these. Of course, besides these, we also have mourning music that is performed in Birjand.

After pointing out the role of music in the zikr circles, he said: Kar music is also an important part of Torbat Jam music. Unfortunately, the discussion of work songs is a neglected and oppressed topic in the music of the region; While performance is a very important topic. Karavahs were more affected by this aspect that they were never written down and transmitted orally. In fact, wherever we relied on oral literature, we destroyed it.

Mohammadzadeh pointed out that reading the Shahnameh is an important aspect of Torbat Jam music, and added: Another important part of Torbat Jam’s music is rock singing, in which the narrator complains about the game of the world and fate.

The second part of this research meeting was dedicated to the speech of Armin Faridi (researcher of Talesh and Gilan music) with the topic of “Talesh musical positions and disambiguation of frequently used words”.

In his words, this researcher said: The light of the district music festival has been on for years and I hope it will continue. The fact that I am specifically talking about the music of Talash means the area that has been in the minds of researchers for the past 50 years. In fact, our goal is the Talash mountain range and the home of the Talash people.

He continued: “We have two sections in Iran’s Talash music and vocals, each of which, of course, includes other sections as well.” For example, the vocal section includes rice field songs, women’s songs (lullabies) and poetry creations. Partitioning also has its own world.

Faridi, whose research was based on “vocabulary”, added: When I entered this area for research and started working, other people’s research was also my light. For example, in one part of this project, Mohammadreza Darvishi’s encyclopedia book was very helpful for me. Or the researches that Mr. Hoshang Javaid and Mr. Jahangir Nasri-Ashrafi were very effective on the way.

This researcher also stated: In order to find the right subject, we must have a lot of respect for the subject and people, and on the other hand, we must pay a lot of attention to the topic of work. In this direction, I tried my best to have the least impact of change. I acted like a camera and only recorded the events.

Faridi reminded: I can definitely say that one of the reasons for the diversity in the music of Iran’s regions is that it has not been recorded and somewhere everyone has created a new position based on their taste and interest. Many differences and differences of opinion on officials are the reason for this process of transfer. 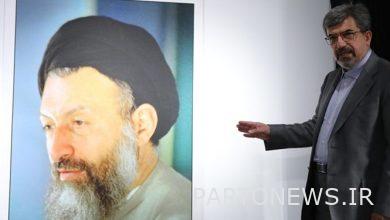 On the 7th anniversary of July, an unseen photo of “Shahid Beheshti” was unveiled in the field of art + photo 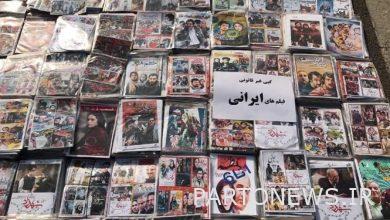 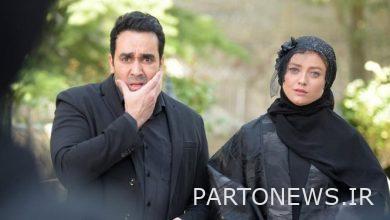