According to the report of Aria Heritage reporter, Ali Asghar Shalbafian, Deputy Tourism Minister of the Ministry of Cultural Heritage, Tourism and Handicrafts, in a friendly meeting with the managers of travel service offices, which was held this morning, Sunday, January 18, 1401, in the Ministry’s amphitheater hall, pointed out the work done in the field of tourism by the Ministry and He added: All our efforts during this period have been to not create obstacles ourselves and to use all our powers to remove obstacles.

He pointed to the work done in the field of taxation and continued: All the concerns in this field are shared and 3 meetings were held with the Tax Affairs Organization and all these cases, including the forgiveness of crimes, have been counted.

The Deputy Minister of Tourism of the country continued: The working capital and equipment of travel service offices are seen in Note 18.

Shalbafian continued: The revision of Iran Tourism and Tourism Development Law is underway.

He mentioned the ministry’s capacity building in the field of advertising and continued: the acceptable tax cost makes it possible to use all the economic actors of the province. Persuading and demanding the governors to start the industries is the hard work that you have to bear. The approved law and instructions have been communicated to the tax administrations.

The Deputy Minister of Tourism of the country added: In the field of holding Femtour, any general administration that gives a program and is approved by the Ministry participates in the expenses.

خبر پیشنهادی:   Do not deprive people of happiness

Referring to several proposals to the Islamic Council for the budget law of 1402, Shalbafian continued: The formation of the tourism development fund was the demand of tourism activists for more than 2 decades. In the proposed text, the fund has a non-governmental nature and this work has been done in line with the greater participation of the private sector.

Referring to the ministry’s solidarity and empathy policy, he added: Doing all these infrastructure works requires unity and solidarity. Today, everyone acknowledges that the ministry is looking for one voice and bringing together all private sector activists. If this harmony occurs, we can solve problems.

What movies and series are active in the cinema town? 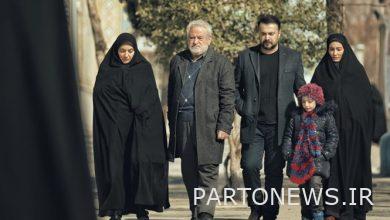 “Bihamgan” series is broadcasted on Se-Sima channel + pictures and videos 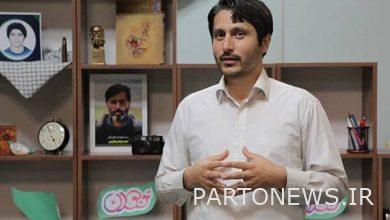 Scattered rain in most parts of the country