According to Tejarat News, the stock market trading continued in the green range on the second day of this week so that the total index could recapture the channel of 1.6 million units. Of course, the total index had crossed the resistance of 1.6 million units on the 7th of January, but with the shock of Farzin entering the central bank, the market indicator fell to the lower channel.

It should be mentioned that the free floating indices of the first market and the second market increased by 2.15%, 2.36% and 2.29% respectively. On the other side of the market, the total over-the-counter index was facing a growth of 489 points and reached the level of 20,757 points.

Inflow and outflow of money

It should be noted that even today, fixed income funds recorded the outflow of real money in the amount of 654 billion tomans, and the stock market hopes to absorb this money.

Capital market experts believe that the backwardness of the stock market has been relatively compensated compared to parallel markets. But what is the reason?

Market observers call the fluctuations of the dollar price as the main driver of the stock market these days. Although the free market dollar is not directly effective in the performance of companies, its psychological effect on all markets, including the stock market, is undeniable.

At the same time, the recent words of Economy Minister Ehsan Khandozi that the government does not want to keep the currency price constant, is taken as the government’s retreat from the harsh statements of the Central Bank Governor Mohammad Reza Farzin. Accordingly, the price of the dollar increased today and gave a growth signal to the stock market.

In this way, it seems that the market is still susceptible to growth and will take help from many levers to move in an upward direction.

Barancheshmeh: Athletes who do not play against the occupying regime of Jerusalem are real men/ We are trying to get Zorkhaneh sports its rightful place in UNESCO.

What is the definite effect of electricity on the stock exchange industry? 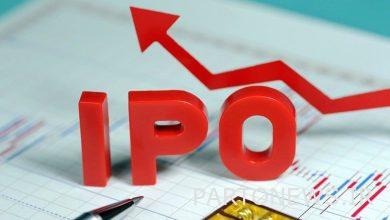 Corruption in the initial public offering of new companies?