Nafiseh Zamaninejad/ According to Tejarat News, Supreme Councils have always had important capabilities and features in the administration of the country; So that the legal dignity, supervision and coordination and the supra-jurisdictional structure of the supreme councils have given these councils a place in the country’s legal system that can solve many of the country’s challenges and problems.

However, during the last few years, regular and continuous meetings have decreased and the position of councils in the structure of the country’s administration has been undervalued. In fact, the meetings of the Supreme Council can be effective if they are in line with the network of the president’s issues, otherwise it will have a negative effect.

From the point of view of some people, holding continuous meetings of this Supreme Council is so important that it is probably impossible to achieve the country’s housing goals without it. With the justification that this council played an effective role in the 9th and 10th governments and especially for checking the housing situation of Mehr.

The importance of the Supreme Housing Council

The fact is that the 13th government is obliged to provide the country’s annual housing needs based on the announcement of the Ministry of Roads and Urban Development based on studies of the comprehensive housing plan, in urban and rural areas, and plan and act in a way so that during four years, on average, at least one million residential units in the country to be produced and supplied to qualified applicants.

The important point in this article of the housing supply plan is that if the conditions of the construction market are ready for the construction and supply of housing, this action will be implemented easily and without the need for orders and laws. Based on this, in order to achieve such a great goal, it is necessary to provide a suitable infrastructure and platform, such as the regular formation of the Supreme Housing Council.

According to this resolution, the Supreme Housing Council for the purpose of planning, policymaking, monitoring and establishing coordination between the executive bodies in the field of housing with the combination of the President (Chairman of the Council), the First Vice President (Vice-Chairman), the Minister of Roads and Urban Development (Secretary of the Council), and with the presence 6 ministers, the head of the central bank, the head of the country’s planning and budget organization, the head of the Islamic Revolution Housing Foundation and a member of the construction commission of the parliament, meet once every two weeks.

Revival of the Supreme Housing Council

But the question that exists in connection with the High Council of Housing is the history of its establishment, its revival and the evaluation of experts and officials on the necessity of forming such a council.

The Supreme Housing Council is a council whose history goes back to the 9th and 10th governments, which had relatively successful results. So that Mehr housing is known as a result of the activities of the Supreme Housing Council. For example, in the 10th government, when the meetings of the Supreme Housing Council were mostly held under the chairmanship of the then president, the Ministry of Energy, which had the least cooperation in providing water and electricity branches with the builders and the Ministry of Roads and Urban Development, in Mehr housing projects, finally, by the order of the then president, He was required to speed up the provision of water, electricity and sewage connections for residential projects at approved rates.

But subsequent governments did not pay much attention to the formation of this council. As the council was not held for more than 5 years and apparently the main opponent of holding the meetings of the Supreme Housing Council was the former Minister of Roads and Urban Development. Until in the twelfth government, with the change of the Minister of Roads and Urban Development, the Supreme Housing Council was revived in a way to implement the National Housing Action Plan.

Even now, the 13th government, considering the implementation of the jump in housing production, has placed a lot of emphasis on the regular meetings of the Supreme Housing Council, and discussions have been raised by officials and members of the parliament, which show that the majority agrees with the establishment of this council. In such a way, one of the strengths of the Supreme Housing Council is the obligation of government agencies to cooperate with the Minister of Roads and Urban Development in the implementation of housing projects.

In general, identifying lands and properties that are surplus to the needs of ministries, providing infrastructure and superstructure services related to housing projects, following up on providing and granting bank facilities, determining and announcing license fees and construction density in each city are among the duties of the Supreme Housing Council.

Provincial Housing Council is a subset of the Supreme Council

It is worth pondering that although in the implementation of the law of jump in housing production, the Supreme Housing Council is formed with the presence of specific members and specific duties, but the vote of the representatives to form a housing council in each province has also determined duties for the governors as the head of the housing council of each province, who are obliged to They are responsive.

Based on this, with the aim of facilitating and speeding up decision-making on housing issues in the provinces, 12 duties and powers have been defined for the housing councils of the provinces.

According to this regulation, the duties and powers of the Housing Council, setting the executive plan for the separation of urban and rural areas of the province, identifying lands and properties that are surplus to the needs of ministries, institutions and state companies whose capital and shares are 100% owned by the government, and proposing to transfer They told the Ministry of Housing and Urban Development to accelerate the implementation of housing programs in line with Article (6) of the law on organizing and supporting the production and supply of housing, which is one of the duties assigned to the Provincial Housing Council.

Certainly, the construction of four million housing units in four years has many challenges and obstacles, such as financing and payment of facilities, providing land, infrastructure, materials, etc., and solving these problems is not only the responsibility of the Ministry of Housing, but also requires the support and assistance of all institutions. is that its concrete manifestation is in the Supreme Housing Council.

A council whose regular formation shows the government’s determination to build housing and has the potential to open housing nodes in a shorter time, and it is even claimed that despite many obstacles and limitations, the fulfillment of the promise of four million housing will be possible with the weekly meeting of the Supreme Council. .

The story of martyr Hammet's last request from Sardar Soleimani/ Hammet: We felt the sincerity of Haj Qasim

Extension of the forgiveness plan of the future bank 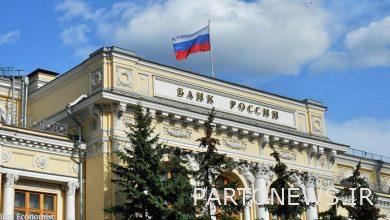 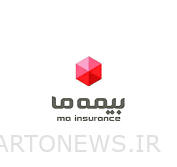 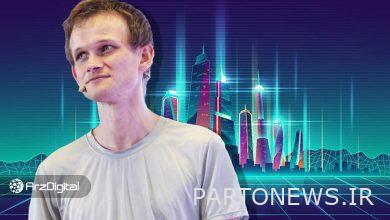 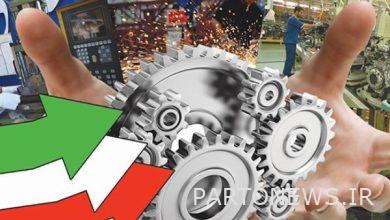