According to the reporter of Aria Heritage, this tour was carried out with the aim of visiting the cultural and historical works, attractions and tourist facilities of Tabriz city with the presence of representatives from Aria Heritage, Iran, IRNA, Barna, Ana, Radio and Television Tourism media.

Visiting El-Goli Park, Asr Ahan Museum, Blue Mosque, Azerbaijan Museum, Historical Bazaar, Hojat-ul-Islam Mosque, Hariri House and Municipal Building along with the opening of a three-star Shayan hotel and holding a meeting to review ways to attract tourists to East Azerbaijan Province with the presence of Ali Asghar Shalbafian, Vice President of Tourism of the country, Ahmed Hamzezadeh, Director General of Cultural Heritage, Tourism and Handicrafts, Abedin Khorram, Governor of East Azerbaijan, Mohammad Kalami, Deputy Coordinator of Economic Affairs of East Azerbaijan Governorate, Mohammad Reza Mirtajdini, Representative of the People of Tabriz, Azarshahr, Esku in the Islamic Council, Kazem Zafaranchiler, Member of the City Council
Jamshid Hamzezadeh, head of the country’s hoteliers’ association, Ebrahim Pourfaraj, head of Iran’s tour operators’ association, and more than a hundred tourism activists from all over the country were the first and second day’s programs.

On the third day, members of the media visited the Constitutional House, Qajar Museum, Maqbar Al-Shaara, as well as Tabarza Hotel, five-star Shahryar and Pars Hotel, and Helia Complex.

The last day of this media tour was dedicated to visiting the historical fabric of the city, the historical houses of the University of Arts (Sedkiani House, Behnam House, Ganjeizadeh House, Qadki House, Gohrion House) as well as Laleh Park Hotel and Complex.

Karimi: We are saddened by the weak results of Esteghlal / We need to know how Sapinto's planning was

Why didn’t “Loser Man” have the soundtrack? 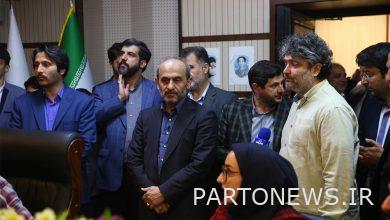 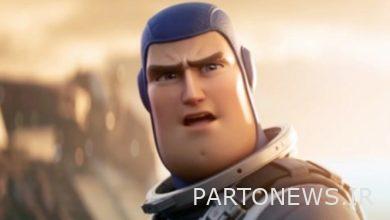 Reduce the temperature of Tehran to 7 degrees