According to Moj news agency, Sadegh Ziyaian, head of the National Center for Forecasting and Crisis Management of Weather Risks, said about the country’s weather conditions: Wednesday (November 25), the rainfall will decrease in Gilan and east of Ardabil, and gradually a rain system will enter the country from the west, and in the west, south In the west, some areas in the northwest and the center of the country, and in the early night in the southern slopes of Alborz located in the provinces of Qazvin, Alborz and Tehran, there will be rain, sometimes thunder, temporary strong wind.

He continued: On Thursday (November 26), these conditions are predicted for the northern half of Fars, Bushehr province, Alborz highlands and sporadically for the center and east of the country.

According to the head of the National Center for Forecasting and Crisis Management of Weather Risks, the intensity of rain on Wednesday is in the east of Lorestan, north of Chaharmahal and Bakhtiari and west of Isfahan, and on Thursday in the provinces of Chaharmahal and Bakhtiari, Kohgiluyeh and Boir Ahmad, north and east of Khuzestan, east of Lorestan and west of Isfahan, and in the heights and Snowfall is expected in colder areas.

He added: From the end of Wednesday and during Thursday, strong southerly winds are expected in Gilan and Ardabil provinces along with a relative increase in temperature. On Friday (November 27), showers and thunderstorms and temporary strong winds and snowfall are predicted for Fars, Bushehr, East Khuzestan, South Isfahan, North Kerman, Yazd, Khorasan and East Semnan provinces.

خبر پیشنهادی:   The exhibition of traditional foods was held in the historical context of Birjand

Ziyaian continued: We will have calm weather in the country on Saturday (November 28). On Sunday (November 29), with the penetration of northern currents on the shores of the Caspian Sea, rain will begin with a relative decrease in temperature in the east of Ardabil, Gilan and Mazandaran, and strong winds are expected in the southern slopes of Alborz.

He added: Tehran’s air is relatively polluted on Wednesday, and the concentration of pollution will decrease on Thursday due to rain.

Ambiguities and attractiveness of currency bonds 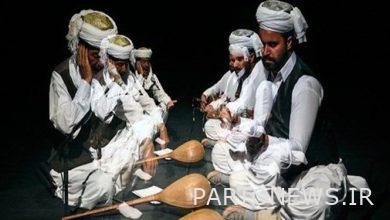 The call for the 15th district music festival was published

Show the best works of Abbas Kiarostami in Zagreb 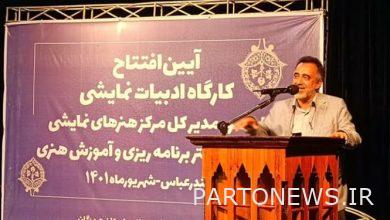 Director General of Performing Arts: We will stand at the city theater 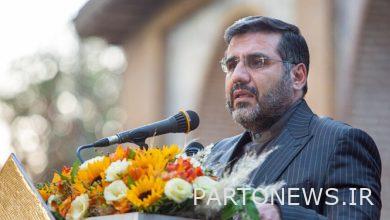