According to Tejarat News, at the end of the market, the total stock index with 7,000 positive units is in the range of 1,427,000 units. The total index recorded a growth of 0.51% today. Also, the homogeneous index with a growth of about 1600 units was in the channel of 432 thousand units.

Today’s market makers were accompanied by relatively balanced movements, and Famli, Mobin and Fars had the greatest impact on the market trend today. Also the most popular market symbols were Kimiatek, Barakat and Shasta.

At the end of today’s market, the highest trading volume was recorded for Parand, Khasapa and Khodro. The top industrial groups in the automotive market were basic metals and chemicals.

The value of stock exchange transactions today reached 4,354 billion tomans, which is the lowest value in the past month.

During today’s trading, the stock market and Azar, Lotus and Khamutour were stopped and the symbols of Kama, Shadus, Lapars, Desbehan and Thakht were reopened.

Mustafa Mohebbi Majd, a capital market expert, told Tejarat News about tomorrow’s market trend: “Tomorrow’s capital market is also balanced and positive.” Of course, it should be noted that even if the market trend is positive, it is cross-sectional and small.

He explained: “In the next few days, even if the market is negative, the intensity of its decline will decrease, and if it is positive, it will be weak and intermittent.”

What factors contributed to the stock market crash?

It has been two weeks since the stock market crashed and the index has lost its previous resistance level. In these two weeks, the negative signals received by the government were more than the positive signals.

But many divergences about cement pricing are heard by shareholders. For several days now, there have been repeated whispers of power outages in winter and reduced production of these factories.

Mass production activists in the country say that the price of construction materials has changed by 100 to 200 percent since last year, and now if the officials want to keep only one of the building materials cheap, there will be irreparable consequences for the market. Despite the fact that the Minister had announced yesterday that the price of each pack of cement has reached 25,000 Tomans, but in the open market, statistics show that each pack of cement has also reached 90,000 Tomans.

Thus, presumptive pricing speculation in various industries has already had negative consequences for the stock market. Also, a few days ago, in the open court of the parliament, it was agreed to liberalize car imports, but when this plan was recognized as expedient by the system, it was rejected, and now the hope for car imports has diminished.

Experts are of the opinion that with the liberalization and entry of foreign cars into the country, competition in the domestic market will not decrease and the price of cars inside the country will move towards becoming more real. These days, apart from the opposition of the Expediency Council to this issue, the Competition Council is also throwing a lot of stones in this regard, but it remains to be seen what the result of this plan will be.

Another important and influential factor in the negative movements of the stock market is the uncertain policy of the government in issuing securities. The interest rate on bonds and the uncertainty of government anti-inflation plans have made this factor play a more prominent role than the dollar in the market and has led to a decrease in demand in the stock market.

Also, in the last two days, the name of Ali Taybounia as the head of the Central Bank reached the ears of stock market activists, and it seems that the shareholders have been doubly excited by his anti-stock exchange remarks.

Opening, digging and visiting the members of the working group to facilitate and remove production barriers from the industrial units of the Special Economic Zone

Income from Kosar Insurance Investment is beyond forecast 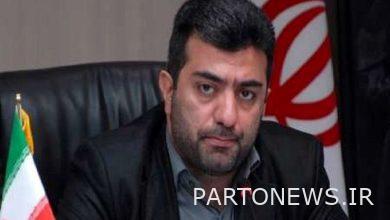