According to the visual correspondent of Fars News Agency, the German Mining Museum is the largest mining museum in the world and one of the most important research institutes in the field of history in Germany. For example, in 2012, more than 365,000 people visited the museum, and this number was increasing almost every year before the corona outbreak.

Founded in 1930 in Bochum, the German Mining Museum, as a research museum in the field of natural resources, is committed to the collection, preservation, research, display and transmission of historical heritage and minerals. Among the topics studied in this institute are research on the history and technology of mining, documentation related to it and preservation of cultural antiquities. Also in this museum, a section is dedicated as a center for documenting the history of mining. A museum that has many visitors every year and has recently become known to Iranian artists.

In addition, the museum has permanent exhibitions on mines and natural resources that can provide useful information about mines to those interested. Inside the museum there is also a renovated mine to give visitors a better experience and view of the mines. 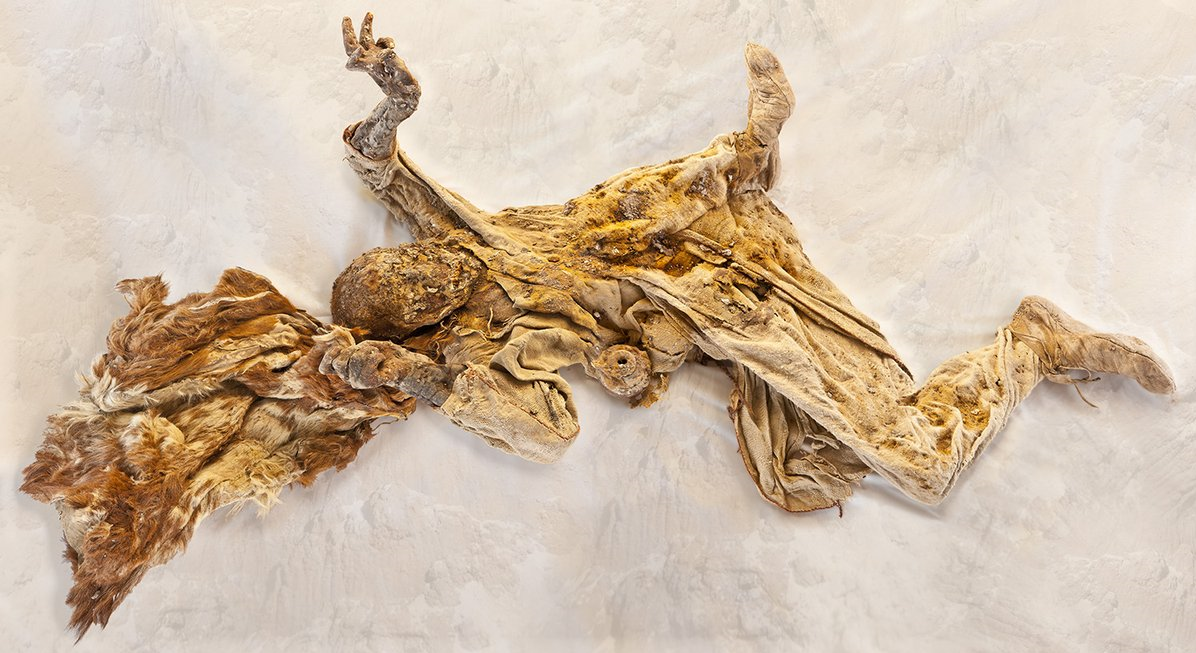 On the other hand, the German Mining Museum works closely with other research institutes and museums around the world. For example, the National Museum of Iran and the German Mining Museum in Bochum have started museum collaborations in line with the Memorandum of Understanding signed in 2017. The two museums planned to hold joint exhibitions this year, but due to the limitations of the Corona crisis, it was decided to hold the exhibitions virtually.

Therefore, earlier this year, the German Mining Museum hosted an exhibition entitled “Death in Salt, an Archaeological Narrative of the Land of Persia”, which can be viewed on the museum’s website. This exhibition examined the archeological activities and archaeological findings of the Chehrabad salt mine in Zanjan and showed the objects and tools found in the Chehrabad salt mine in Zanjan. In this virtual exhibition, images and graphic designs of the stages of the discovery of salt men in Zanjan and the results of Iranian and German research on salt men, fabrics, leather clothes and the stages of restoration of the discovered objects were displayed. 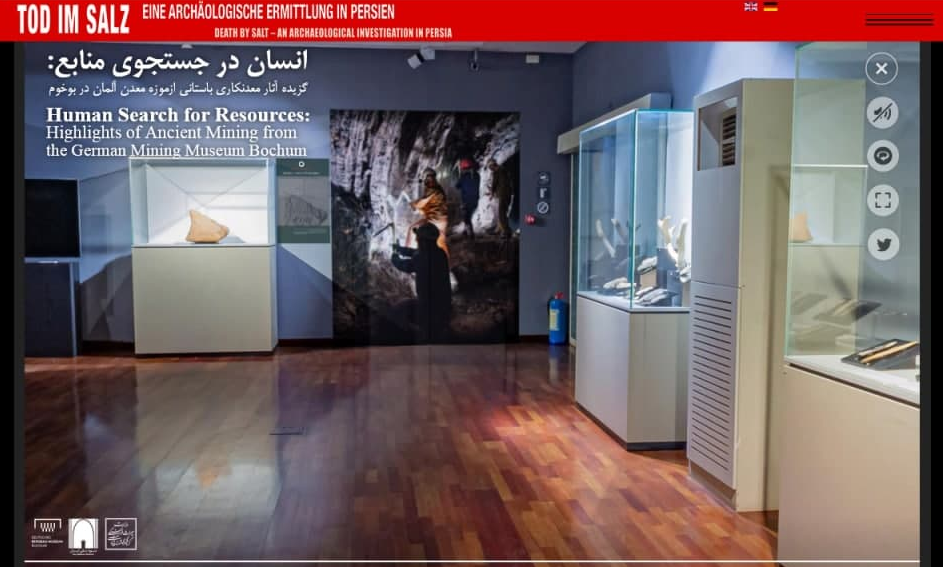 In front of the National Museum of Iran, the exhibition “Man in Search of Resources: A Selection of Ancient Mining Works of the German Mining Museum in Bochum” was displayed on its website. In this exhibition, more than 200 historical and cultural works on the subject of mining history from 20 countries (5 continents) from the Paleolithic period to the contemporary period were displayed.

* Mining experience in the 21st century

Visitors to the Bochum Mining Museum can experience a miner’s daily life realistically if they wish. Many of the machines on display move with the push of a button, and it feels good to touch them. In addition to a short guided tour of the mine, you can also take part in special guided tours; Where even former miners allow visitors to actually participate in their activities. The “Nights at the Mine” tour also allows you to explore the mine with a helmet and headlights.

Watch a movie from the German Mining Museum

In addition, the German Mining Museum is inspiring and full of exciting lectures, practical workshops for adults and special offers for children and school classes.

In the world’s largest mining museum, real experiences take place in the basement at a depth of 20 meters. At the same time, the rope-driving simulator gives the visitor the feeling of driving at a depth of 1,200 meters. After reaching the lower parts, the temperature change induces a realistic feeling of underground conditions, and watching large drilling machines has an effective role in strengthening this feeling. 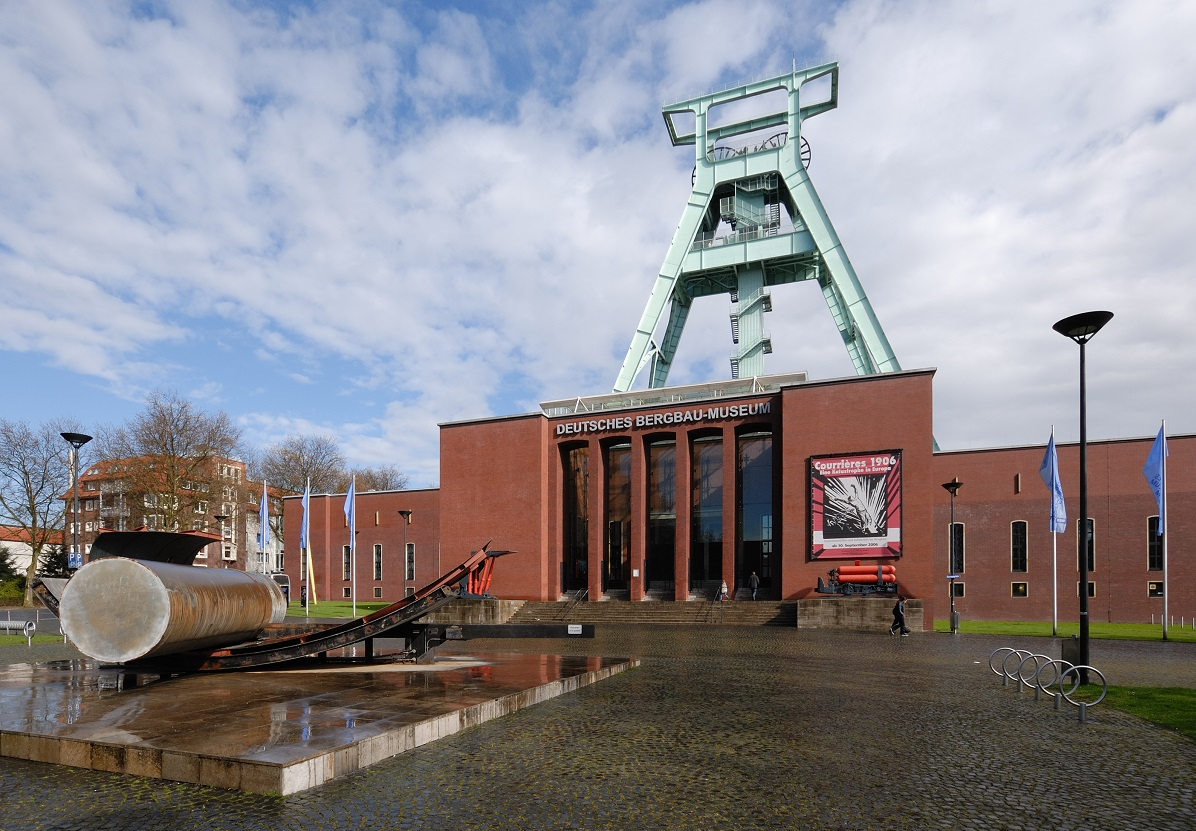 The Green Tower has been the urban landscape of Bochum since 1973. 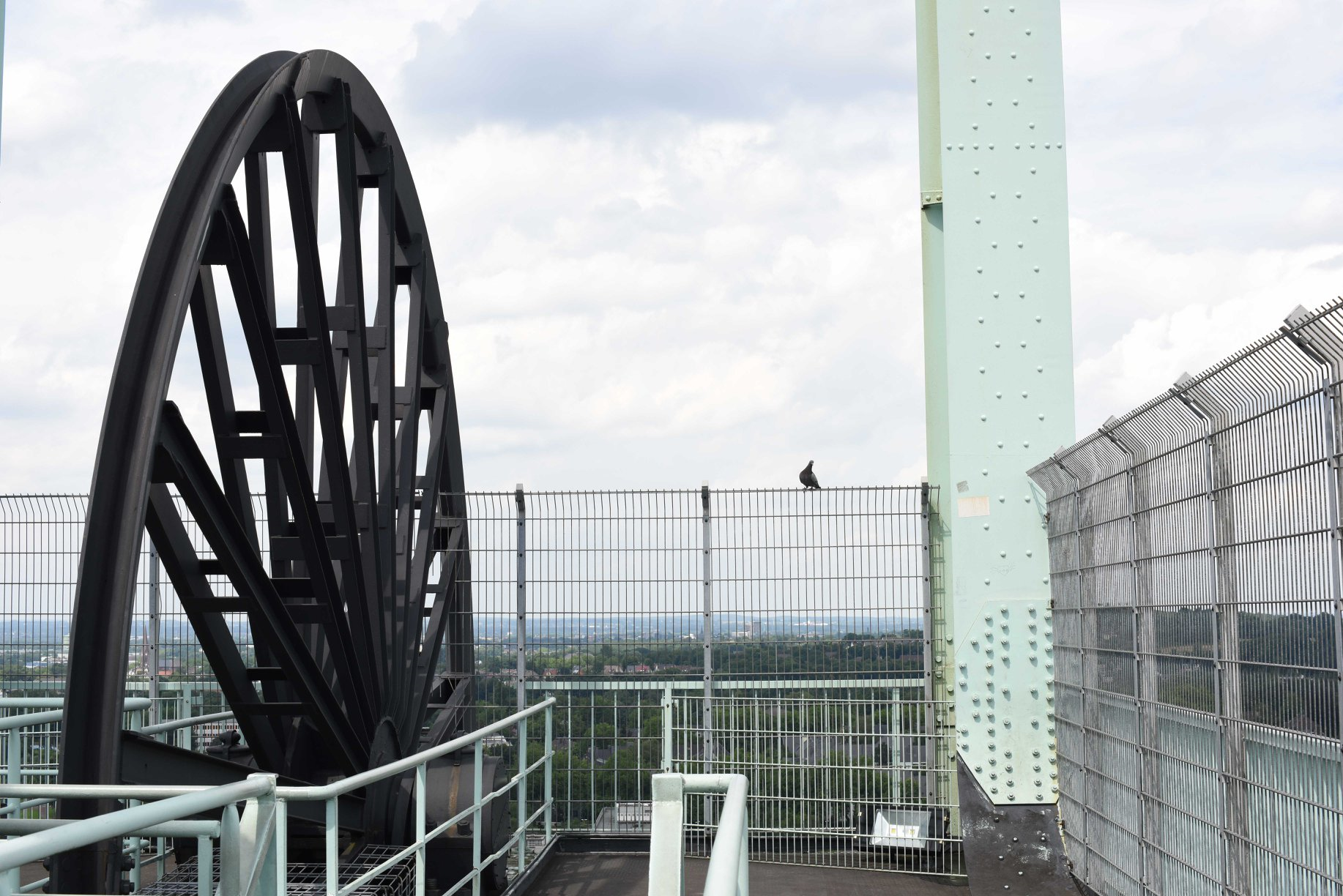 On the top platform of this tower and at a height of 71 meters, you can see beyond the city limits. 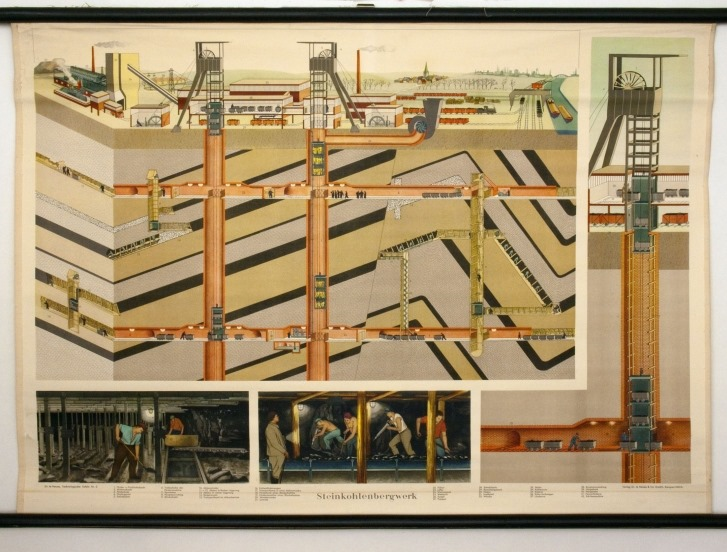 View of the underground map of the Bochum Mining Museum 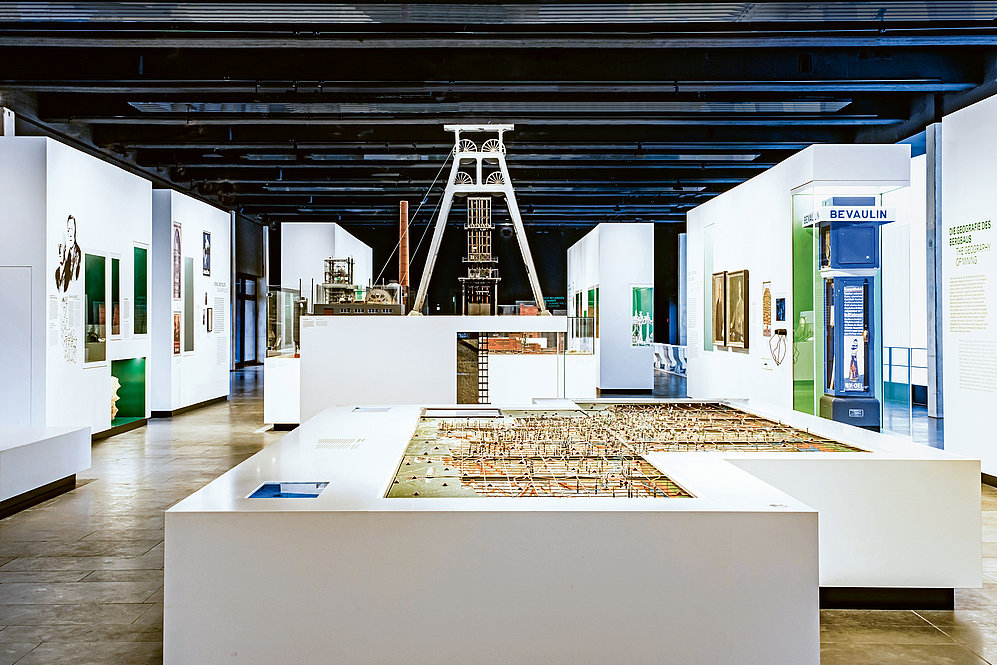 View from inside the Bochum Mining Museum 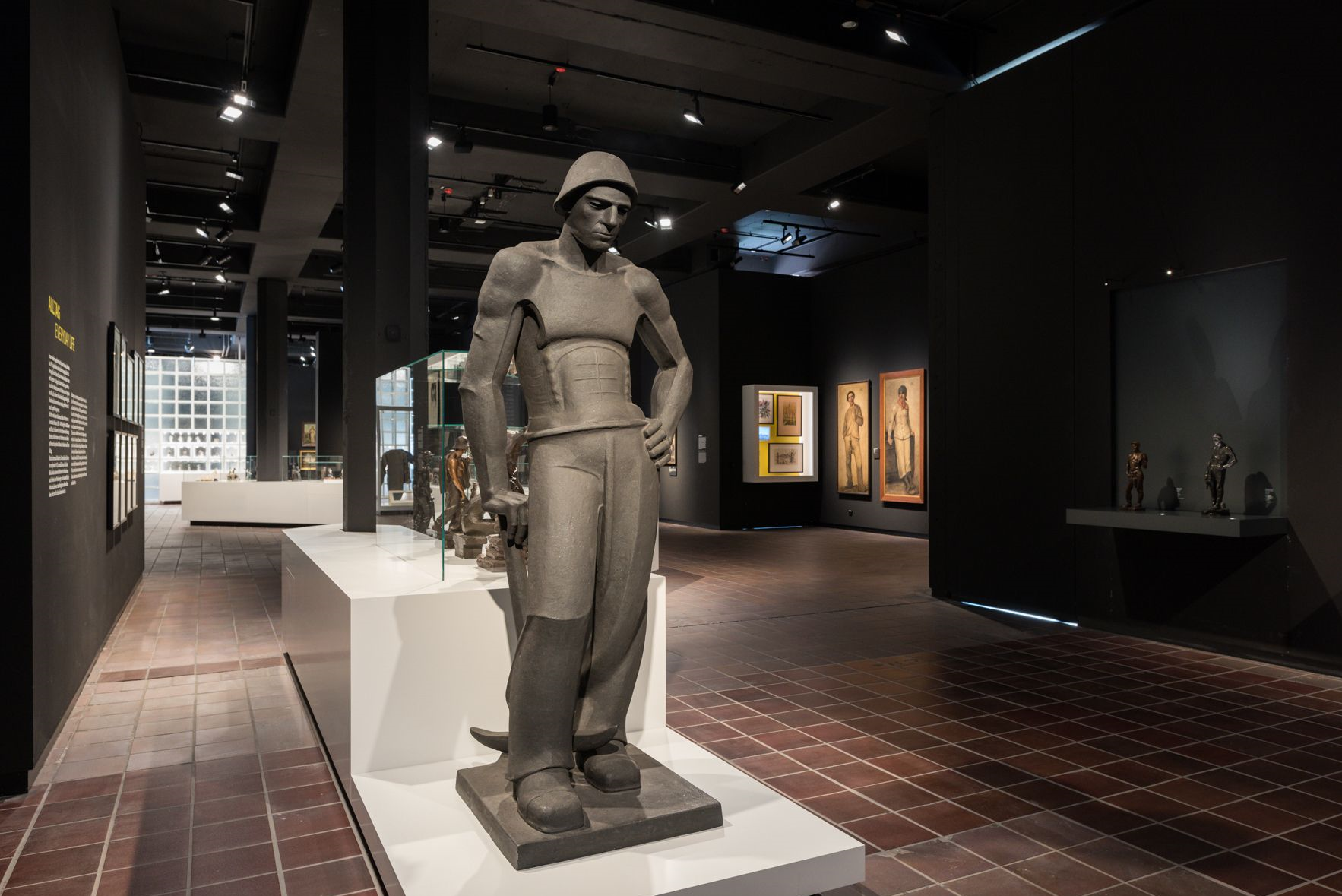 View from inside the Bochum Mining Museum

The miners drove more than a kilometer deep into the ground. In rope driving simulator, this feeling can be felt in the conveyor cage. 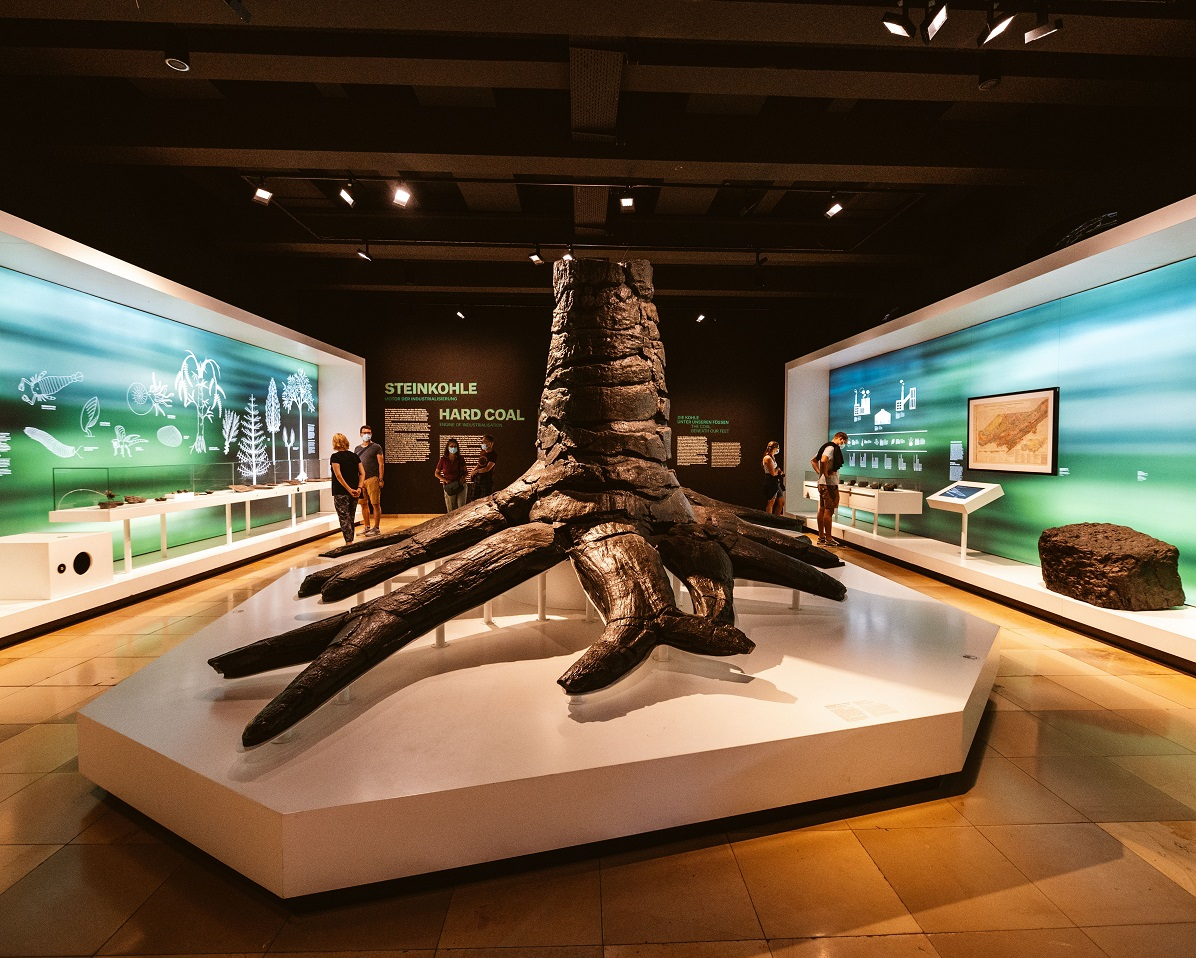 The carbon tree is on the “Hard Coal” tour at the permanent exhibition of the German Mining Museum in Bochum.

Former miners tell exciting stories in the mine. They can be found at various stations between 11am and 3pm. 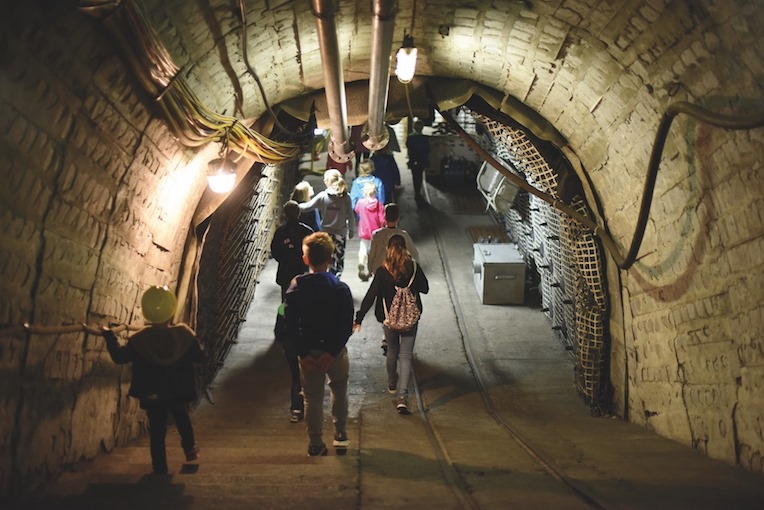 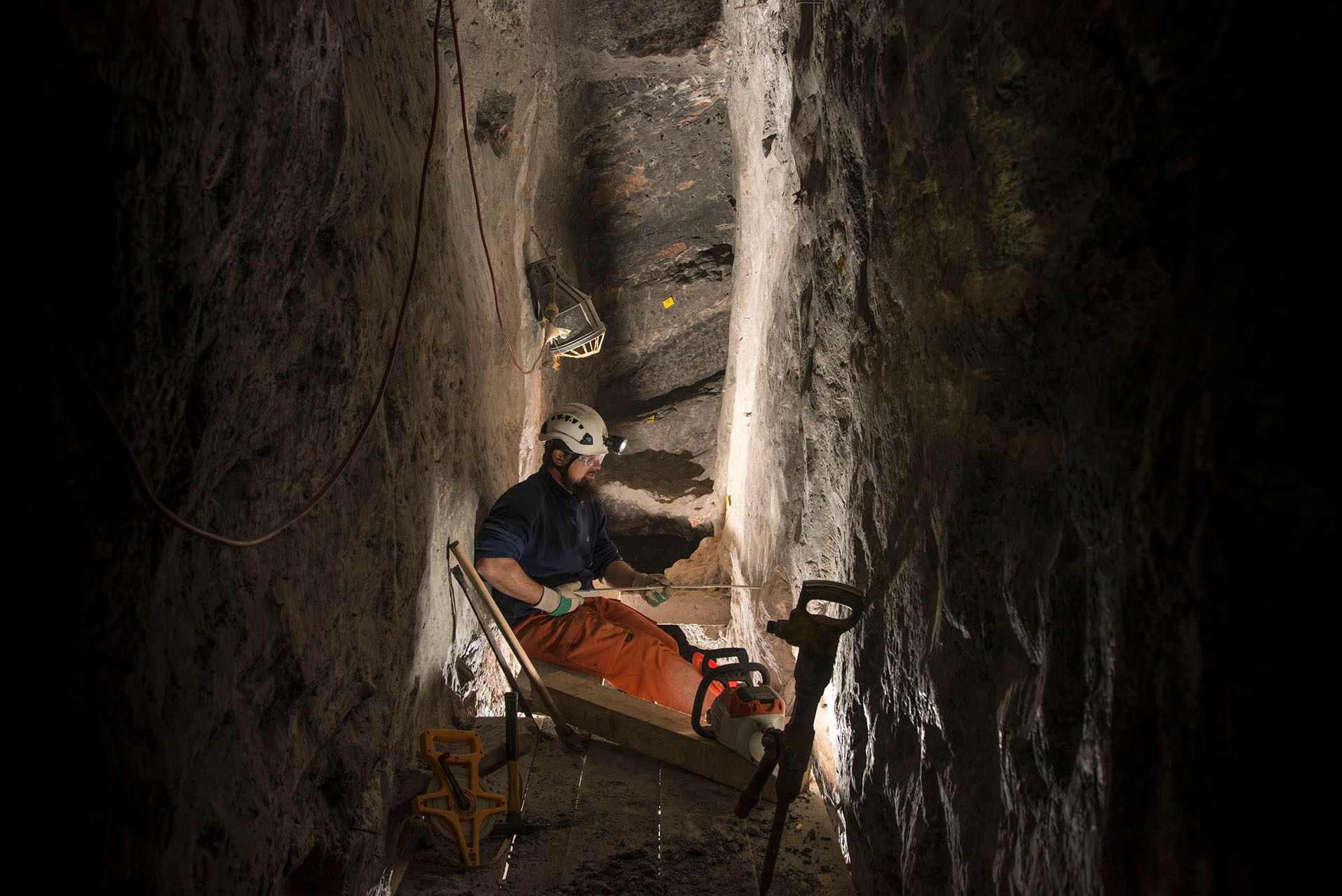 It is possible to experience mining in specialized tours. 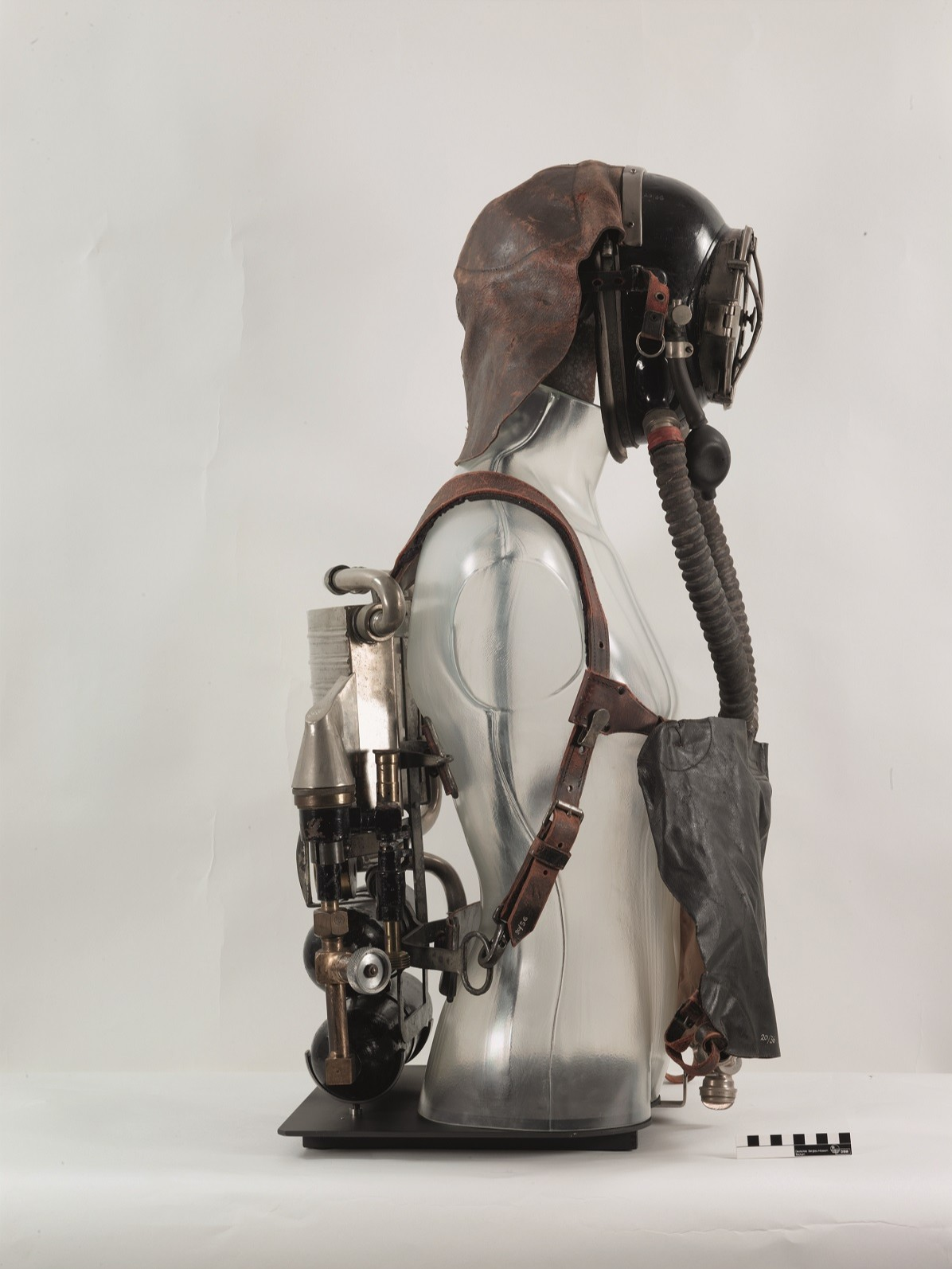 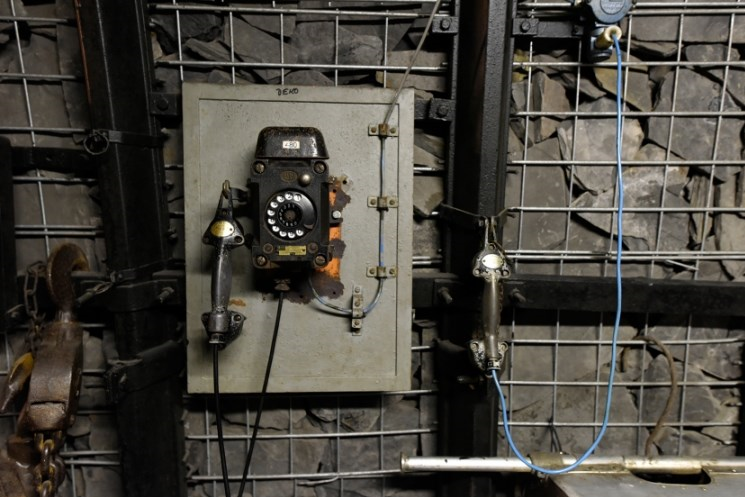 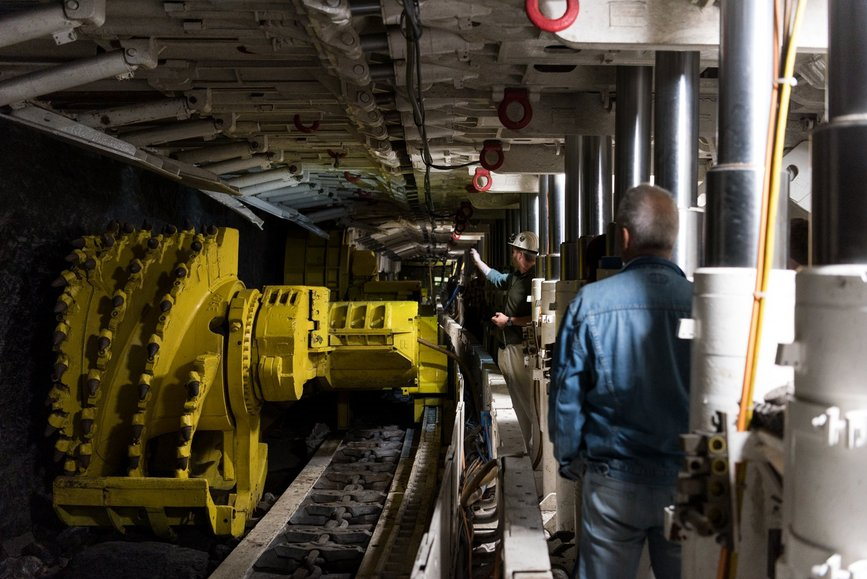 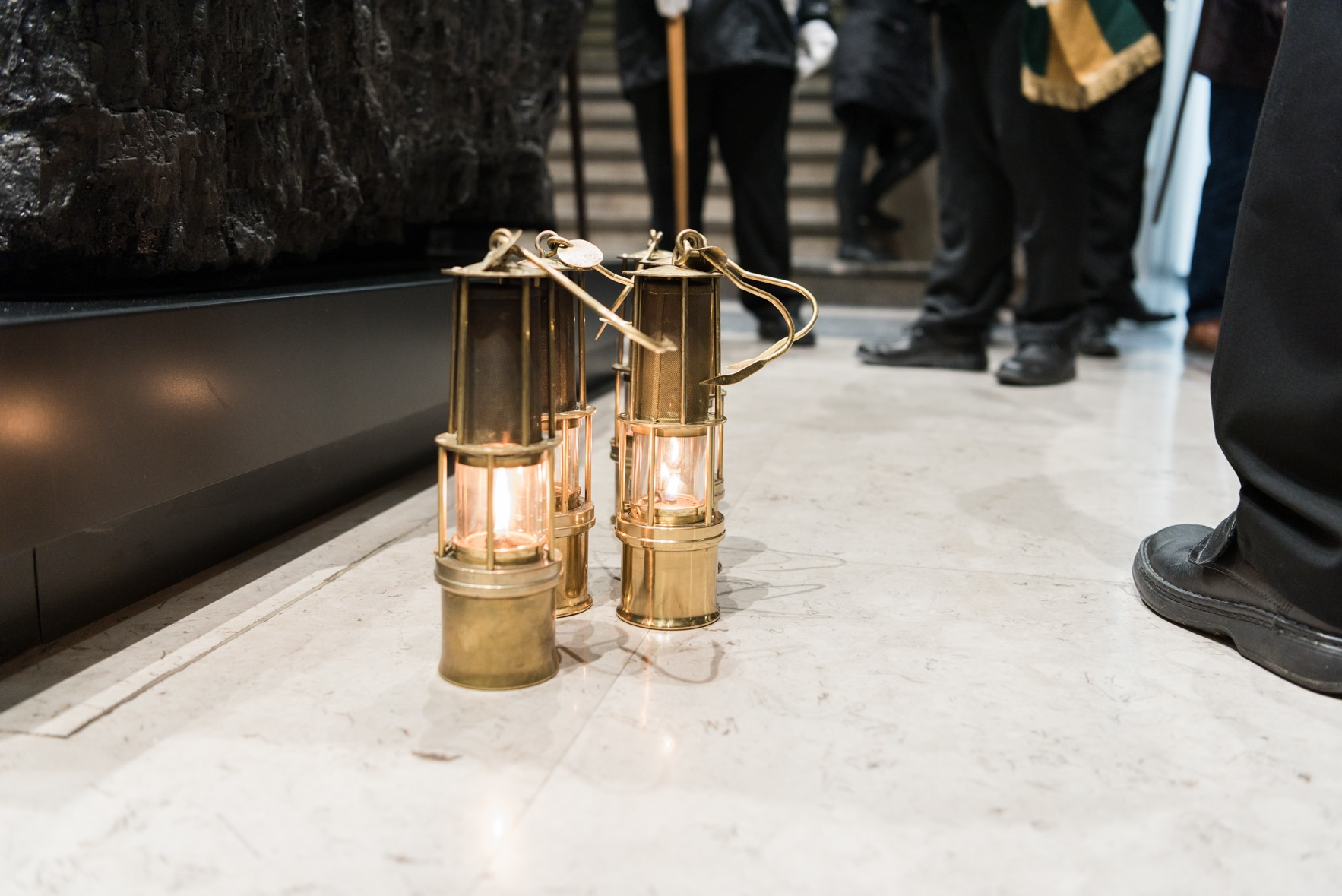 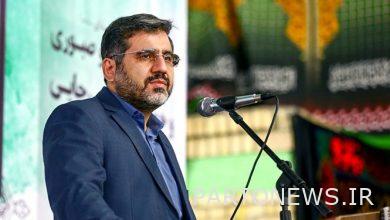 The editing and dubbing of “Kosovo” is over