The automaker has repeatedly stated that one of the main goals of price growth in December 1400 is to get the automaker out of production losses. Since 1998, with the escalation of sanctions and the rise in general inflation, exchange rates and the severance of partnerships with foreign automakers, the cost of production has risen sharply. Were not produced.

Thus, the publication of the statistics of the Cadal system showed that the country’s automobile industry, with the permission of the Competition Council price increase, still had a loss of 3,500 billion in terms of production.

In this regard, the “World of Economy” by examining the statistics of Kadal has concluded that the growth of 8.5 percent in June along with 18 percent in December can not only eliminate production losses, but also make the production of many products profitable.

But the basis of the calculation of the “world of economy” is that the 6-month statistics of carmakers’ sales, taking into account the growth of 26.5 percent (8.5 percent in June and 18 percent in December) to determine the profit and loss of production in car companies. This calculation shows that if the pricing authority had applied a 26.5% price increase from the beginning of the year, the automakers would not only have lost production, but also had a real profit in their account.

According to the “World of Economy” surveys, carmakers lost 2,100 billion tomans in the first six months of this year. What is clear is that Iran Khodro sold 187 thousand cars in the first 6 months of this year, while it lost an average of 14 million and 300 thousand tomans with the production of each car. 700 thousand tomans of profit was transferred to the account of this company.

According to the statistics provided, it is clear that carelessness in car pricing can land large companies such as the country’s car industry.

خبر پیشنهادی:   5000 Toman fuel price ceiling will be removed? / Ambiguity in the fate of petro-refineries

Over the past three years, rising general inflation, along with rising exchange rates, has dramatically increased the cost of production.

However, the Competition Council, considering its two items of productivity and quality, as well as its innovative formulation, somehow ignored the cost of production and issued a license to increase prices, which caused the automakers to suffer. Even now, many car industry experts and traders believe that an 18 percent license from the Market Regulation Headquarters is a housing order that will benefit automakers over a period of time, and with possible exchange rate growth and general inflation, the manufacturer will suffer again. Thus, what is clear is that the losses of the country’s automobile industry have been “zero with the approved price growth” at zero, but due to “inflation and rising costs”, stabilizing the price in this situation could once again cause losses to the producers.

During the first half of this year, the two major automakers of the country recorded a total production loss of about 3,500 billion tomans in their financial statements. (Previously, the loss of car manufacturers until the end of 6 months was about two thousand and 100 billion tomans, but Iran Khodro in its 6-month financial statements has recorded a profit of about 1,500 billion tomans in terms of parts and accessories sales. If the profit from parts sales from Let’s deduct the income of Iran-Khodro. The production losses of Iran-Khodro and Saipa will amount to about 3,500 billion Tomans.

This price increase was applied in two time periods of 3 months and 9 months. We were at the end of September this year as well. But the procrastination of the car policymaker caused the car companies to receive the price increase license with a distance.

This delay has caused the license to increase prices for car companies to play the role of medicine after Sohrab’s death, and they not only do not deposit profits in the production area, but also witness losses in this area.

By the end of September of this year, the two major automakers of the country sold a total of about 358,100 vehicles (this sales volume includes only high-volume products of Iran, Khodro and Saipa). In terms of sales of this number of cars, they lost more than three thousand and 500 billion tomans.

If we divide this amount of production loss by the number of cars sold, the loss of each car sold by the end of September will be an average of 9 million and 800 thousand tomans.

Now, let’s assume that the car policy maker allowed the two major car manufacturers of the country to apply the price increase on their production cars from the beginning of this year. In this case, not only would they not suffer losses in the production sector, but also profit from this area would be recorded in their financial statements. Based on the same number of sales that occurred by the end of September, with the new prices, the profit of Iran-Khodro and Saipa (except Pars-Khodro) was about seven thousand and 300 billion Tomans.

If we divide this amount by the number of cars sold, the profit of each car sold would be recorded as an average of 20 million and 300 thousand tomans. Of course, it should also be noted that even with the new prices, some of the automakers’ products were selling at a loss. Among Saipa’s products, Shahin continued to sell at a loss until the end of September this year, despite announcing a 26 percent increase in prices.

Now we go to Iran Khodro retail sales to calculate the profitability of each product. Special road crews sold about 187,300 vehicles.

From this number of sales until the end of September of this year, Iran-Automobiles invoiced a total of about 132,300 units of various Peugeot family products. If these products were sold at December prices, at the end of September, after deducting the production cost, about two thousand and 220 billion tomans of profit would be transferred to Iran Khodro’s account.

The special road irrigators had the opportunity to receive about 425 billion and 500 million Tomans profit from the sale of about 24,300 units of Samand Group members with new prices until the end of September, after deducting production-related costs.

The blue giant of the special road invoiced more than 20,500 Dena devices to customers by the end of September. If this number of dena was sold at the announced prices in December, this carmaker would have made a profit of about 994 billion and 500 million tomans by the end of the first half of this year in terms of selling this number of dena after deducting the production cost.

The sale of Rana was also announced according to Kedal financial statements until the end of September, about 10,100 units. If the blue giant of the special road could sell Rana at new prices, they would have deposited about 431 billion and 300 million tomans in their account in the mentioned period after deducting production costs.

Now we go to Saipa. The other major automaker in the country delivered about 170,800 units of its products to customers by the end of September. Of this number, a total of about 150,300 Tiba devices were invoiced for its customers.

The sale of this number of Tiba by the end of September with new prices could have transferred about two thousand and 680 billion tomans of profit to the carmaker’s account after deducting production costs. Saipais sold a total of more than 11,400 Pride vans by the end of the summer season. If this number of vans was sold at new prices in the mentioned period, this car manufacturer would receive a profit of about 762 billion tomans after deducting the production cost. The automaker, which lives on the 15th kilometer of the special road, sold a total of more than 9,000 falcons by the end of the first half of the year.

As mentioned, the sale of this number of falcons was accompanied by losses for this automaker, even with the application of new prices at the end of September. By the end of the summer season, the special road oranges lost more than 215 billion tomans in terms of sales of this new product. 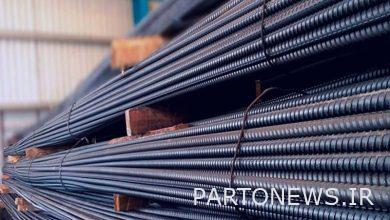 Iron and rebar prices today / Why did buyers withdraw from the iron market? 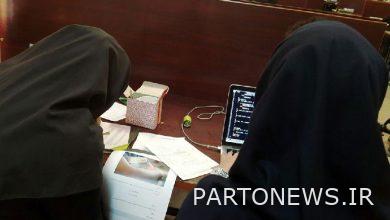 What is the story of Shebander’s low cash deposit? / Did the brokerages make a mistake? 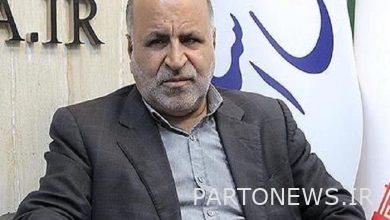 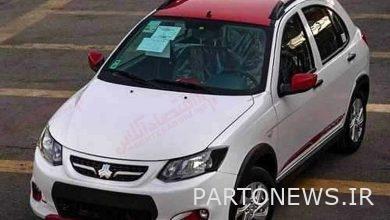